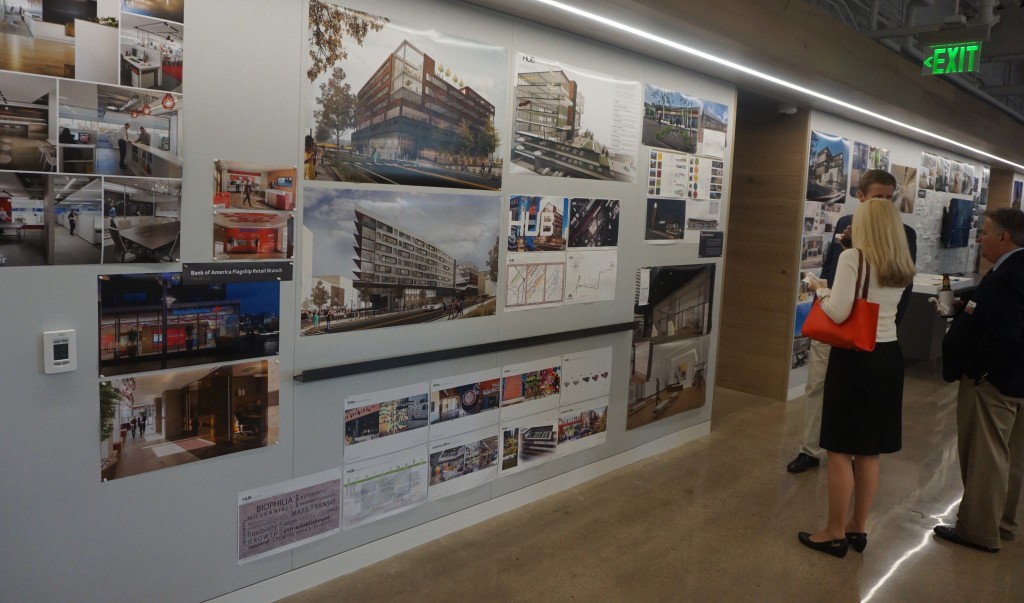 Gensler put its new office on display at a Thursday event. Photos by Burl Rolett.

A major architecture firm is showing off its latest Denver design project: its own office.

Gensler has settled into new digs at 17th Street Plaza and threw open its doors for a soiree Thursday afternoon. 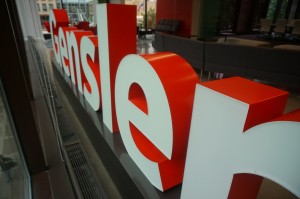 The firm is behind the new DIA Westin hotel.

The architecture firm relocated from 1625 Broadway to 1225 17th St. Gensler signed a 15-year lease for 23,000 square feet on the building’s first and second floors last year. Renovations took about six months, and Gensler moved in this spring.

The architecture firm did have to pay a premium for its street-fronting space, but evened out its rental rate by taking the second story and some less desirable first-floor real estate.

The office holds about 90 employees. Gensler designed the office to leave room to grow. Its work stations, for example, were built so they could be easily condensed to squeeze in more workers. Open rooms were also designed to be converted into standard desk space.

Gensler put its new office on display at a Thursday event. Photos by Burl Rolett.

A large architecture firm showed off its new 17th Street Plaza office on Thursday after a move from Broadway.