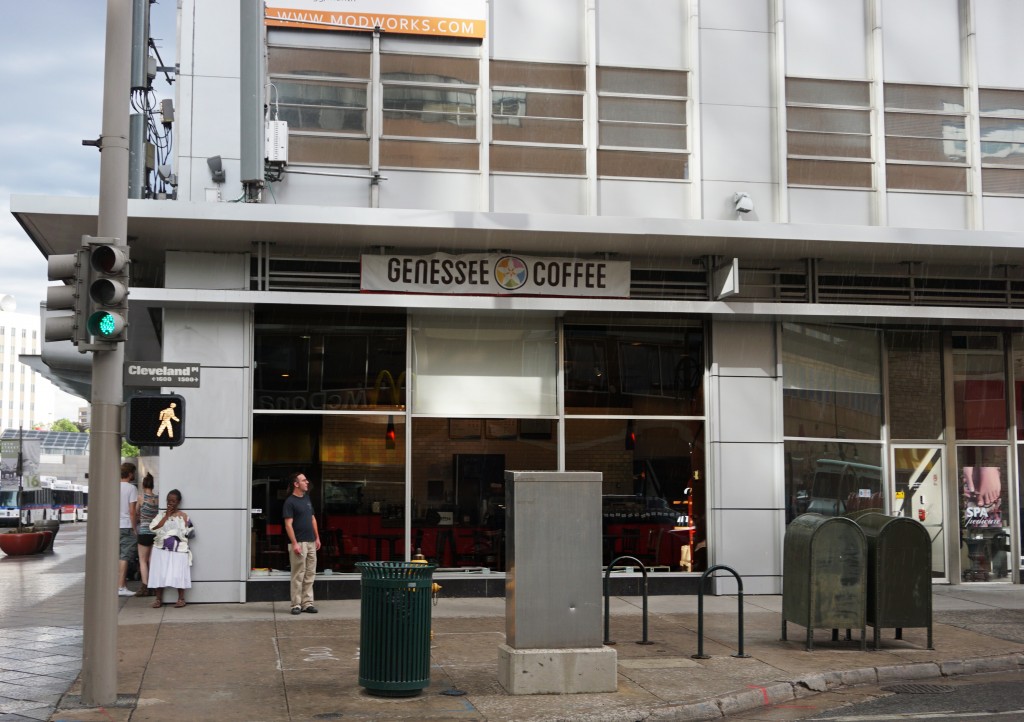 A former Dazbog location at 110 16th St. was recently converted into a Genessee Coffee. Photos by George Demopoulos.

The already soured relationship between a Denver coffee chain and a former franchisee continues to curdle in court.

In its complaint, Dazbog requested that Padbros be forced to close its coffee shops. It also wants anyone working for Padbros to be banned from opening coffee shops within 10 miles of a Dazbog for the next two years.

Douglas Norberg, a lawyer representing Padbros, said in a written statement that Dazbog exploits its franchisees by charging prices that are considerably higher than industry standards for products that must be purchased from Dazbog.

He referenced a prior case involving a different group of franchisees that ruled the franchise agreements weren’t enforceable and released the franchisees from their contracts. One of those franchisees was Genessee Elinoff, who then converted her DTC Dazbog into the first Genessee Coffee in October.

This is not the first time Dazbog and Padbros have sparred in court.

In October, Padbros sued Dazbog over what it claimed were unfair prices on supplies like cups.

Dazbog then sued Padbros last month to terminate its lease at 1200 Clayton St. Both of those cases are still active.

Yuffa founded Dazbog in 1996 with his brother Anatoly. Since then, it’s grown to include 28 locations from Castle Pines to Cheyenne.

A former Dazbog location at 110 16th St. was recently converted into a Genessee Coffee. Photos by George Demopoulos.

The dispute between a large Denver coffee chain and a former franchise owner is again heating up in court after the franchisee suddenly rebranded two shops.