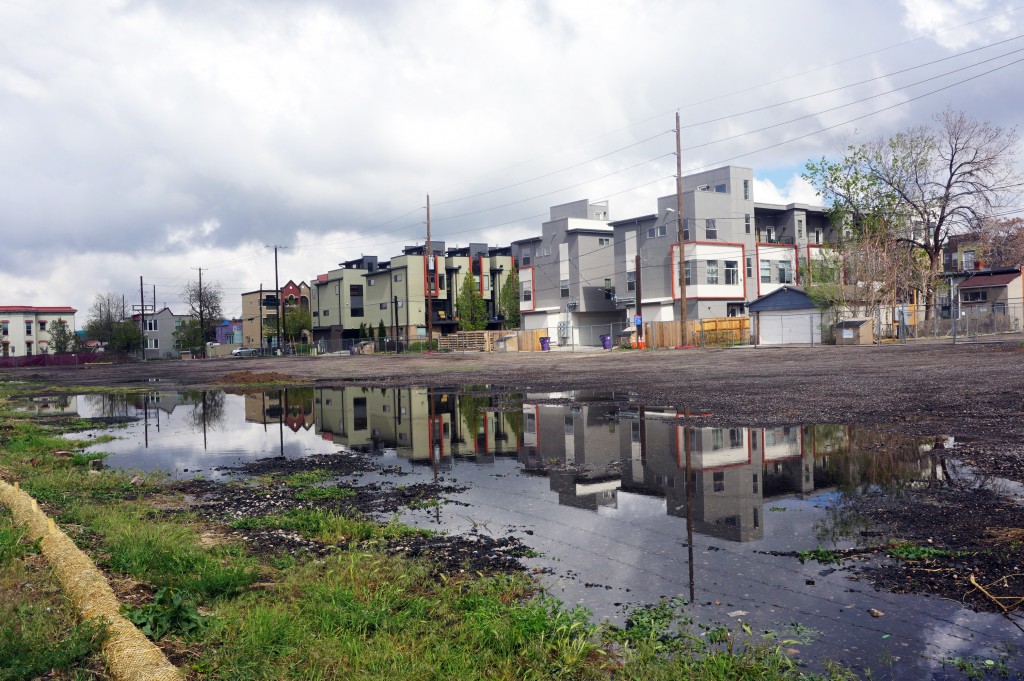 Land has been cleared for a large apartment project on Welton Street. Photo by Burl Rolett.

Crews are set to start digging on another massive Welton Street apartment complex.

A new 223-unit apartment project at 2300 Welton St. could begin construction in the next week, said Brian Mortimore, a Calcon Constructors project manager overseeing the build. More than $20 million worth of building permits were issued earlier this month on the project.

Site plans approved by the city late last year call for two buildings on the site. The larger structure will run along Welton Street between Park Avenue West and 24th Street. That building will house 195 apartments. The other 28 apartments will be in a smaller building at 501 Park Ave. West.

Humphries Poli Architects designed the project, and Calcon is the general contractor. Mortimore said construction will take about 16 months.

2300 Welton is sandwiched between another pair of major residential developments planned for the Five Points thoroughfare.

Palisade Partners is working on a hybrid apartment-and-townhome development one block over at 2460 Welton St. On the 2200 block, Fairfield Residential has submitted conceptual plans for 300 more apartments, and The Loft Brokers is adding another nine at the former Melbourne Hostel.

Land has been cleared for a large apartment project on Welton Street. Photo by Burl Rolett.

The Five Points skyline continues to change - and another 220 apartments are getting ready to go up.