Renovations are ongoing at the future home of a new tavern concept. Rendering courtesy of Blue Plains Tavern.

After several years hunting for just the right location, Neil Jorgensen is renovating a Sunnyside corner he hopes will become the local hangout.

Construction is still in the bidding process, but Jorgensen estimates the renovations will cost between $400,000 and $500,000.

“I wanted a neighborhood spot,” he said. “That neighborhood is starting to take off, but they really want something to call Sunnyside over there.” 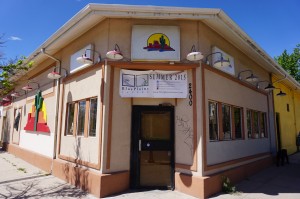 Jorgensen bought the property in December for $685,000. He’d originally planned on leasing the space but bought it when the previous tenants moved out.

Jorgensen, 38, sees the Blue Plains Tavern as an alternative to the hip Highlands restaurant scene.

“There are some single, middle-aged people who are starting to move into that neighborhood,” he said. “But I’d say the majority will be families, whether it’s bringing the kids in or just mom and dad sneaking out for the night.”

Jorgensen has worked at Marlowe’s and Stoney’s Bar & Grill, but decided recently to go full-time with his plan for the Blue Plains Tavern. This will be his maiden voyage as a restaurant owner.

“I started this business plan about three years ago, and I just couldn’t find a spot for it,” he said. “Toward the end of last year, I stopped working at restaurants and started doing this full-time, and it took off from there.”

Renovations are ongoing at the future home of a new tavern concept. Rendering courtesy of Blue Plains Tavern.

After a long hunt for the right space, a first-time restaurant owner has pinned down a Sunnyside space for his tavern concept.