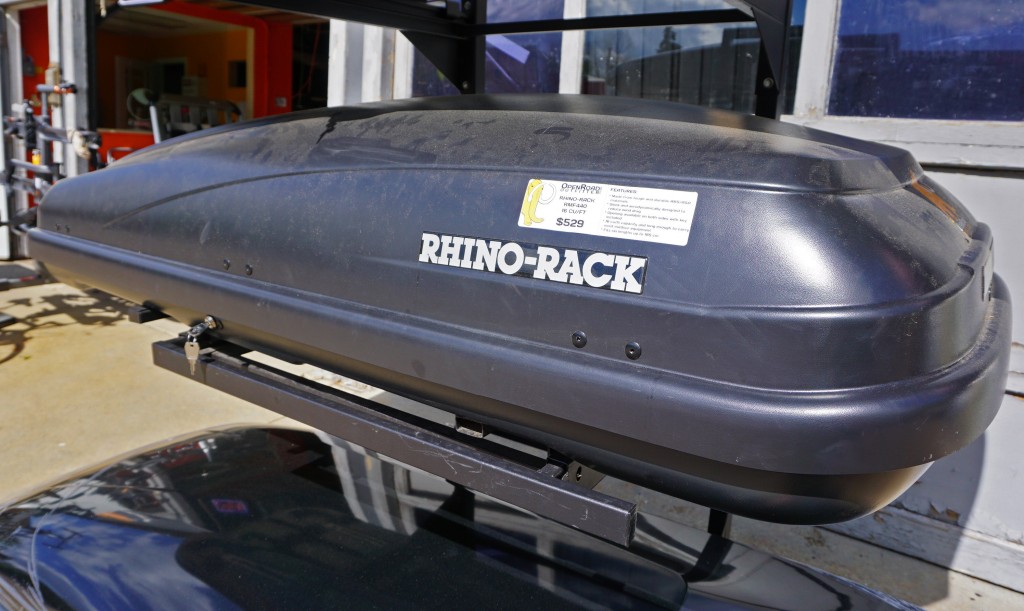 Rhino-Rack, which sells its products locally at OpenRoad Outfitter, is moving its Aurora facility. Photos by George Demopoulos.

Car rack manufacturer Rhino-Rack is packing up for a bigger warehouse in Denver.

The Sydney, Australia-based company is more than doubling the size of its North and South American headquarters in Aurora to keep up with demand for its various outdoorsy racks.

The facility, located at 2450 Airport Blvd. in Aurora, is 25,000 square feet and will take over the company’s e-commerce and shipping needs. The current Rhino-Rack headquarters, at 14600 E. 35th Place in Aurora, is 12,000 square feet, according to General Manager Robert Leix.

“We’re moving to get more space. We’re expanding rapidly, and demand for the product is increasing,” Leix said. “Our business is expanding quite remarkably. It’s grown about 30 percent between last year and this year.”

He credited increased awareness of Rhino-Rack’s brand as the driving force behind the company’s growth. Rhino-Rack competes with other big brands like Yakima and Thule.

Leix couldn’t give an exact date for the move but said that it would be completed by the end of June.

Rhino-Rack signed a five-year lease on the building, with options to extend. Leix declined to comment on the monthly price of the lease, but said that rates in the area are cheaper than the rest of Denver.

“Warehouse space in general is scarce. A lot of it is a result of this marijuana influx,” he said. “If we moved substantially away from this area, warehouse rates would be more expensive.”

Rhino-Rack was founded 23 years ago in Sydney and opened its metro area operation in 2009. The Aurora facility fills e-commerce sales through outlets like Amazon, Leix said, and also ships to brick-and-mortar retailers in 36 states, Canada and South America.

Rhino-Rack, which sells its products locally at OpenRoad Outfitter, is moving its Aurora facility. Photos by George Demopoulos.

An Australian car rack manufacturer is packing up its Aurora warehouse and plans to move its North and South American headquarters into a larger space.