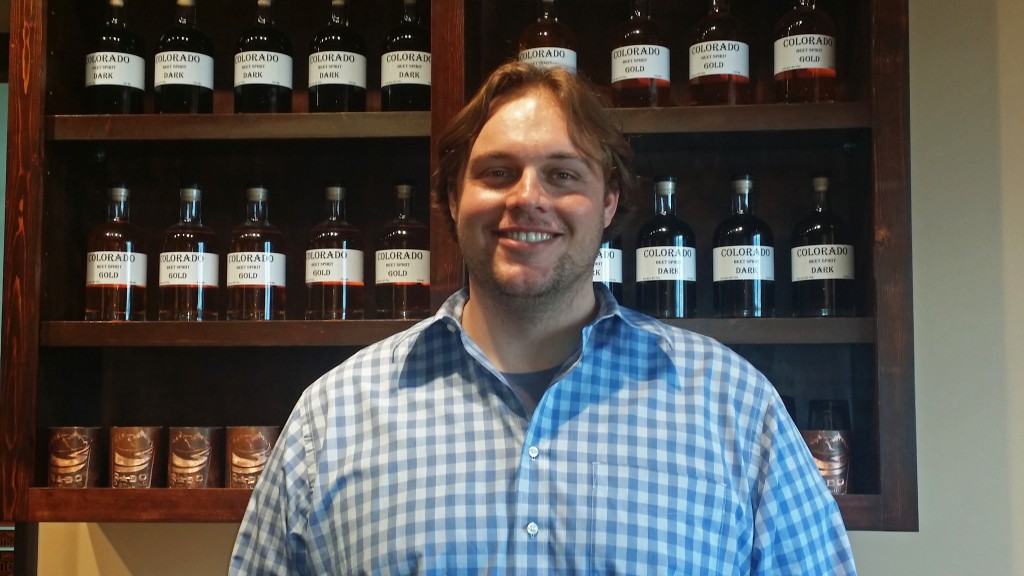 Devin Mills is launching a distillery and taproom this weekend. Photos courtesy of Rado Distilling.

Like so many entrepreneurs before him, Devin Mills spotted a neat idea while traveling – in his case, Down Under in Australia.

On Saturday, Mills will open Rado Distillery in Arvada, offering Denver’s cocktail connoisseurs an unusual way uncork a cold one.

“We’re doing kegged and canned cocktails,” Mill said. “We designed the entire facility around this concept.”

Rado Distillery will make its own rum, but its flagship product will be the cocktails, including flavors such as a Dark and Stormy.

Mills is targeting younger, more active drinkers for his canned creations. He sees the cocktails’ main consumer as someone between the ages of 22 and 34 who likes to drink with a view.

“The reason we’re doing cans is so you can take these cocktails fishing and skiing,” he said. “With glass bottles, there are a lot of limitations, but with cans, you can just throw it in a cooler.”

Mills isn’t the only one who’s putting cocktails in a can. BusinessDen reported on Tuesday that Mile High Spirits was canning and distributing Moscow Mules in four cities across the U.S. 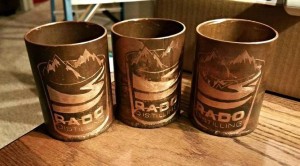 Rado will have a bar and also sell canned cocktails and its bottled rum.

Mills is also negotiating with bars around the metro area to put the kegged cocktails on tap. He’s targeting bars that already deal heavily with Colorado craft beer and spirits. Kegged cocktails are advantageous to bars, Mills said, because they can use the same delivery system as kegged beer.

“You can pull out keg of craft beer, plug in one of our cocktails, and then pour,” he said.

The cocktails are mixed using Rado’s localized take on a classic liquor.

Mills uses sugar beets as a substitute for sugarcane when distilling his spirits. The beets are processed into molasses at Western Sugar Cooperative in Fort Morgan. It’s an attempt to keep every ingredient grown in Colorado.

Like rum, the beet spirit comes in three types: dark, white and gold. And Rado will sell bottles of sugar beet spirits by the bottle at the distillery.

The distillery is located at 5405 West 56th Ave. in Arvada. Mills is renting a 5,040-square-foot facility, and about 450 square feet will be a tasting room with a 30-person capacity. The lease offers a three-year term at $7.25 per square foot and allows for two additional two-year extensions.

“That gave us a little flexibility but also lets us lock in a lower rate as this area grows,” Mills said. “We’re right by the Sheraton stop on the Gold light rail line.”

Mills invested $550,000 into his distilling system, which includes a 2,000-gallon bright tank used for carbonating cocktails. Mills anticipates that Rado will be able to produce 8,000 gallons of cocktail a week once the distillery reaches its full output abilities – but that could take some time.

Mills discovered kegged cocktails while on a trip to Australia. He ordered rum at a bar, and watched as the bartender filled up a pitcher in one step.

“We tasted it, and it was rum and coke on tap,” he said. “I wanted to bring that to people in our distillery. That kind of spiraled as we pitched it to people – we thought, if we can do it on draft, why can’t we do it in cans?”

Devin Mills is launching a distillery and taproom this weekend. Photos courtesy of Rado Distilling.