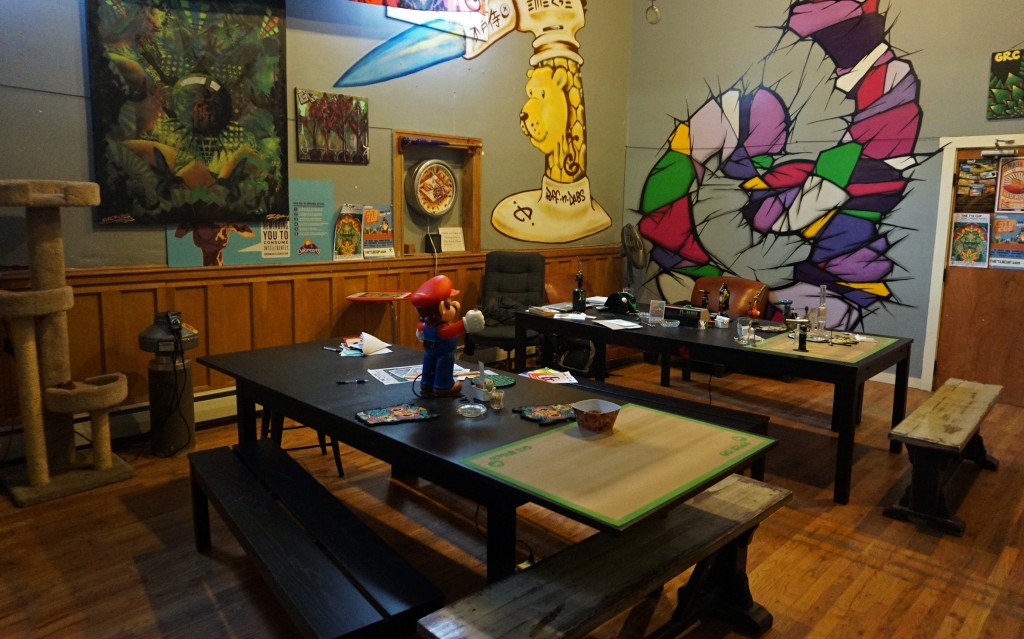 The Break Room, a private marijuana smoking lounge, was shut down by its landlord. Photos by George Demopoulos.

A LoDo clothing shop is going to need to find a new joint for their store after a raid by Denver Police on their next-door smoking lounge.

Clothing designer Grassroots California received an eviction notice from its landlord Monday giving the company 30 days to vacate. It’s the landlord’s best defense against being pulled into a legal battle that began last month when Grassroots’ private marijuana club, “the Break Room,” was raided by Denver Police.

“(Denver PD) basically gave (our landlord) the option to evict us in 30 days or have a case against him. I got my eviction notice,” Grassroots founder Ryan Connolly said. “We intend to fight this, and we aren’t going to accept a plea. 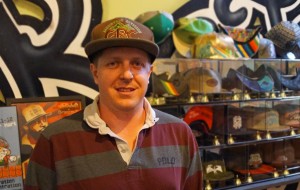 “If anything, I thought I was doing the community a service,” Connolly said. “If they really don’t want people smoking in public, then let them come here.”

Connolly said the club was operating legally and separately from the clothing store. He said he didn’t sell any marijuana in the Break Room and checked IDs to make sure members were over 21.

The city and county of Denver beg to differ.

They’re prepared to file a nuisance abatement action – a section of municipal code that allows the city to close a property for up to a year – against the building’s landlord, according to Melissa Drazen-Smith, Denver’s assistant director of prosecution and code enforcement.

“If the landlord wants to come to some sort of agreement and say, ‘I’m not going to allow them to have a marijuana business in there,’ that ends the issue,” she said. “The landlord makes that choice.” 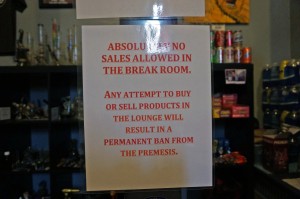 Connolly maintains that he didn’t violate any license laws because pot wasn’t sold on the property.

The property owner served eviction notices to both the Break Room and Grassroots’ clothing store, which sells mostly hats, on Monday.

Grassroots had just extended its lease in January for another three years, Connolly said. The company pays $6,000 per month on the 3,800-square-foot space. The location included a 2,300-square-foot sales floor walled off from the 1,500-square-foot Break Room.

The Break Room, which opened about a year ago, acquired nearly 4,000 members before its closure, Connolly said. The most popular membership was a three-day $10 pass.

The clothing designer’s troubles began around 7 p.m. on April 19, when the Break Room hosted a party for app design company Mobile Green Cards that drew about 100 people. Two undercover Denver Police officers signed up for memberships to gain entry to the Break Room party and were offered dabs of concentrate by a member of Mobile Green Cards in exchange for downloading the app, Connolly said.

At that point, the police called for backup to move in and break up the gathering. 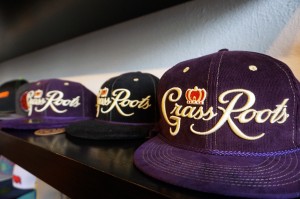 Grassroots products are carried by 300 retailers worldwide, according to its website, but the Larimer location is the brand’s only store.

Connolly’s attorney, Jeff Gard of Gard & Bond, said his client won’t see any jail time – and will be able to reopen the Break Room soon.

“What makes the Break Room legal – as the city attorney will soon find out – is that the only two prohibitions against marijuana clubs are that they are private and do not violate the Colorado Clean Indoor Air Act,” Gard said.

He cited a private club exemption to the Clean Indoor Air Act, which he claims the Break Room met.

For now though, Connolly is focusing on fighting the charges against him. He plans on finding another location to reopen a Grassroots store or sell the clothes food-truck style.

“We’re on pace for a record year as far as business goes,” he said. “Our goal is to open a pop-up store in Barcelona next month. Unfortunately, now my main focus is on this.”

The Break Room, a private marijuana smoking lounge, was shut down by its landlord. Photos by George Demopoulos.

A LoDo clothing shop has been evicted after a raid by DPD. And the owner has started a crowdfunding campaign to cover mounting legal bills.