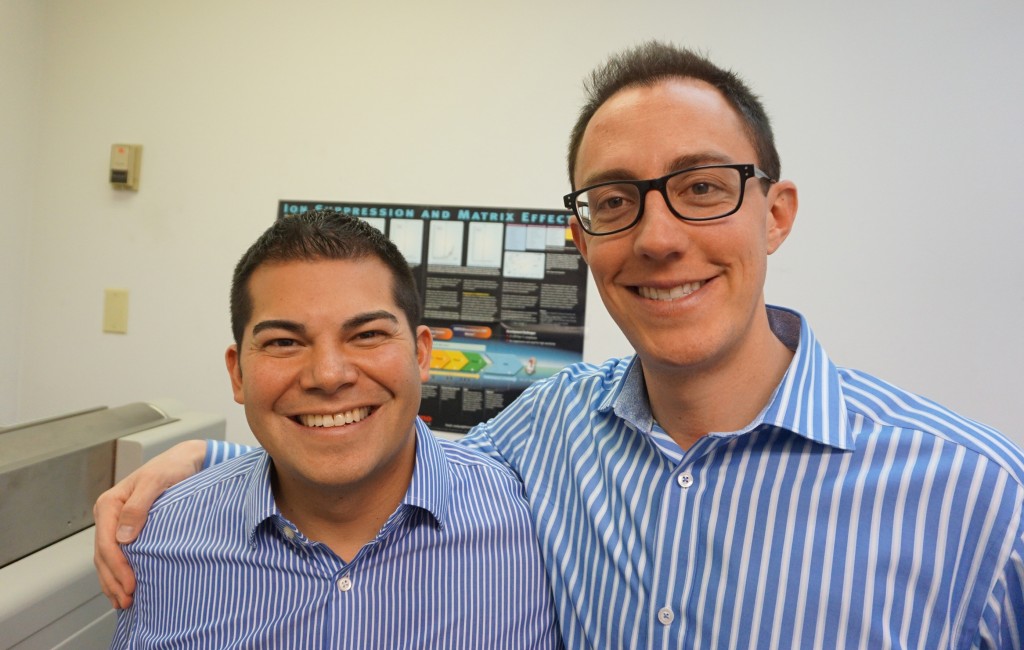 For the president of a food and animal testing lab, the marijuana industry is starting to look like a good investment.

Seth Wong and JJ Slatkin are putting $1.7 million into a new marijuana testing lab called TEQ Analytical Labs.
Wong, 34, is the president of Industrial Laboratories, where he’s worked since 2003. His family owns a majority of the 70-year-old Denver-based food and drug testing lab.

“We’re sitting here, watching the industry, and we realize that we’ve got these competitive advantages,” Wong said. “We have experience testing drugs, and we understand how to test raw materials like plants.”

TEQ is slated to open by the end of July and will test cannabis flowers and concentrates for a variety of factors including intoxicating power and the presence of contaminants like microbes, fungus, bugs and pesticides.

Cannabis testing is mandatory for pot stores – all recreationally sold pot has to be tested before it can hit the shelves. Brian Ruden, founder of the Starbuds chain of recreational marijuana stores, said between his four shops, he spends about $3,000 per month testing cannabis samples. 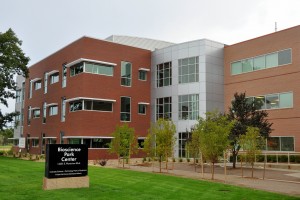 The lab is setting up in the Fitzsimons Bioscience Park. Photo courtesy of JJ Slatkin.

Wong and Slatkin have already found a lab space for TEQ, which will be an entirely separate entity from Industrial Labs – and for legal reasons; Industrial Labs has federal licenses. The 5,200-square-foot lab space is in the Fitzsimons Bioscience Park Center on the Anschutz Medical Campus.

The pair has raised about 60 percent of a $1.7 million goal. Funding has come from seven private investors.

Slatkin, whose background is in finance, said he hopes to have fundraising completed by the end of May.

“We’ve been at this capital raising effort for about 2½ months,” he said. “It’s been challenging raising capital because of all of the state requirements you have to follow. There’s a lot of people who would love to invest but can’t because they don’t live here or have some sort of federal license.”

Slatkin, 32, is a fifth-generation Coloradan and studied economics at the University of Pennsylvania’s Wharton School of Business.

They’re both businessmen more than scientists, which is why they’ll be hiring a minimum of six staffers at TEQ.

The duo realizes that they’re entering a field with established competitors, but Wong said that they’ll be an attractive alternative to other cannabis testing labs.

“I have 12 years’ experience running an analytical lab,” he said. “It’s not that we don’t expect to have competition, but we feel that we’ve got a terrific service offering from technological and customer service standpoints.”

Wong and Slatkin haven’t signed any clients yet, but they said they’ve received verbal commitments.

“Until we’re closer along in our completion phase, we’re not pursuing contracts just yet,” Wong said. “We’re making contacts, and we have some contacts in our industry, but we need date certainty before we can sign contracts. We’re only a week or two away from that.”

With pot shops spending big on mandatory testing, a new lab is getting in on the action and has raised more than half of the $1.7 million it needs to get up and running.