Mile High Menus, a company that’s been delivering food to Denverites since 2011, was rebranded last week as Order Up Denver.

“We’ve been a franchisee of OrderUp for the last few years,” said Mike Rolland, Mile High Menus’ founder.
“If someone uses OrderUp in San Diego or Baltimore and they come to Denver, they’re used to that brand,” Rolland said. “Having one national brand is an advantage.”

Rolland, 28, started his first food delivery site while he was a student at Indiana University in 2005. In 2007, his brother launched a similar site in Boulder. Rolland moved to Denver to open Mile High Menus here in 2011. 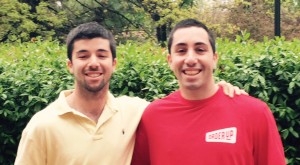 “We were able to support ourselves here off the success of our college-town sites,” he said. “It costs between $250,000 and $350,000 in the first two years to get this off the ground, and in Denver it took us four years to reach the break-even point.”

OrderUp Denver serves about 170 restaurants across the region, which pay the company 10 to 25 percent of an order’s subtotal to use the online ordering platform, Rolland said.

Restaurants can use one of OrderUp’s contract drivers for deliveries or use their own.

“Especially in Denver, it’s evolved into singles, young families and professionals, anyone in the age range of 18 to 40,” Rolland said.

The company’s competitors include delivery services like GrubHub and Eat24, Rolland said. But where competitors focus on larger cities, OrderUp is targeting areas on the outskirts of metropolitan areas, like Broomfield.

“We haven’t even scratched the surface in Thornton, Northglenn or Aurora,” Rolland said.

Mile High Menus, a company that’s been delivering food to Denverites since…