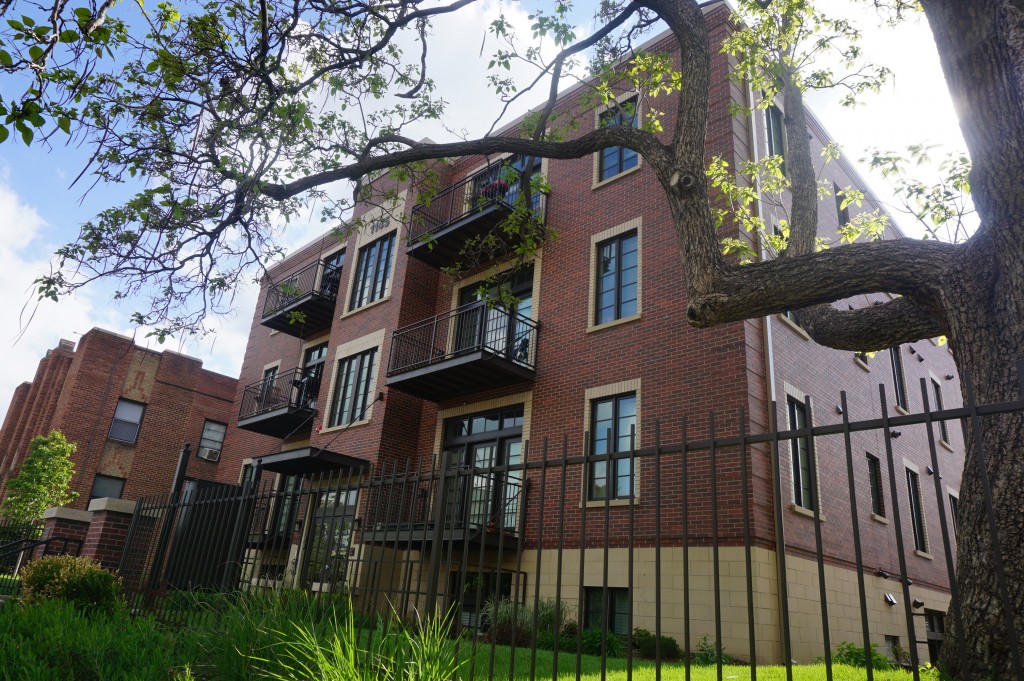 RedPeak bought the apartment property at 1145 Ogden St. along with two other complexes. Photos by Burl Rolett.

RedPeak recently bought a trio of apartment buildings on Ogden and Marion streets. The company paid $13.85 million for 66 total apartments, just as it begins construction on 115 new units at Seventh Avenue and Sherman Street.

“We were attracted to the overall quality of the assets, the premier location and the strong rental history,” said Bobby Hutchinson, RedPeak’s investment director. “We’ve got a central Denver portfolio of 20- to 100-unit properties within Cap Hill that these properties fit very well into.” 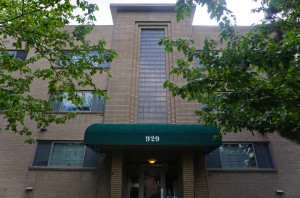 The total purchase price came to about $209,000 per door. Hutchinson said RedPeak paid cash for the buildings but may take out debt on the property post-sale.

The Marion Street property is a 60-year-old building with 43 studios and one-bedrooms. It was renovated a few years ago. And renters are paying an average of $1,000 a month.

The six-unit building at 1153 Ogden St. was built in 1896 and was also recently renovated. Its next-door neighbor at 1143 Ogden St. has 17 units and was built in 2012. The Ogden Street buildings are a mix of studios, one- and two-bedroom units pulling an average rent of about $1,500, Hutchinson said.

The smallest building, for example, is a former mansion and its six units have exposed brick walls. The Marion Street property’s recent upgrades included a new roof and a new heating system. 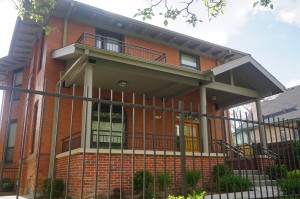 The 1153 Ogden St. property is a mansion that was redeveloped into six apartments.

“It really appeals to more than just the young professional crowd,” Bratley said. “Because of the high finishes and quality the owners put into it, they were able to bring those units to a level where people in their 40s, 50s and 60s still want to be renting units in those locations.”

RedPeak doesn’t have any significant upgrades planned for any of the properties, Hutchinson said, aside from some minor landscaping. The entire 66-apartment portfolio is fully leased.

In May, an Illinois-based firm paid $11.5 million for the Emerson Lofts at 777 Emerson St., and a local buyer scooped up another property at 833 Emerson St. for $2.9 million in January.

RedPeak currently owns about 730 units between 17 buildings in its downtown Denver “Urban Living Portfolio,” and Hutchinson said he’s still hunting down new deals in Cap Hill and the surrounding neighborhoods.

“They’re hard to come by, and there’s quite a bit of competition on the acquisition side for these assets,” he said. “There were numerous other bidders, and ultimately, we were able to get them. We see that on everything we buy these days.”

RedPeak bought the apartment property at 1145 Ogden St. along with two other complexes. Photos by Burl Rolett.

With more than 100 new units under construction in the neighborhood, a property company is pushing further into the neighborhood with a $13.8 million three-complex deal.