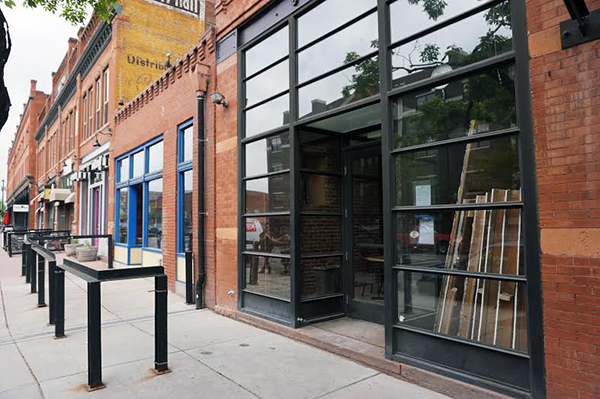 After 30 years of helping restaurants develop their concepts, Lisa Ruskaup is finally opening an eatery of her own in the shuttered Paris on the Platte coffee shop.

“This is a very entrepreneurial concept, and that’s why I took it myself,” Ruskaup said. “It’s like a contemporary art museum as opposed to a natural history museum.”

Her concept – Habit Doughnut Dispensary and Carbon Café – is a restaurant with two personalities she hopes to open by Memorial Day. And if all goes well, that will just be the first move in a campaign to spread her concept across the metro area.

Habit is a café that serves items such as sandwiches and marijuana-themed munchies. Carbon is a bar and eatery focusing on indulgences such as cocktails and doughnuts. 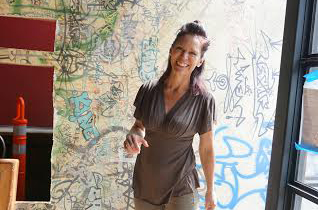 The café will feature a Chipotle-esque coffee system counter called a Mod Bar.

“It’s an extremely sexy coffee system,” Ruskaup said. “You say you want a large mocha, and they’ll ask you how you want it. You’ll go down the tap and choose flavors.”

Ruskaup estimates her initial startup costs are $600,000 to $800,000.
“Those costs are broad. They cover from when we start looking at the space to when the staff is trained and we put toilet paper in the bathrooms,” Ruskaup said.

“We basically have a short-term strategy. It’s somewhere in the five-to-10-year model,” she said.

“What I was designing Habit and Carbon to be was a simple concept that was on-trend right now and wouldn’t need refinement. We won’t make any radical refinements; we’ll just make a new concept.”

Ruskaup said her new location is nestled between two hot parts of town.

“The proximity to the pedestrian bridge into the Lower Highlands was important because everyone’s moving further west residentially,” she said. “I think with Union Station opening, there are more tourists here. That’s a more affluent demographic that wasn’t here a few years ago.”

The Habit and Carbon concepts appeal mostly to a younger demographic, Ruskaup said. Her target customers are men or women 18 through 34.

While she’s geared the concept to attract men and women equally, she said women spend more money than men.
Ruskaup said she plans to open multiple Habit and Carbon locations, and has looked at locations in the Golden Triangle and RiNo.

“Our investor group is open-ended in the amount of funding that they can bring,” she said. “We have an eventual goal to follow the transit lines, like out to DIA and along Brighton.”