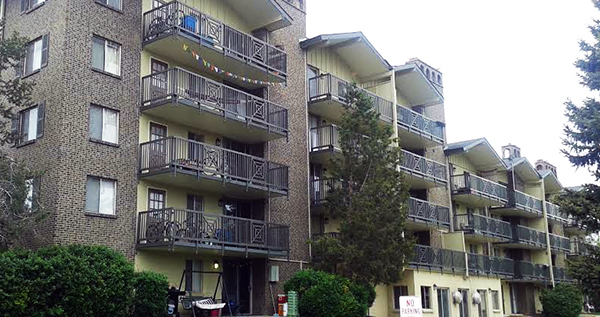 A $30 million Glendale complex is the latest acquisition for a California real estate firm on a Denver buying spree.

The deal closed on April 16, according to Denver County records. ColRich Vice President of Finance/Investor Relations Tom Halsey did not return a phone message seeking comment on the acquisition by press time.

The Lodge at Aspen Grove has six buildings. The complex was built in 1970, according to city records. One-bedroom apartments are renting for between $900 and $1,100 per month, and two-bedrooms are slightly more than $1,200.

ColRich owns at least four apartment complexes in the city of Denver totaling more than 1,200 total units. The  real estate company has pumped more than $200 million into the Denver apartment market in the past few years.

ColRich bought the Alta Springs complex at 9888 E. Vassar Drive in 2011 for $40.85 million, and then added nearby Woodstream Village and Dayton Crossing apartments a year later for a combined $48.5 million.

In 2013 ColRich paid $54.5 million for 480 more apartments in Aurora. In March of this year, ColRich bought the Sandpiper Apartments in Westminster for $30 million.

ColRich typically looks for chances to buy apartment properties and carry out “extensive renovations and repairs” at the property, the company says on its website. ColRich has put that strategy to work at both the Sandpiper Apartments and Conifer Creek, according to media reports.

The Lodge at Aspen Grove is the fourth major Glendale apartment complex to sell this year. Cardinal Group paid $61.5 million for the Brittania Heights, and the Blake and Allison apartments, just blocks from Aspen Grove. San Francisco-based 29th Street Capital paid $9.1 million for the Asbury Plaza apartments. Both of those deals closed in March.

A $30 million Glendale complex is the latest acquisition for a California real estate firm on a Denver buying spree.