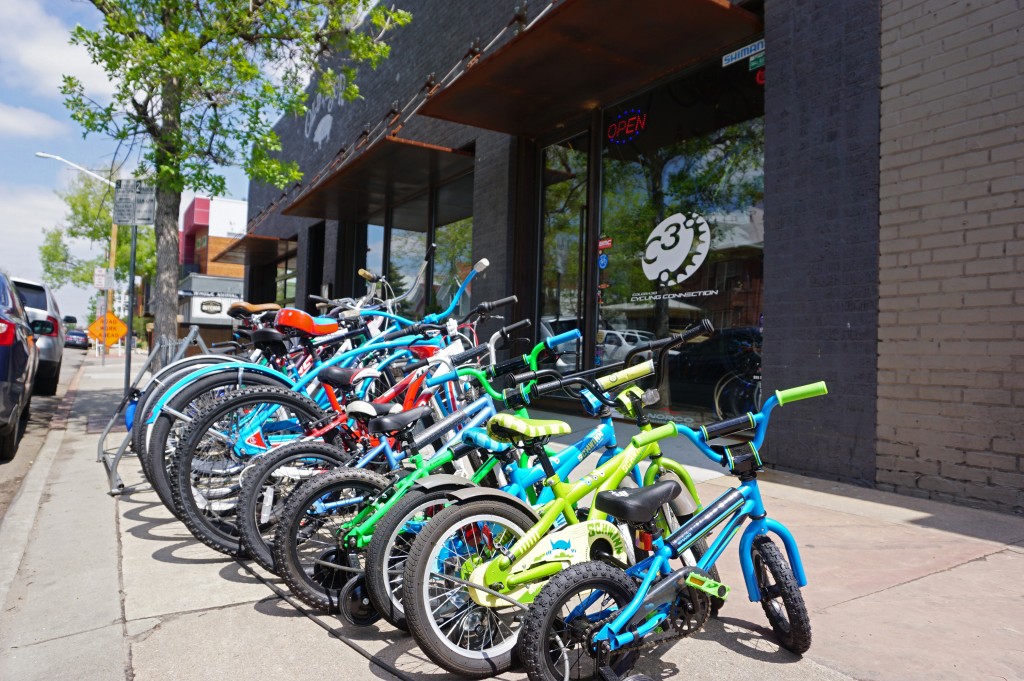 Bike shop C3 is expanding into a new store. Photos by George Demopoulos.

A LoHi bike shop is gearing up to open its third location.

The Colorado Cycling Connection – better known as C3 – will open its third store in Golden next month. The new shop will be C3’s largest and the second to open since October.

“Denver’s a hub for cycling, but there’s no uniformity there at any level,” C3 founder Wade Washburn said. “I want to be a business that has a network of eight to 10 small neighborhood bike shops.”

The Golden C3 shop will be located at 16948 South Golden Road and could open as soon as Friday. Washburn anticipates the store’s proximity to the Colorado Mills mall and Interstate 70 will draw customers.

The 2,350-square-foot store will have high ceilings for storage and take over shipping and receiving duties from C3’s LoHi store. Washburn declined to comment on the cost of rent, but said that he’s renting the space from a former client – and getting a good deal.

“They made me an offer I couldn’t refuse,” he said. 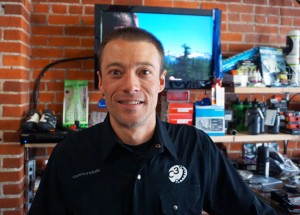 The shop’s specialty brands include BMC, Norco and Intense Cycle, but it doesn’t cater to any specific kind of bike.

“We’ve got single-speed bikes to start up with that are $300 and mountain bikes and road bikes that cost $10,000,” Washburn said. “When you stand back and look at the categories like urban, road and mountain bikes, we have equal sales in all of those.”

Washburn, 37, founded C3 in 2011 after a stint as a professional bike racer. From 2003 until 2008, he was a member of the Frisco-based Recycle Ski and Sport bike team where he also served as the team’s mechanic.

He first considered opening his own store in 2010 while living and working at Copper Mountain.

“I looked at the value of all my bikes and thought, ‘I’m going to sell these and start my own bike shop,’” he said. “So that’s what I did.” 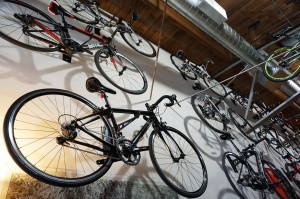 Washburn has had a smooth ride recently, but getting the store off the ground in LoHi was a bit bumpy.

He signed a 10-year lease on the shop in the fall of 2011 but couldn’t open the store until January 2013. C3 occupies the same building as upscale eatery Old Major, which was in the process of renovating.

“We fell under the same occupancy permit, and the city wouldn’t sign off on it until the construction was finished,” Washburn said.

With $70,000 worth of bikes ready for the sales floor, Washburn made a fix on the fly.

On May 1, 2012, he set up shop in front of the store to start sales armed with a tent, toolbox, bikes and a table. He operated the store Saturdays and Sundays until the weather forced him to close. He sold about 15 bikes from the tent shop.

“It was cool because it created a lot of street cred,” he said. “Ever since we got inside, the struggle has been keeping up with demand.”

Washburn said he hopes to eventually open more C3 stores, but he’s focusing on his existing shops for now.

“I dream of Boulder and Summit County, but it’s not like it’s going to happen in the next couple years,” he said. “I say that now, but if I have another opportunity like the one I was just given, I wouldn’t refuse it.”

Bike shop C3 is expanding into a new store. Photos by George Demopoulos.

A bike retailer is gearing up to launch another shop in Golden, its second expansion in about six months.