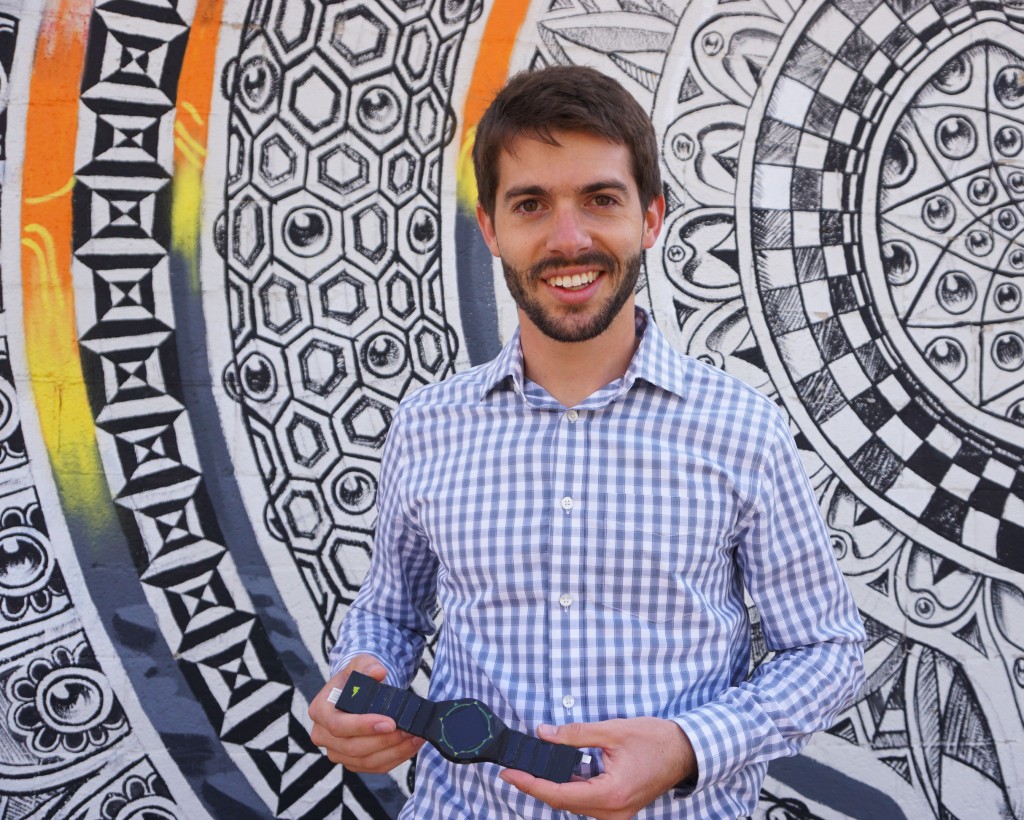 It’s make-or-break time for a startup that wants to bring a solar-powered, phone-charging watch to market.

Denver-based Hemera Project thinks its QBand watch would hit a sweet spot for millennials, who often tote around their smart phones as another appendage and value a low environmental impact.

“The intersection between the age range that is the most smartphone user-heavy is also the most socially conscious consumer range,” said Luke Vance, Hemera’s co-founder and designer. “They want to be green, but they don’t have a good way to do that because they don’t own houses or a Tesla.”

Hemera wants to manufacture 1,000 QBands this summer – but the startup needs to raise $90,000 to make that happen.

“It’s an awkward time right now – we have enough money to keep working for a month or so, but if the campaign isn’t successful, it’ll mean a whole new conversation with our current investors,” Vance said. “If we can raise the money, we can prove the concept and it will be full speed ahead.” 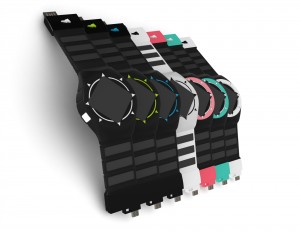 One end of the watch bands acts as a phone charger and the other can plug into USB ports. Image courtesy of Hemera.

On April 17, Hemera launched a 30-day, $30,000 fundraising campaign on crowdfunding platform Indiegogo. The campaign is essentially a presale that needs to hit 500 orders.

If the company reaches its funding goal online, four private backers will provide the remaining $60,000 to reach the $90,000 necessary to produce 1,000 watches, Vance said.

The presale orders would ship by October and the remaining watches would be available on Hemera’s website. The company is also searching for retailers to carry the watch.

Hemera raised $5,000 over its campaign’s first three days and needs to raise $800 daily by the May 17 deadline.

“We expect maybe 30 percent of the campaign will come at the bookends,” Vance said. “It’s not going to be easy, but I think we can do it.”

Investing in the tools and molds needed for manufacturing will be the biggest cost up-front – the needed equipment will cost between $30,000 and $50,000. After that, each watch will cost about $35 to make, Vance said.

So far Vance, 24, has raised $25,000 from its investors to augment the $15,000 that he and other founders ponied up initially. That round of funding went into product development and marketing.

The QBand has six solar panels across its face and strap that charges an internal battery. It takes 10 hours of direct sunlight or 40 hours of indirect light from any source to get a full charge. 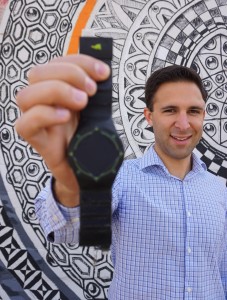 The watch band has a USB plug on one end and a phone plug-in – for either Apple or Android – on the other. The watch can independently charge a phone using its built-up solar power, or it can act in place of a cord between a phone and USB port – on a computer, for example.

The watch is water-resistant, and Vance is considering adding data-transfer capabilities, as well.

The watch holds enough power to recharge a dead phone’s battery to 20 percent capacity in about 20 minutes – that’s about two extra hours of operational time. It’s intended to be used in case of emergency, like when a phone dies while in the middle of an important call or while giving GPS directions.

To refine the concept, Vance started working with the Boulder Engineering Studio at the end of 2014. Engineer Ryan Welsh was instrumental with the watch’s redesign.

“We’ve been pushing them towards a silicon-molded flexible circuit design,” Welsh said. “We’re also using a pixel array to generate the clock instead of a typical LED bar display and trying to compress that into a tinier spot on the band instead of the watch face.”

The new design makes the QBand lighter and easier to mass-produce.

There are other mobile smartphone chargers on the market, but Vance said QBand is unique because it never needs to be plugged in and is intended for everyday use instead of during outdoor adventures.

Vance, who grew up between Boston and Uzbekistan – where his parents worked with NGOs – and attended Wheaton College in Chicago, got the idea for the QBand in 2013 and filed patents for the technology later that year. Most of the concept’s design occurred in 2014.

“I figured: I’ll solder some stuff together, have a prototype, show it to some people, and go from there,” he said. “A year and a half later, we’re still figuring it out. We probably did a lot of things out of order.”

With a countdown ticking on a $30,000 crowdfunding campaign, a startup that's created a solar-powered watch and phone charger is hoping to soon get its product on the wrists of 1,000 people with its first production round.