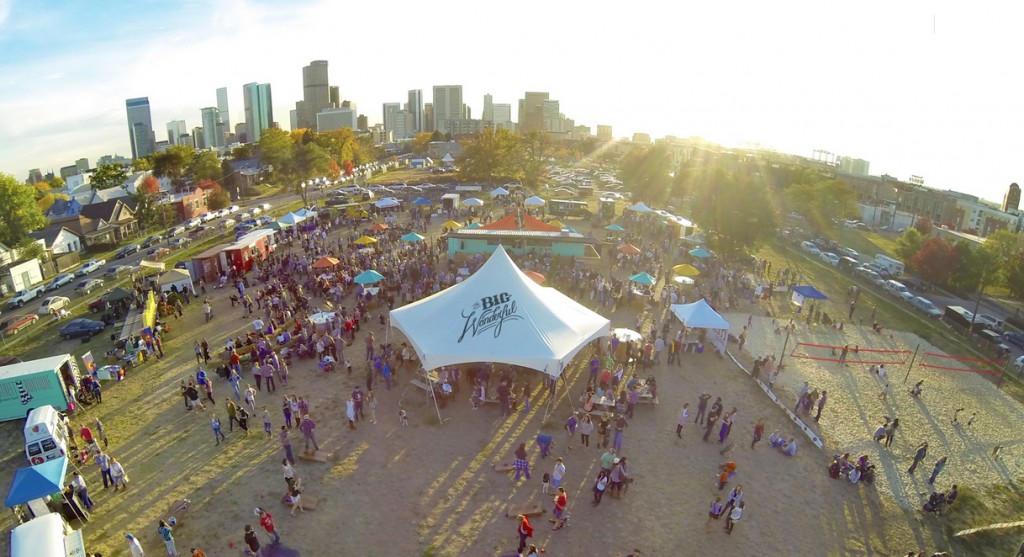 Brooklyn transplant Josh Sampson has big plans for the weekly shindig he puts on during the summer on a vacant lot in Curtis Park.

The Big Wonderful, a festival that combines a beer garden with food trucks and live music on Saturday afternoons, will return for its second year in May with triple the number of vendors. And it’s opening two months earlier than last year’s maiden voyage.

“It’s a small-business incubator,” Sampson said. “It’s a low-cost way to try out ideas and a weekly canvas to allow small businesses a chance to practice their skills. It’s a great education piece.”

The market will open May 2 and run every Saturday afternoon until October 24 at 2500 Lawrence St., the same venue that hosted last year’s festival. It will be the only event held this year at the 3-acre plot, which is owned by the Denver Housing Authority. The Big Wonderful pays $1,300 to license the land from the DHA.

“Just by the length of our season, we’ve got two more months this year,” Sampson said. “I’d say we expect attendance to double.”

Sampson anticipates the festival’s opening weekend will draw between 75 and 100 vendors. Subsequent weekends will see around 50 vendors, Sampson said.

“I think over the winter, it kind of went viral,” he said. “We don’t have any budget for advertising; it’s just word of mouth.” 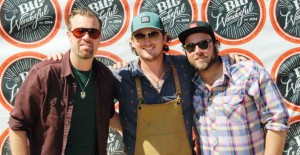 About 80 percent of the festival’s vendors are independent merchants with no affiliation to a brick-and-mortar store, Sampson said. For many vendors, The Big Wonderful is a crash course in entrepreneurship.

Admission is free. The festival brings in revenue from vendors, who pay a fee for a booth. Booth space costs between $90 and $700 depending on attendance dates and vendor type for the season. All vendors pay the festival 10 percent of sales.

About 40 booths are reserved for weekly “drop-in” vendors who can set up shop for a single week.

In addition to vendors, the festival will feature live music and activities like beach volleyball and lawn games like cornhole. There’s also a dog park.

One major impetus behind The Big Wonderful is promoting urban farms, Sampson said. The event is associated with the Urban Farmers Collaborative at Sustainability Park.

“We support them as much as possible,” Sampson said. “We give them priority on booth space.”

This is likely going to be the Big Wonderful’s last year at 2500 Lawrence. 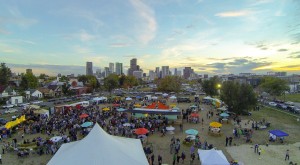 The weekly events kick off May 2 and run until late October from noon to 7 p.m. every Saturday.

“That parcel has always been intended to be developed for some type of housing – the most desirable would be homeownership,” she said. “We’re anticipating next year that some development would be occurring.”

In order to get the most out of this year, The Big Wonderful’s organizers have also rented a second venue to host events on Friday nights. Located in a former mechanic shop at 3530 Brighton Blvd., the 5,400- square-foot space hosts two weekly events organized by Sampson and his partners.

The first, dubbed the “Friday Night Bazaar,” is a similar concept to The Big Wonderful but takes place indoors. The Bazaar hosts an average of 30 vendors, and sees 1,000 weekly attendees, Sampson said.

One of the Bazaar’s most popular events is a “Beer Pawn” where guests hawk unwanted items for drink tickets.

“Basically, you bring any unwanted junk, ideas, or vintage – from old tennis rackets to Nintendo games,” Sampson said. “We have a guy who acts as a ‘pawn star for beer.’”

To complement the Bazaar, Sampson also holds a food truck gathering on Friday afternoons. Each week sees five to seven food trucks congregating in the warehouse’s 18,000-square-foot parking lot to feed about 75 patrons.

“It’s basically for all the construction workers over there on Brighton,” Sampson said. “There’s nowhere to eat lunch over there, so that’s what we’re fulfilling.”

Both events began last month and run weekly. While the Big Wonderful is a seasonal event, the Friday Night Bazaar and food truck plaza will run indefinitely.

Sampson, who hails from Brooklyn’s Williamsburg neighborhood, had the idea to bring a weekly market to Denver after visiting the Mile-High City with his daughter. He moved to Denver in the beginning of 2014 to begin the process.

“I was living in Brooklyn, and on my street we had a lot of markets and food festivals,” he said. “When I moved here from Brooklyn to Denver, there wasn’t anything like this on a regular basis. What I did was push those ideas a little further into what they are now.”

With extended dates, more vendors and added spin-off events, a Curtis park festival is kicking off its second year next weekend.