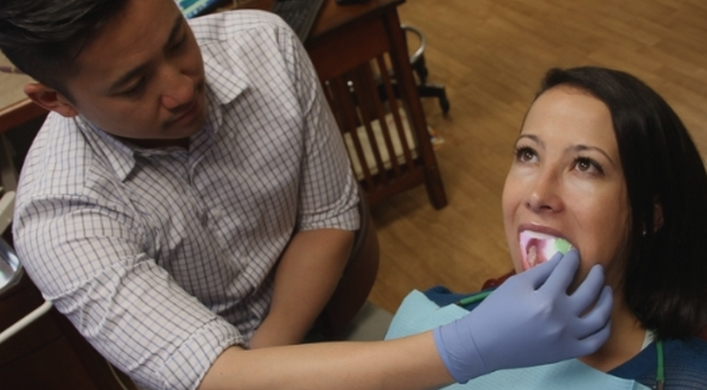 Sometimes a startup can grow quickly from nothing but a lightbulb moment.

For Denver-based Lumed Science, that moment struck in 2012 when one of its founders was in the middle of a dentist appointment. Now, the company is getting ready to launch its first product.

Lumed Science, a medical tool company based on Larimer Street, will debut its Light-Emitting Aspirating Prop (LEAP) in two weeks. LEAP is a tool for any family dentist designed to hold a patient’s jaw open while illuminating the inside of his or her mouth. 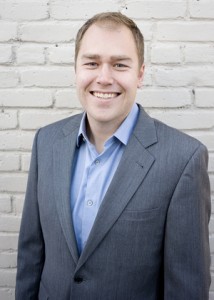 “This product is our entry into the market,” said Michael Bojanowski, Lumed’s CEO and LEAP’s designer. “It’s for oral procedures where dentists would normally use a bite block. It’s usually just a piece of plastic. What we’ve done is integrate high-end LED lighting that’s completely wireless.

“Our whole goal is to make it easier for doctors to see what they’re doing.”

The LEAP is also autoclavable, meaning that it can be repeatedly sterilized and reused. That trait alone sets it apart from other electronic medical devices, Bojanowski said.

“No one in our industry has done that before,” he said. “It’s pretty rare in most medical procedures to have a completely autoclavable circuit.”

Lumed started seed funding in 2014 and raised $300,000 from investors in the dental industry. So far, it has spent $160,000 on the testing, marketing and manufacturing required to bring the LEAP to market.

The LEAP FDA-approved, manufactured entirely in the U.S. and assembled in Englewood.

In two weeks, Lumed will ship its inaugural batch of 25 LEAPs to clients. The $67 tool has an estimated battery life of three months, at which point a client ships it back to Lumed for recycling and buys a replacement. 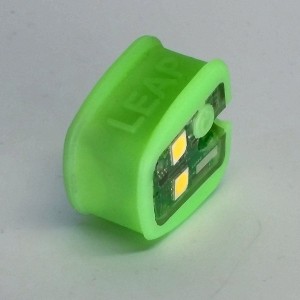 The LEAP device is placed between a patient’s teeth, keeping the mouth open and creating light for the dentist.

The LEAP’s lightbulb moment happened in 2012. Lumed’s COO George Balog was under the blinding glow of a dentist’s overhead lamp with his mouth propped open when he was struck with an idea. Why not just put the light in the bite block?

Balog took the concept to Bojanowski, who at the time was an engineer at medical technology developer Conmed Corp. The pair also teamed up with Phil Johnson, a Centennial dentist, who is Lumed’s CTO.

Bojanowski developed LEAP over the next few months and submitted a patent application in May of 2013. In December, he quit his job to work at Lumed full-time.

“It was not difficult, but was scary but liberating at the same time,” he said. “Sort of like cliff jumping, it was really hard to work up the courage to do it knowing that there are risks involved, but I enjoyed it immensely.”

Bojanowski is already looking to the future with Lumed.

“Right now we’re strictly focused on the launch, but we do have a couple other products in the pipeline focusing on ears, nose and throat,” he said. “There’s a million different ways you can integrate vision and lighting into medical procedures. We’re going to start with the mouth and work our way down.”