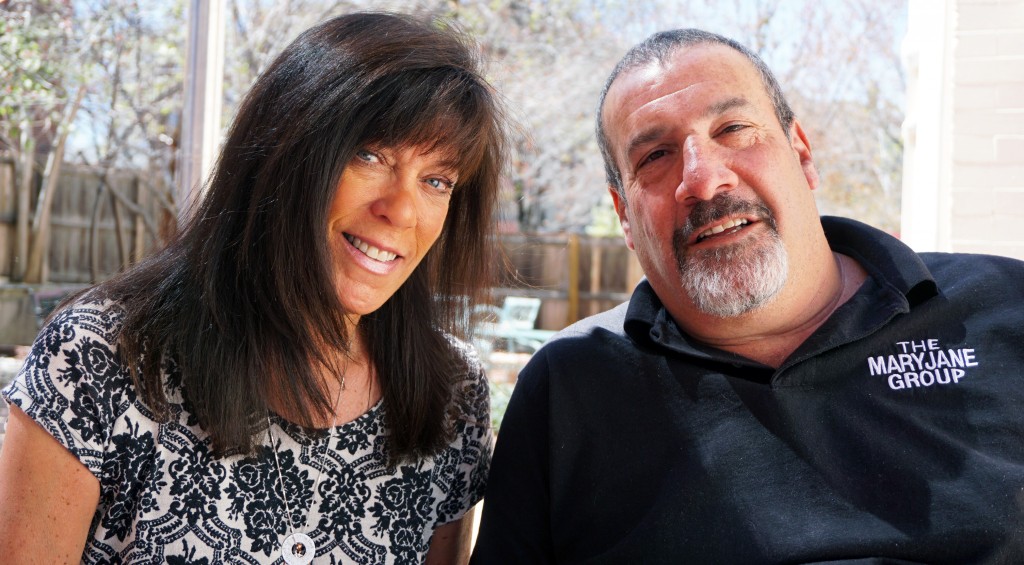 A block down Colfax from High Street sits a B&B where bed and breakfast goes hand-in-hand with bongs and buds. And it’s about to become a more permanent fixture in the pot tourism scene.

Hospitality management newcomers the MaryJane Group plan to close on a deal to purchase the Adagio Bud & Breakfast for $1.5 million on May 15. The company – which has leased the Adagio since April 2014 to test out the viability of its “canna-lodging” hospitality concept – is purchasing the property to run it permanently.

New York native Joel Schneider, CEO of the MaryJane Group, is the mastermind behind the Bud & Breakfast model.

“I was living in a hotel downtown, and I would go into the bathroom and close the door and turn on the fan to smoke,” said Schneider, a former securities attorney. “I realized it was no fun. I was missing out on the social aspect. Cannabis is meant to be passed.” 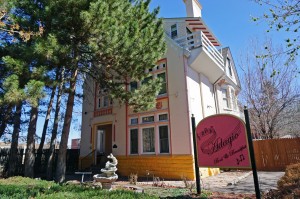 The historic Adagio building is located at 1430 Race St.

Schneider and his wife Lisa moved to Colorado in February of 2014 to pursue careers in the cannabis industry.

Now they plan to buy the six-room, 7,500-square-foot Adagio, signaling the end of the Bud & Breakfast’s trial period and adding it permanently to Denver’s hotel landscape. The Adagio’s previous owner, Helen Strader, financed $1 million of the $1.5 million purchase the building. The remaining $500,000 will be provided by the MaryJane Group’s investors.

Schneider’s canna-lodging concept has the MaryJane Group seeing green. The state of Colorado and city and county of Denver estimated on the company’s tax returns that its monthly revenue would be between $1,000 and $1,500, based on occupancy rate and revenue. In reality, this number was much higher – about $4,500.

“Our revenue has increased by two to three times what they were expecting,” Schneider said. “I expect to do $80,000 per room per year, approximately.”

Rooms in the Adagio Bud & Breakfast cost between $300 and $400. That price includes amenities like meals, bottomless mimosas and a plethora of smoking devices including bongs and vaporizers; but guests have to bring their own pot. It employs four permanent staff members, a part-time maid and a part-time cook.

Lisa Schneider manages the hotel’s hospitality and amenities. She puts on meals during the day – a morning “wake and bake,” a happy hour at 4:20 p.m. and dinner. The eclectic menu is designed for clients with a serious case of “the munchies.” 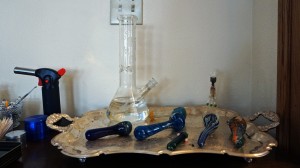 Smoking accessories are provided to guests, but they have to partake in the communal areas of the B&B.

“Happy hour today is pigs in a blanket and barbecue chicken pizza,” Lisa Schneider said on Monday. “We don’t serve hard alcohol. We find most people who smoke aren’t big drinkers. They’ll have a glass of wine or beer, but they’re not big drinkers.”

Smoking at the Adagio is limited to common areas.

“I don’t want our guests up in their room with their dab rig,” Joel Schneider said. “I want to make sure people are healthy and safe.”

The building itself dates back to 1892. Over the years it has been a private residence, commune and a bed and breakfast of the non-smoking variety.

There are a few other cannabis-friendly bed and breakfasts in Denver, and some downtown allow customers to smoke vaporizers in their rooms. Some private residences listed on vacation rental site Airbnb are also billed as “420-friendly.”

But what sets Bud & Breakfast apart from similar services, according to Schneider, is its focus on encouraging socialization and camaraderie among patrons. As one guest put it, “I feel like I’m at a relative’s house, but I’m allowed to smoke pot.”

While a Bud & Breakfast concept may seem like it appeals to the ubiquitous 20-something crowd, that group doesn’t make up too much of Schneider’s business.

“Our demographics have been older than you would think,” he said. “The average guest is about 50 years old and we’ve had as old as mid-70s. You’d think we’d have a bunch of 21-year-olds, but we don’t. Someone who’s 21 isn’t looking for that.”

The Adagio’s concept has drawn patrons from around the country; Schneider says that the most-represented state is Texas. The Bud & Breakfast has even catered to traveling celebrities and musicians, including members of the Philadelphia trance-fusion band The Disco Biscuits.

Since taking over operations at the Adagio last April, the MaryJane Group also leased a four-bedroom, 3,500-square-foot property in Silverthorne and launched a second Bud & Breakfast in October. Like the Adagio, Schneider is leasing the Silverthorne property for a year-long trial run with the option to purchase after the term is up.

“We did really well up there,” Schneider said of the Silverthorne location. “We can get through slow months without much financial exposure. Now we’re looking for more – we have some meetings with investors next week and we’re looking in Oregon and Washington as well.”

From “wake-and-bake” breakfasts to 4:20 p.m. happy hours, a Colfax inn caters to the marijuana tourism industry. And after a successful year in business, the operators are moving to buy the property and expand the concept.