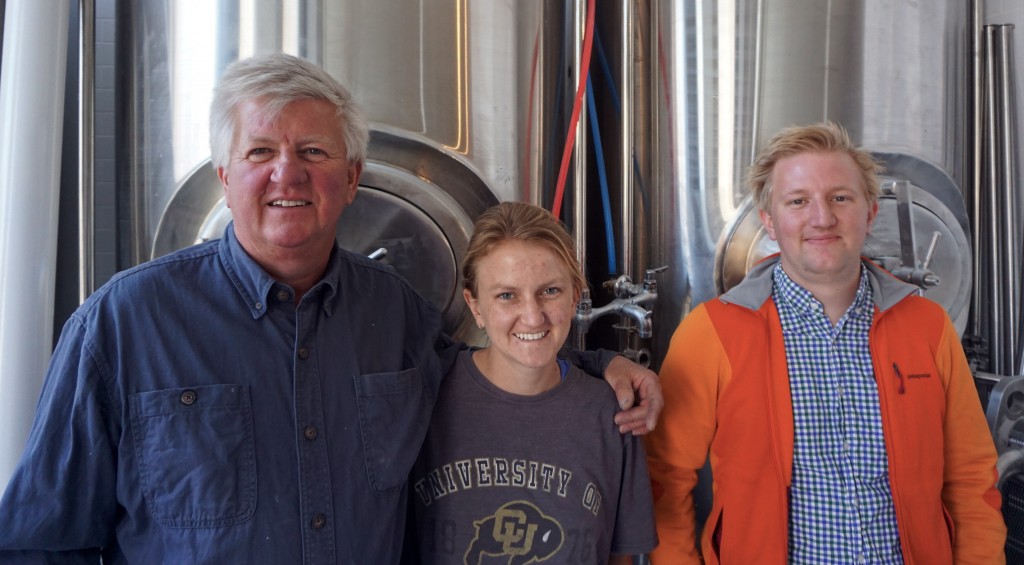 From left: Rob, Anna and Robert Lee have a new brewery in the works. Photo by Burl Rolett.

An architect is trading the drafting table for draft beer with the forthcoming launch of his Uptown brewery.

Rob Lee, with help from his children Robert and Anna, plans to open Deep Draft Brewing Co. this spring at 1604 E. 17th Ave., three years after the family began homebrewing on a single-barrel pilot system.

“I couldn’t drink a barrel of beer by myself fast enough,” Lee said. “So we had parties and just gave it away, and people have been very supportive of us.”

Lee, an architect by trade who builds homes on the side, said Deep Draft will be able to stay afloat because of Uptown’s high population. He considered opening on South Broadway, for example, but reasoned Uptown and City Park had more traffic.

“It’s for the neighborhood – we see this being a neighborhood brewery,” he said. “I don’t really want to take business from anyone, but I think we can do really well here.”

Deep Draft’s nearest competition is Vine Street Pub, about five blocks east on 17th Avenue. Lost Highway Brewing is about a mile away on Colfax Avenue, and Cerebral Brewing Co. has leased space at Colfax Avenue and Monroe Street.

Lee designed the space himself and is doing most of the construction, with a hand from Robert and Anna. Denver-based Belfay Engineering is the project’s engineer, and the brewery is being financed with a loan from Key Bank.

In 2012, Lee built himself a one-barrel brewing system and the family began tinkering. So far the Lees have come up with a hefeweizen, pilsner and American IPA that Lee said will likely be on tap when the brewery opens, as well as an extra special bitter and an apple ale.

About 200 batches and 50 recipes later, Lee is upgrading to a $220,000 10-barrel operation at Deep Draft. He plans to spend another $50,000 on equipment outside the brewery and taproom, like a truck to haul larger orders of grains and other brewing ingredients.

The Lees settled on their Uptown location about a year ago and have been building the space out for several months, Lee said. Deep Draft has a five-year lease with a pair of five-year extension options. Rent at the 1,350-square-foot space is $22 per square foot per year, Lee said, which figures to just shy of $2,500 a month.

The Deep Draft concept mixes both trade and hobby for Lee. He said the term “deep draft” refers to a type of architectural sketch. The Lees also own a sailboat docked in Virginia, and the brewery itself will take a nautical theme.

Deep Draft is planning to lead with a handful of different beers, but will build 12 tap lines into the bar ahead of launch. The bar has room to expand to a total of 36 taps. The brewery will sell pints and growlers on site but has no immediate plans to distribute its beers outside the taproom.

From left: Rob, Anna and Robert Lee have a new brewery in the works. Photo by Burl Rolett.

An architect and his family are building up their own nautical-themed brewery on 17th Avenue after about of year of tinkering with recipes at home.

Best of luck to you! I’m a homebrewer and do 5 gallon batches so your level is something I look forward to achieving some day.

The Lee’s have been brewing A LOT of great beers and offering them to their large social circle for years… it’s great that the public will now get the opportunity to enjoy them.