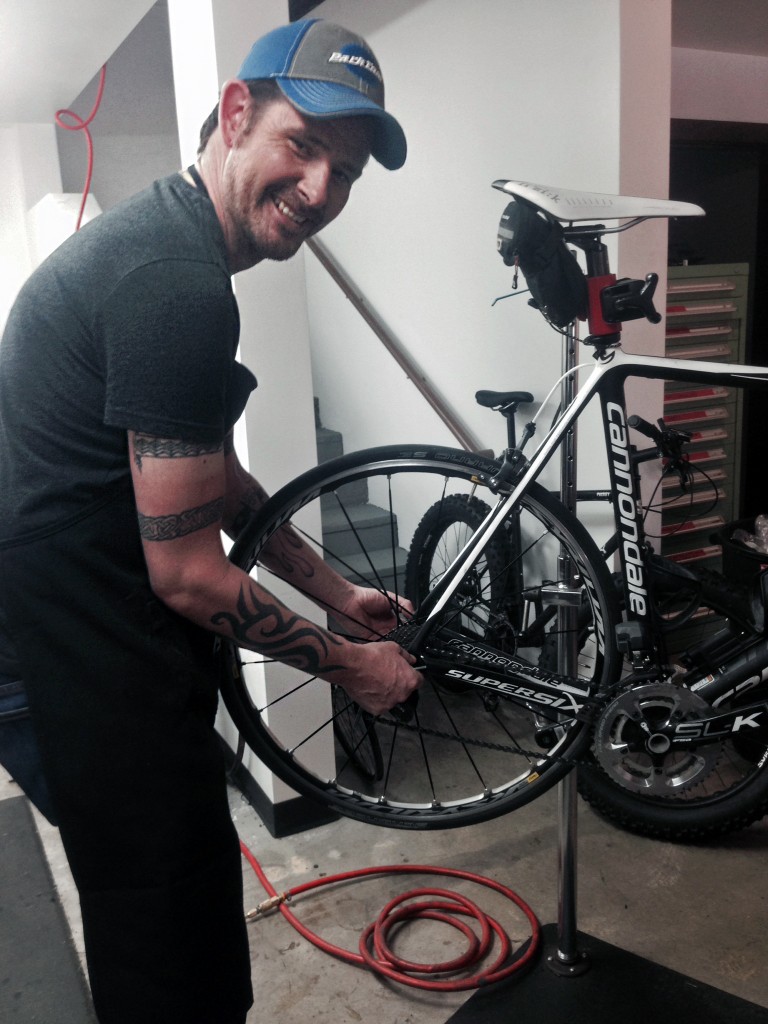 One of Cherry Creek’s only bike shops has rebranded, hoping to crank out more repairs for neighborhood residents.

As of this month, City Velo is now called Cherry Creek Cyclery, a move to capitalize on its location in one of Denver’s most recognizable and affluent parts of town.

“It was time to turn over a new leaf,” said Charles Keithley, the head bike mechanic and general manager. “I’m trying to make this into the neighborhood bike shop.”

Keithley said he wants to make the shop more accessible to casual cyclists.

“We’re not just repairing high-end road bikes here,” Keithley said. “If you want to bring your fixie here in to put purple wheels on it, or if you need someone to fix a flat tire on your cruiser, this is where you can bring it.”

Cherry Creek Cyclery sells bikes made by Lapierre, Time, Cinelli, Guerciotti, Cipollini and Casati. But the majority of its business comes from repairs.

“I do sell several bikes a month, but it’s a lot of service work,” Keithley said.

He estimated that repairs make up between 70 and 75 percent of the shop’s business.

The store moved to its current location at 220 Steele St. in Cherry Creek in October 2013. Prior to that, it was located on Evans Avenue by DU.
Keithley plans on extending Cherry Creek Cyclery’s hours during the summer. Right now the store is closed on Sundays, but he plans on being opened seven days a week.

A Cherry Creek bicycle retail and repair shop has rolled out a new neighborhood-focused identity.