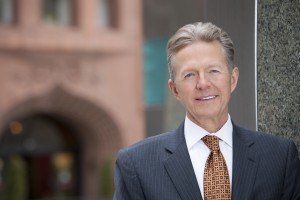 Clarification: A prior version of this story reported the firm’s founding as 1980. The firm was founded 25 years ago, not 34 years ago.

Two lawyers who founded a business law firm 25 years ago after meeting at the YMCA are retiring and closing down their company.

Bennington, Johnson, Biermann & Craigmile will close by the end of March.

Founders Ken Bennington and Phil Johnson will retire after 40 years as attorneys.

“We’re both looking forward to a break,” Bennington said. “We’ve put in our work, and now it’s time for the second act.”

Bennington will be moving on to work part-time at JAMS Mediation, Arbitration, and ADR Services, a company that focuses on resolving disputes before they go to trial.

“I’ll be doing mediation and arbitration on an as-needed basis,” he said. “I don’t plan on practicing full-time again.” 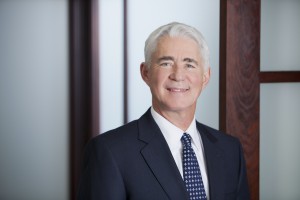 Johnson doesn’t have any professional plans after retiring from the legal field, Bennington said.

A contingent of office staff will continue to work for the next 30 to 60 days to close down the office.

The two founders, both runners, met 30 years ago at the downtown YMCA.

“We’d both been practicing with other firms,” said Bennington, who was working for the Denver-based megafirm Brownstein Hyatt Farber Schreck at the time. “We didn’t want to work for a big firm or in a corporate environment. We wanted something where we could be our own bosses, and that’s what we did.”

Bennington received his JD from Boston University. Before entering private practice in Colorado, he worked in Washington, D.C. as an attorney for the Federal Trade Commission. His area of expertise includes complex commercial litigation and corporate counseling under antitrust laws and trade regulation.

Johnson graduated from the University of Denver’s Sturm College of Law. His legal career began as an environmental counsel for the Oil Shale Corp. (now ConocoPhillips) before he started practicing privately. He specializes in real estate transfers, business entity formation and contract negotiation.

After 25 years in business and work with big-name clients, a Denver law firm is shutting down as its two founders ready to retire.