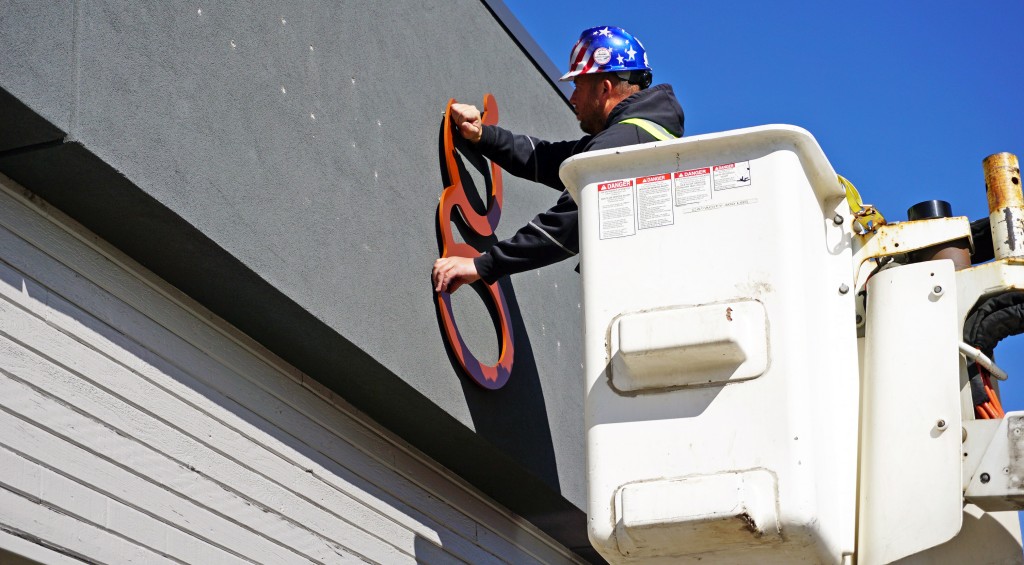 The Good Chemistry signage goes up in Aurora. Photo by George Demopoulos.

To grab a piece of the Aurora market, a Denver marijuana retailer is launching a store twice the size of its Colfax location.

Good Chemistry announced this week that it will open a new store in Aurora on April 9. The shop, located at 16840 E. Iliff Ave., will sell only recreational marijuana; an Aurora city ordinance bans the sale of medical cannabis.

To keep up with the store’s anticipated demand, Good Chemistry is also seeking another 40,000 square feet of warehouse space for a new grow operation.

“We want to set the standard for recreational stores in Colorado,” Good Chemistry CEO Matt Huron said. “A lot of places are trying to be the McDonald’s of marijuana. We want to be the Argonaut.”

At 3,600 square feet, the new Good Chemistry store will be nearly double the size of the Colfax location. It cost about $1 million to get the store up and running, and Huron said the move was privately financed.

The new shop takes up half of a closed-down Blockbuster. Your Green Contractor, which specializes in designing marijuana stores, is handing the construction. Good Chemistry pays $9,000 per month to rent the location.

Good Chemistry chose the Iliff Street location because it is situated in a high-traffic part of Aurora close to Interstate 225, the company said. It will be the eighth recreational store to open in Aurora since the city began granting licenses last year. Good Chemistry is one of 21 licensees that can legally sell marijuana in the city.

Stephen Spinosa, VP of operations, anticipates the Aurora store will attract more visitors than the Colfax Good Chemistry. That store sees between 300 and 500 customers per day. 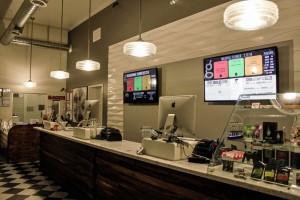 And Good Chemistry is looking to double is production area with a new warehouse; it currently grows in a two warehouses that total 30,000 square feet.

Huron said he intends to rewrite marijuana advertising in the new shop.

“We’re going to use four master categories to describe our product: sleep, stimulation, relaxation and relief,” he said.

The Aurora Good Chemistry store will include kiosks with attached iPads that give customers a better idea of the products they’re looking at. Clients will be able to see which strain of pot is best to alleviate headaches and which one is the best sleep aid.

“The new approach we’re taking with our menu speaks to the everyman,” Spinosa said. “The way we describe the categories is more relevant to someone than ‘indica’ is.”

Good Chemistry also plans on expanding its Colfax location. The store is situated between Emilio’s Mexican Restaurant and Hollywood Posters, both of which recently closed.

Good Chemistry first opened its doors as a medical-exclusive dispensary in June 2010 and expanded into recreational sales four years later.

The Good Chemistry signage goes up in Aurora. Photo by George Demopoulos.

A recreational marijuana retailer is adding a larger location in Aurora and is also looking to increase its store and warehouse space back in Denver.