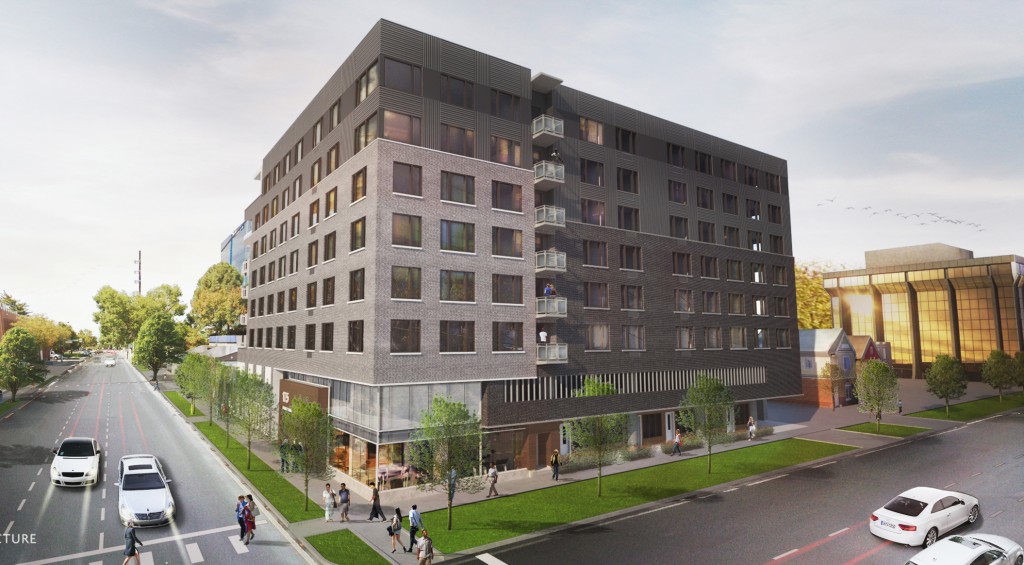 A developer has a new apartment building in the works in Cap Hill. Rendering courtesy of Craine Architecture.

A Cap Hill lot poised to host another eight stories of apartments is now a blank slate.

Bulldozers have cleared the lot at Seventh Avenue and Sherman Street, where RedPeak Properties has proposed a new eight-story apartment project.

Craine Architecture is designing the building, and renderings call for 116 apartments.

Seventh and Sherman will be at least the second major Cap Hill development for RedPeak in the last year. The company opened the 86-unit Burnsley at 1000 Grant St. last spring. Farther north, RedPeak also developed the One City Block apartment complex along 18th Avenue in Uptown.

The new RedPeak building will add to an already busy Cap Hill apartment pipeline. Elevation Development has 64 units under construction at its MOTO building one block over at 820 Sherman St. And SmithJones Partners has another 180 apartments planned at Seventh Avenue and Grant Street.