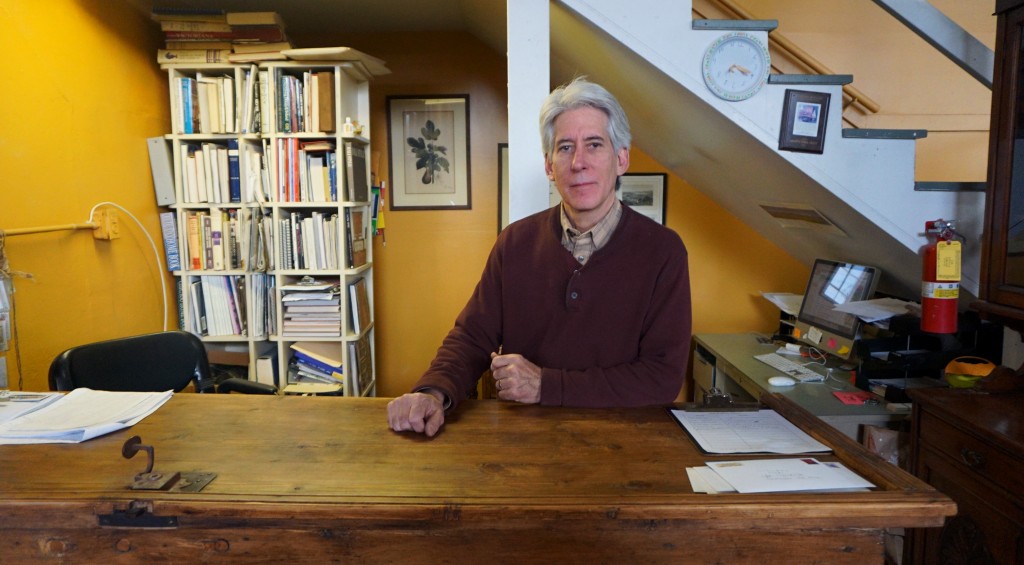 Kent Frink is closing his Broadway antique store, but will continue the business without a brick-and-mortar location. Photos by George Demopoulos.

A South Broadway store specializing old-fashioned treasures is transitioning into a new kind of market.

After occupying the same storefront on Broadway for 30 years, Sheptons Antiques is closing the doors of its 6,500-square-foot brick-and-mortar shop at the end of the month. The store, which sells antiques and custom furniture from its location at 389 South Broadway, will be switching to online sales.

“It’s a good time to get out and pursue the things that I enjoy doing rather than just being a shopkeeper,” Sheptons owner Kent Frick said. “The market isn’t as great or as strong as it used to be. Most people are buying more modern and contemporary items.”

Frick said the final nail in the coffin was the construction along Dakota Street last year; the store was surrounded by a chain-link fence that impeded access to the shop.

“The city had the street dug up for most of last year,” Frick said. “They said it was going to be a four-week project, but it ended up being a few months.”

Frick said sales have plummeted since 2000. 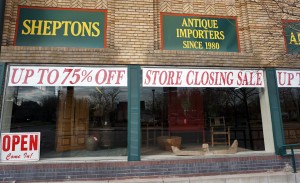 Sheptons’ Broadway store will shut down at the end of the month.

“Back before 9/11, we were doing half a million dollars in sales,” he said. “We did just over $100,000 over last year. Half of my business was designing things for second and third homeowners. With the housing market being suppressed, you aren’t seeing them anymore.”

Much of Sheptons current stock is marked down by between 50 and 75 percent. And Frick said Sheptons has seen a decline in a feature that used to set it apart: a specialization in items from India and Indonesia.

“At the time, we were some of the only people who had those things in Denver,” Frick said. “As that changed, sales changed too.”

“We do a lot of custom furniture,” he said. “That’s what I want to continue at the new workshop: to do restoration and custom building.”

Frick has run Sheptons out of its Broadway location since 1985. His business partner, Pepi Gaze, opened the original Sheptons location in Boulder in 1980. The duo each specialized in antiques from different parts of the world – Gaze was responsible for Eastern European artifacts, while Frick focused on pieces from Southeast Asia. Frick has been the sole owner of Sheptons for the last 10 years.

“The timing is right for this,” Frick said. “My little girl is going to be 8. I want to be able to go out and do things with her, not be in a store all day.”

Kent Frink is closing his Broadway antique store, but will continue the business without a brick-and-mortar location. Photos by George Demopoulos.

After 30 years in the same space on Broadway, an antique shop is closing down its brick-and-mortar operations. But its owner plans to transition the business to online sales and custom work.