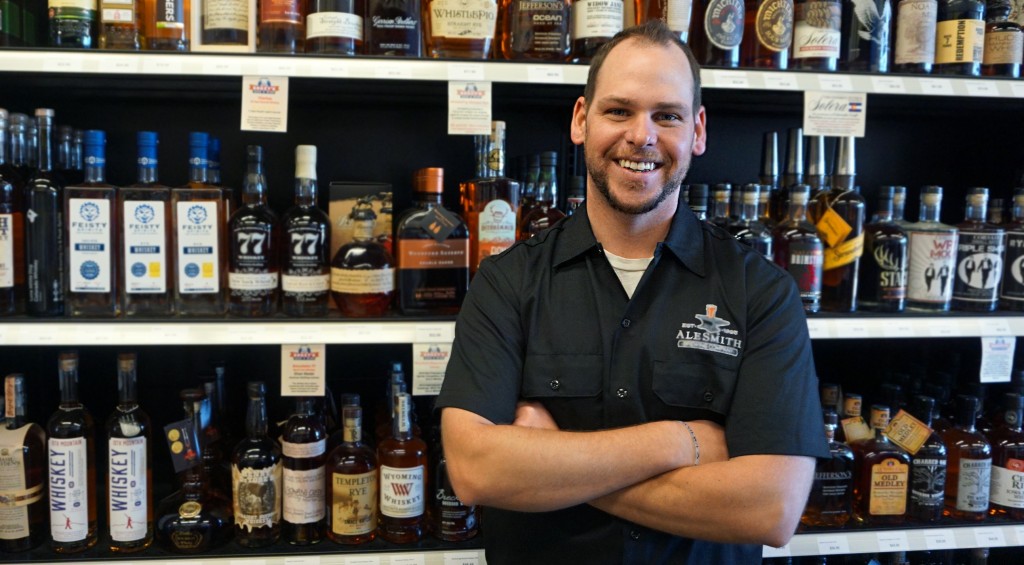 Kyle Moyer is expanding his liquor store business into a restaurant and bar. Photos by George Demopoulos.

A Highlands beer lover is opening a taproom and pizzeria in the same year-old building that houses his liquor store.

The restaurant and bar, dubbed The Crafty Fox, is 6,000 square feet and will be two stories with an outdoor patio and balcony on Fox Street.

“The concept is a craft taphouse,” said Kyle Moyer, Crafty Fox’s founder and owner of Bogey’s Beer & Wine. “When the liquor store opened, I didn’t think we were going to have a taphouse there. Seeing the clientele I’ve been bringing in to the liquor store, I thought this would be a perfect opportunity.”

The Crafty Fox will have a tap of 40 rotating beers and a menu of pizza, sandwiches and appetizers.

“It’ll be a one-stop shop to try some cool beers,” Moyer said.

Moyer said he intends to submit plans to the city this month, start construction over the summer and open by the fall.

He and his wife are financing the project that he expects to cost about $500,000. 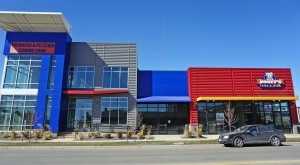 He plans on opening the restaurant in two phases. First he will open the first floor, bar, patio and balcony. Once the taproom has an established client base, Moyer will build more restaurant space on the second level.

“It depends basically on how busy we are,” he said. “We’re ready, we have the designs.”

Moyer hired chef Matt Selby as a consultant to help him develop The Crafty Fox’s concept. Selby, who is the head chef at the Central Bistro in the Highlands, is helping design the restaurant’s menu.

Moyer has also hired Matt Krascek as The Crafty Fox’s head chef. Krascek’s family has owned the restaurant Frank the Pizza King in Englewood since 1961.

“He’s been working there his whole life,” Moyer said. “He knows pizza. Once the summer comes around, his full-time gig will be at The Crafty Fox.”

While the Crafty Fox will be opened to all ages, Moyer’s target demographic is the 21-and-up crowd.

“I see businesspeople who live in Highlands and Sunnyside being a big portion of business,” he said. “We’re also only a half-mile from Coors Field, so we’ll get people from Downtown.”

The Crafty Fox is a block away from the planned 41st and Fox light rail station along the RTD’s Gold Line. The new line will run from Wheat Ridge through Arvada and to Union Station, giving The Crafty Fox access to people outside the immediate Highlands area. The RTD plans to have the new line up and running in 2016.

“It’s the last stop before Union Station,” Moyer said. “We’re also on the corner of I-70 and I-25. I think the neighborhood is going to explode in the next year or two.”

Kyle Moyer is expanding his liquor store business into a restaurant and bar. Photos by George Demopoulos.

The founder of a Highlands liquor store is launching a new project next door: a taphouse and pizza restaurant. And he's getting help from a Highlands head chef and a member of the Frank the Pizza King family.