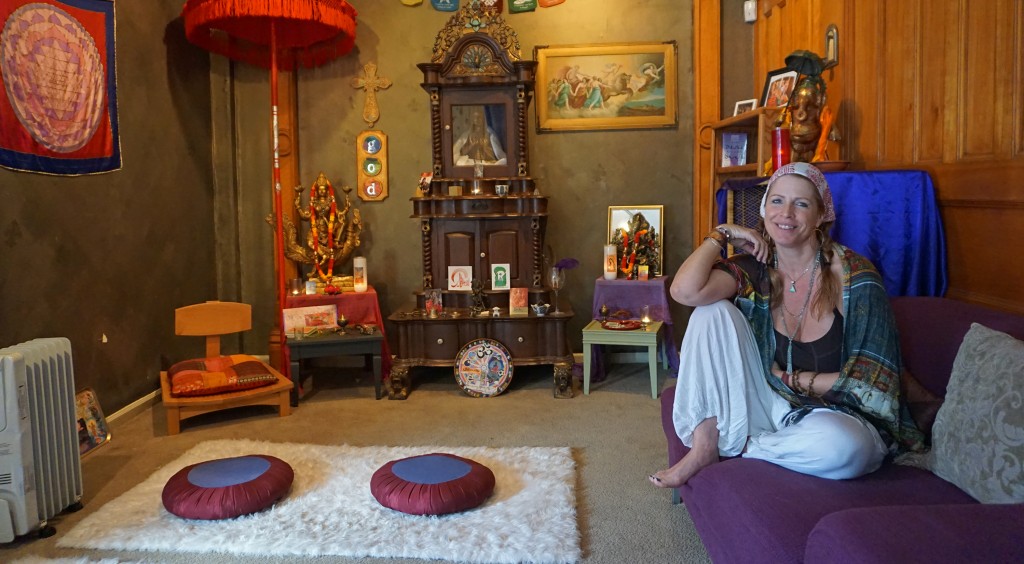 Katrina Gustafson is moving her yoga studio and opening a new location. Photo by George Demopoulos.

The owner of a Wash Park yoga studio isn’t taking her eviction lying down in shavasana.

Katrina Gustafson, who has owned The Karma Yoga Center at Franklin and Alameda Streets for five years, was told the day after Thanksgiving that her lease was terminated.

She said she anticipated the situation and was ready to locate a new facility.

“Fear is a mantra,” she said. “And I didn’t let it overtake me. I was never really worried.”

She’s moving the business to 1705 S. Pearl St. And she’s also opening a second yoga studio with a restaurant attached in City Park.

“I believe everything has energy: the building was old, things were breaking down,” Gustafson said. “So she (the building) realized it was time to let go.”

Stambaugh said the building drew interest from several suitors, and the deal closed about four months after the property was listed.

Stambaugh said the property’s new owner likely has a residential redevelopment in mind to take the place of the nearly 100-year-old building.

“Development investors, owner-users, everyone was calling us on this property,” he said. “It had a great location right in Wash Park, great walkability, the park is down the street … It’s a cool spot, plus it’s a neat building.”

In its new location, Karma Yoga will make some improvements. In addition to two separate studios, meditation rooms, a massage table and classes to train future yoga instructors, the Platte Park building will have a coffee bar and rituals performed by a shaman to help members work past psychological problems.

While most of Karma’s members are Wash Park locals, Gustafson doesn’t anticipate that the move will harm the studio’s attendance.

“Both neighborhoods have similar demographics,” she said.

Gustafson said some of the studio’s members also travel from suburbs like Wheat Ridge, Englewood and Littleton to attend classes at Karma. 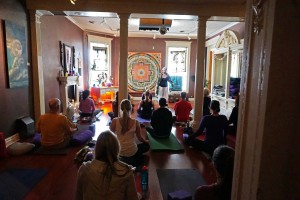 Gustafson is also purchasing a property at 17th and Detroit streets in City Park to launch her next project, called Shangri-La. That business will combine the amenities of a yoga studio and restaurant, as well as offering classes on ancient cultures, creative writing and eastern philosophy.

“The restaurant is a farm-to-table concept,” Gustafson said.

And instead of a culinary theme, Shangri-La will have a rotating menu featuring food that is in-season at the time.

A concrete opening date for Shangri-La has not yet been set.

Before becoming a yoga instructor, Gustafson was an English teacher in Loveland for 12 years. She discovered yoga while trying to quit smoking.

“Everything changed,” she said. “After smoking a pack a day for a year, I instantly quit.”

Burl Rolett contributed to this story.

Katrina Gustafson is moving her yoga studio and opening a new location. Photo by George Demopoulos.

After her studio property was sold, a yoga instructor is relocating and starting plans for a second concept that includes a restaurant.