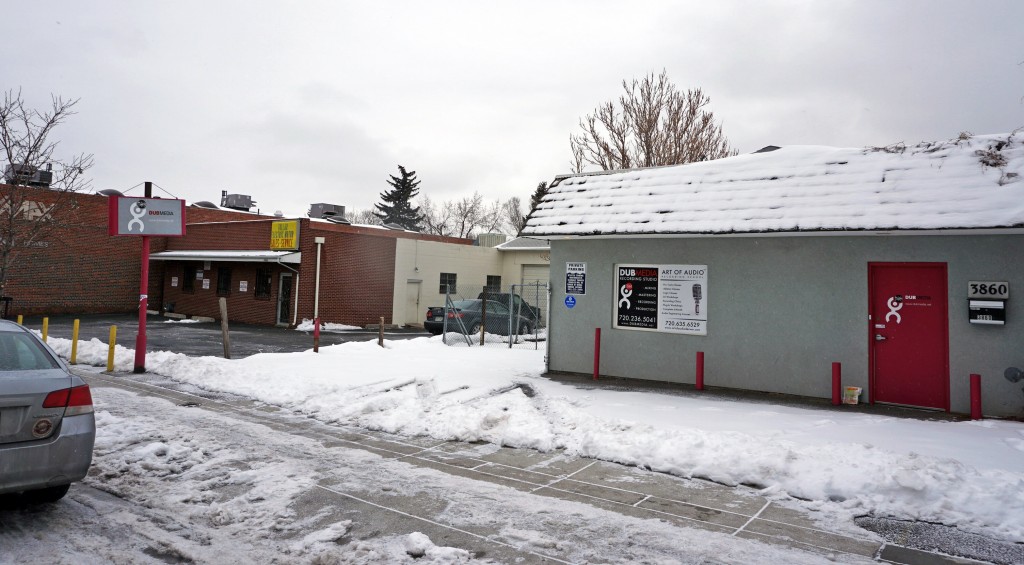 Two Tennyson Street buildings will be demolished to make way for a new apartment building. Photo by Burl Rolett.

Riverpoint Partners last month bought about 0.4 acres at 3860 and 3868 Tennyson St. with plans to build a new apartment building across the street from the Elitch Lanes bowling alley, which is itself being converted into a Natural Grocers.

“There’s only a few pockets like this in all of Denver: 32nd Avenue, Pearl Street and those eclectic neighborhoods,” said Reid Davis, a Riverpoint principal. “It will be a great place for 50 or 60 apartments aside from the bigger projects on 38th Avenue or downtown.”

Riverpoint paid $842,500 for the property in a deal that closed Feb. 12, according to Denver records. Plans, while still preliminary, call for between 48 and 55 apartments ranging from studios to three-bedroom units.

Davis said it is too early to say how much the project will cost to build. Demolition on two existing buildings is slated to begin in May, and Davis wants to start construction in January of next year. He estimated it would take about a year to build the five-story project.

The apartments will be a little larger than typical units in the area, Davis said. For studios, he’s looking at between 550 and 600 square feet. The one-bedrooms will be about 700 square feet.

Final rent rates haven’t yet been nailed down, but the larger apartments will likely rent at about $2 per square foot, with smaller units demanding higher prices per foot. Davis said he plans to include more two- and three-bedroom apartments than other new buildings around town.

“The smaller floor plans are attractive to millennials and people who want to move quite often,” he said. “People turn over a studio unit more. Maybe with the two- and three-bedrooms, you have a little more longevity; people may stay longer, which helps with turnover cost on the operations side.”

Plans also include a few walk-up apartments on Tennyson Street, one floor of underground parking and a fitness center. Craine Architecture will design the building.

The auto shop will relocate to 5441 Marshall St. in Arvada after 27 years in the Tennyson Street space. A move was never in the company’s plans, Stacey Tullar said, but the money was too good to pass up.

“The land value was so high, I talked to friends and investors, and they said take it while you can,” he said.

The building never actually went up for sale, Davis said.

“Luckily we were able to go in unsolicited with an offer and started the process in August or September, and then were fortunate enough to close Feb. 12 in a pretty smooth process,” he said.

The Tennyson Street project is the second multifamily development Riverpoint Partners has planned for the Denver area. The company is also working on 203 apartment units in Jefferson Park at 27th Avenue and Decatur Street.

It’s hard to walk a block on Tennyson Street without passing a commercial construction project.

“We like all the positive energy with all the new restaurants coming in,” Davis said. “Vitamin Cottage (part of Natural Grocers) will be a great addition, Atomic Cowboy will be a home run.”

Two Tennyson Street buildings will be demolished to make way for a new apartment building. Photo by Burl Rolett.