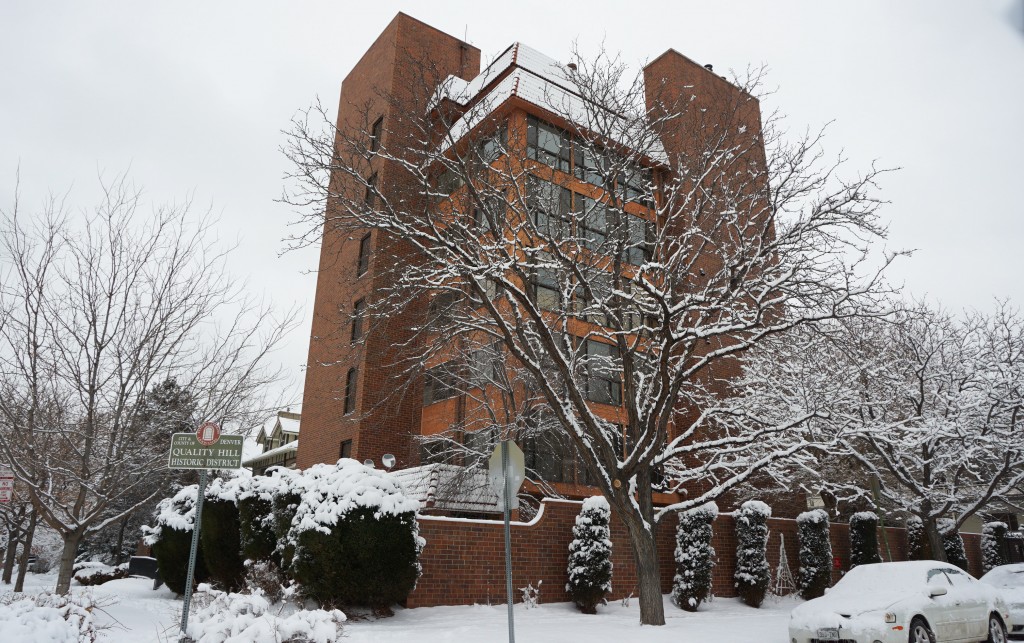 The building at 900 Pennsylvania St. is set for redevelopment. Photos by Burl Rolett.

A Denver entrepreneur is building her own home – with room for some affluent neighbors.

Open Scan Technologies founder and former CEO Nadine Lange is converting a seven-story building at 9th Avenue and Pennsylvania Street into seven high-end condos and her own penthouse.

“I knew I needed to be doing something after retirement, and the building opportunity came along,” she said. “It’s a big project, but I thought, ‘You know, I have the money. I can do this.’”

Demo on the building is underway, and Lange said she hopes to finish the project by May 2016.

She estimated the redevelopment would cost between $10 million and $12 million. Condos would list at an asking price of about $2 million apiece.

Plans call for five condos that will take up an entire floor each – about 3,000 square feet.

The first floor will have a pair of smaller condos, one of which Lange said she may keep as her guest house. Those units will run between 1,100 square feet and 1,400 square feet apiece and would sell for less than the $2 million larger units.

The top-floor penthouse is already spoken for. 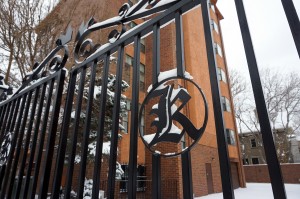 The building – formerly known as Kingstone Manor – is six stories and 17,300 square feet.

“I’ve always wanted to live in a mid-rise,” Lange said. “And then to be able to have plenty both indoor and outdoor space is pretty cool.”

That’s when Lange said she retired, but by the time the deal closed, she was looking for another venture. She considered putting money behind a marijuana business, but decided against it before a coming across the 900 Penn building.

“I thought I was going to get into the grow house business, and I’m glad I didn’t,” Lange said. “I thought this is too much, and it’s down a path I’m not totally comfortable with.”

She closed on the 900 Penn acquisition just one week after selling Open Scan. Acting as Mini Mouse LLC, Lange paid $3.4 million for the building in a deal that closed in July 2014, Denver records show.

She said she liked the property for its location near restaurants and other businesses in Cap Hill, as well as its easy access to downtown.

The finished product will include a rooftop deck, pool and fitness room. Lange said the condos will be up for extensive customization. The only feature buyers won’t have a say in is the location of the kitchens and bathrooms.

Lange said she thinks the building will appeal to buyers who are at least 50 years old, have the cash to put down on a $2 million condo and are looking for something a little more manageable.

“I think we’ll have people who are going to be downsizing from Cherry Hills,” she said. “People who want a nice home to come to, don’t want to be downtown or in a mall, but want the convenience of being in an inner city.”

900 Penn, as the project is called, was designed by architect Matt Davis. Sprung Construction is the project’s general contractor, and Kentwood City will handle marketing and sales.

As Lange embarks on her first residential development project, she hasn’t yet decided if she’ll take on a second. If she does, however, she’ll have a property at the ready.

Lange held on to Open Scan’s office building at 574 Santa Fe Drive when she sold the company.

Billtrust is leasing it back from her, but that lease is running up in the summer of next year.

“I’ve contemplated what I am going to do with that one day,” she said. “But I don’t want to think about it until this project is done.”

The building at 900 Pennsylvania St. is set for redevelopment. Photos by Burl Rolett.

Shortly after selling her 17-year-old company, a local entrepreneur is building herself a new home - and going in on a $10 million condo redevelopment project

Brilliant project. That building is incredible in its current state and the location is perfect.