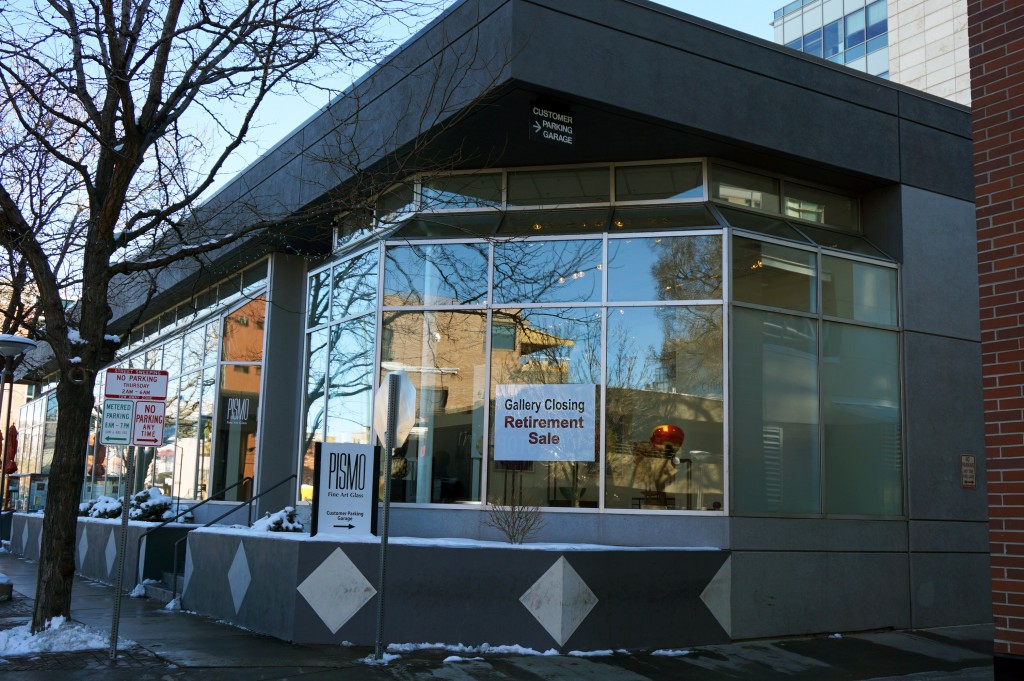 A 25-year-old Cherry Creek North glass shop is shutting down next month.

Pismo Fine Art Glass gallery is closing its doors as owner Sandy Sardella decides to hang it up after a quarter-century selling glass art. Business is as good as it has ever been, Sardella said, but she’s ready to retire.

Sardella’s gallery takes about 6,800 square feet at 2770 E. 2nd Ave, she said. Pismo will shut down at the end of March, but Sardella said the company will be in the space for another month after the closing, vacating the property toward the end of April.

Pismo has been in Cherry Creek North for its entire 25-year run and moved to 2nd Avenue from Fillmore Street about 10 years ago, Sardella said. The company also has galleries in Aspen and Vail that Sardella plans to shutter later this year.

The current Pismo space is back on the market for lease. It’s being advertised at a rate of $48 per square foot with a prospective move-in date this spring. Susan Karsh, the Newmark Grubb Knight Frank broker handling the listing, said no lease has been finalized for the property.

After 25 years in the neighborhood, an art gallery and shop is shutting down its area stores as its owner retires.

Hello Burl
I was hoping you could help me reach out to Sandy. We bought a few perfume bottles in her Aspen shop a few years ago. We just broker one of them, that we adore…so we were hoping Sandy could help us find a replacement somewhere.
Thank you so much in advance
Guillaume & Joanie
Cell: 970-765-6654 (we are currently in France, so PST + 9 hrs)