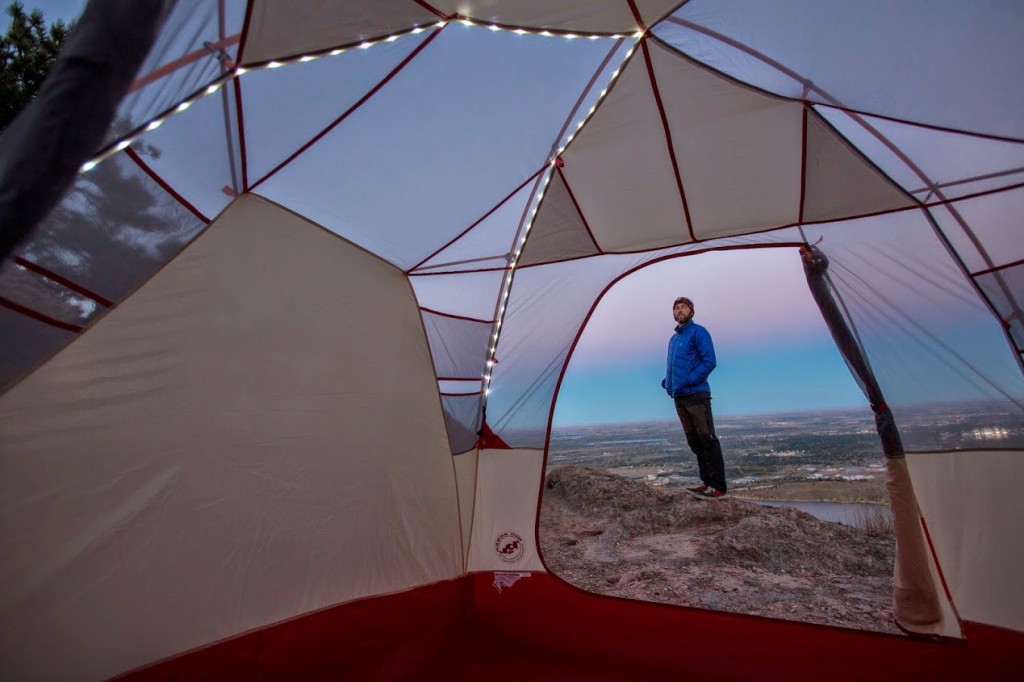 The tent just got a little bit more like home: it can come with a light switch.

The series of eight tents, dubbed “mtnGLO,” use AAA batteries to power the lights for up to 72 hours.

The tents range in price from $250 to $700, depending on the weight and durability of the model.

“We had the concept for a long time, about four or five years,” said Big Agnes President Bill Gamber. “Development happened over a two-year period.”

Big Agnes filed patents for the LED system and worked with third-party lighting companies to develop bulbs that don’t give off heat.

The two biggest design challenges were to make the tents cheap and light. 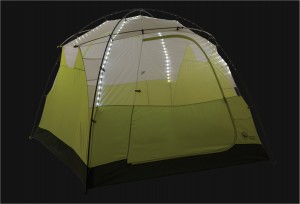 The new Big Agnes tents can power the LED lights for up to 72 hours.

“It adds about 3 ounces to a tent and about $40 to the retail price,” Gamber said.

The eight models of mtnGLO tents range in function from car-camping tents to lightweight backpacking tents. One of Big Agnes’ goals when designing the mtnGLO line was to make them appealing to a wide buyer base.

“Our whole direction was to make it so that it wasn’t some super-specific, elite item,” Gamber said.

Other companies offer similar products, but Big Agnes’ tents can appeal to the hardened backpacker in addition to the casual camper with less weight, durability and longer-lasting batteries.

Coleman, for example, makes a water-resistant, six-person tent with built-in LEDs for $250. Big Agnes’ six-person tent costs $550, but weighs half as much and has a 30 percent longer battery life for its lights. And it’s waterproof.

On May 1, the tents will be open to all retailers. Until then, they are available exclusively at REI.

“We’re one of their key suppliers for tents,” Gamber said.

The relationship is symbiotic: Big Agnes gets access to REI’s vast customer base, and REI gets to sell a product that no one else has.

“We came out with a new technology, and we were able to really control distribution,” Gamber said. “It was a great way to hit a broad consumer base.”

Founded in Steamboat Springs in 2001, Big Agnes derives its name from a peak in the Mount Zirkel Wilderness Area. The company got its start making sleeping bags and pads before moving into tents in 2003.

“Our bags and pads were a great launch to the company,” Gamber said. “Moving on to tents broadened our assortment of products and got our name out there.”

The company also follows an atypical business plan. They don’t perform market research, according to Gamber.

“We make things based off what we want. We produce products that we like and want to use,” he said. “For example, a couple of us started having kids, so then we started making family tents.”