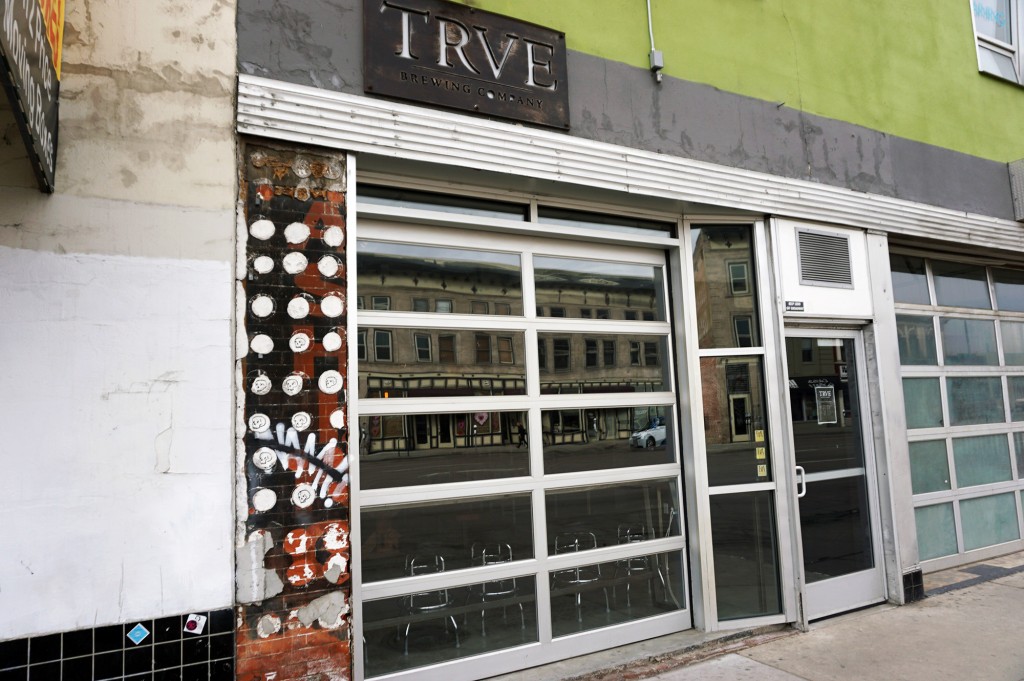 Trve Brewery, based out of 227 Broadway, is expanding is brew space. Photo by George Demopoulos.

A heavy-metal themed brewery is cranking up a second brewhouse that will initially focus on sour beers.

Trve is opening a 5,000-square-foot facility on 2nd Avenue next month called the “Acid Temple” that’s more than double the size of the brewery’s current space at 2nd Avenue and Broadway.

“I honestly think we’re going to grow four times this year alone,” Trve founder Nick Nunns said. “We made about 350 barrels last year, and we want to hit the 1,000-barrel mark this year.”

Nunns said last year, the brewery sold 97 percent of its beer in the taproom.

“We’ll have more than enough beer for the taproom, so now we can start getting some bottles and kegs out there,” he said.

Trve’s beer is in 10 spots outside of its taphouse: two bars, seven liquor stores and the restaurant Fruition.

“We’ll finally be able to sell to the bars that have been hounding us since day one,” Nunns said. “I’m getting a little tired of saying no to people who want our beer.”

The new warehouse property made the cut for the “Acid Temple” because of the rent and proximity to the main Trve space.

The project cost about $150,000, Nunns said, and was financed by a loan from Chase Bank.

The new space won’t serve as an additional taproom but will give Trve an area to experiment with new recipes and up production.

“Usually we have between six and eight beers on tap,” Nunns said. “Once we have the new place, we want to have something like 12 beers on draft in the taproom.”

Trve will use the space initially to brew sour beers before starting to experimenting with other recipes. Sour beers need special types of bacteria that are added in the fermenting process and can contaminate the taste of non-sour beers if brewed in the same tank.

Nunns said his business has exploded in popularity because of three factors: the location on Broadway, the selection of its beers and the heavy-metal atmosphere of the bar.

“We’re not just another brewery,” he said. “There’s a certain aesthetic you see in other breweries, and we’re totally different from that.”

Trve Brewery, based out of 227 Broadway, is expanding is brew space. Photo by George Demopoulos.

A heavy-metal themed brewery is cranking up a second brewhouse that will initially focus on sour beers.