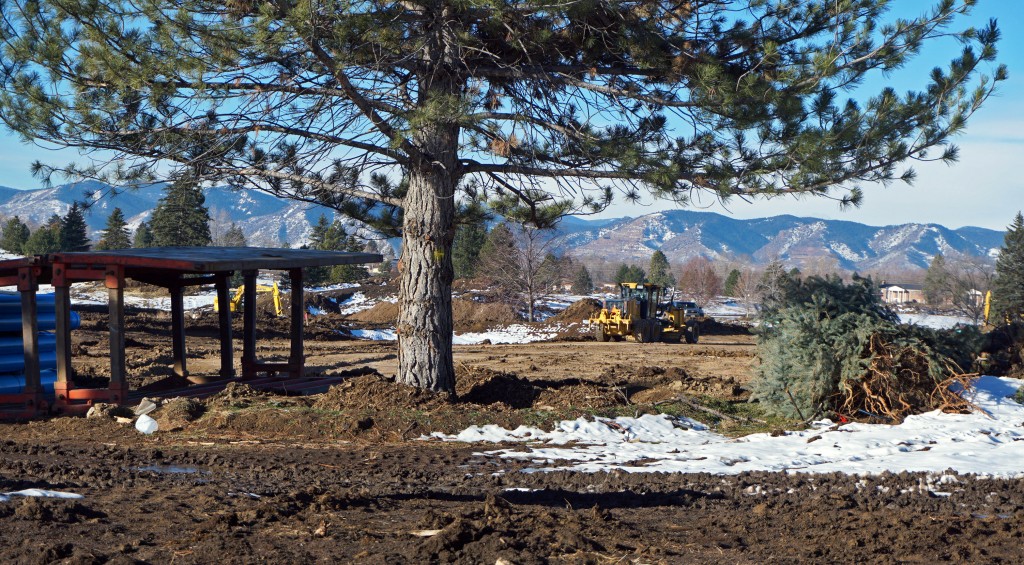 A national homebuilder is gearing up to begin a 300-home neighborhood at a former Denver country club.

Ryland Homes bought about two-thirds of the former Green Gables Country Club last month with plans to build the first of 294 new homes this summer.

Ryland Homes Division President Dan Nickless said the site is close enough to downtown and will give residents a head start on westward mountain traffic.

“It’s almost exactly the same distance to downtown Denver as the Stapleton project is – it’s a great location relative to the metro area,” he said. “We almost think it has a better location because you’re that much closer to the mountain corridor.”

Ryland Homes bought more than 100 acres at Green Gables last month for $17 million from Green Gables Development Co. And another chunk of the former golf course still owned by Green Gables is slated for a retail, commercial and apartment development, Nickless said.

Ryland will build 294 homes between three different neighborhoods at Green Gables over the next three to five years, Nickless said. The company is calling the project Green Gables Reserve.

The first section will feature single-family detached homes, with ranch houses at about 1,800 square feet and two-story homes as large as about 3,000 square feet. 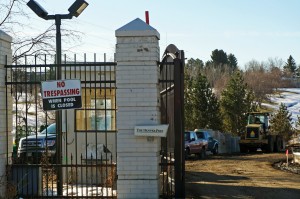 The Green Gables Country Club shut down about four years ago.

Ryland also has a section of paired homes planned that will share a middle wall and be directed at younger buyers. And the final neighborhood will be a gated section of maintenance-free homes aimed at baby boomers, where Ryland will arrange a management company to take care of landscaping and other outdoor chores.

All told, Green Gables Reserve will cost more than $100 million to build, Nickless said. While final home prices haven’t been nailed down yet, Nickless said they should range from $300,000 at the low end up to more than $600,000.

“There’s a lot of product variety, so it is going to be a pretty big spread out there,” he said.

Ryland will also debut a new line of homes for Green Gables. Nickless said the company is drawing up bathrooms that replace hot tub-sized baths with roomy showers. Ryland also plans to build larger garages and closets and will cut out formal dining rooms.

“People really congregate in kitchens, so oversize islands and open floor plans to connect the family is something the plans will really feature,” Nickless said.

Green Gables Country Club shut down in 2011, after 80 years in business. Its fairways and greens have been cleared, and the former course is now a patch of dirt covering about 150 acres west of Wadsworth Boulevard.

Green Gables Development Co. owns the westernmost section of the former golf course. That firm is a joint venture that includes a fund managed by Houston-based Lionstone Group and DGB Interests, which is headed by Doug McKinnon, Garrett Baum and Bill Branyan.

Green Gables Development has a 300-unit apartment complex and about 225,000 square feet of retail planned for the piece of the golf course it still owns.

And Baum said Green Gables is under contract to sell 15 acres at the southwest corner of the land to another apartment developer. That deal is expected to close this summer, and construction on the rental complex should begin in fall.

A developer has yet to be named for the retail section. Baum said Green Gables Development Co. could build and own the center itself or sell the land off to someone else. He said he’s hoping to have a decision later this year.

“We’ve had a lot of interest from retailers, but we haven’t engaged with them because we’ve been really focused on infrastructure, getting Ryland going and getting the apartments going,” Baum said.

Baum said Green Gables Development still owns six lots that front Ward Lake that it will sell to other builders for custom houses with docks.

If all goes according to plan, Ryland will deliver its first homes toward the end of this year and is targeting move-ins in the first and second quarters of 2016.

“There’s not a lot of sites in Colorado were you have any type of waterfront,” Nickless said.

A national homebuilder is planning about 300 new homes on a large swath of a shut-down country club outside of Denver.

The article states, “… the former course is now a patch of dirt covering about 150 acres west of Wadsworth Boulevard.” Not true! There’s a sea of mud on the EAST side of Wadsworth.

While the article is rich in details about the project it would benefit from quotes by neighbors who fear the development because of the total indifference being shown their concerns.

Has something gone wrong with this project? I saw Ryland is now Cal Atlantic Homes and by all appearances work has all but stopped at this site. Any new updates?

It’s over a year since this article. Are there any updates on this development? We’re close to the end of the first quarter of 2016 and no homes in site. Just a lot of dirt moving. Some paving and curb work. Any info available on what retail may be going in? Any info on access off Wadsworth – at Evans? Will this be a signal intersection? The area is so congested as is, can’t wait for the vehicles that go with 300+ more homes to add to traffic. Too bad GGCC closed, went under, sold out or whatever. Miss the greenery and 4th (or 3rd) of July fireworks shows they provided.

Will there be another stoplight installed on Wadsworth coming out of this development or will there be a ring road to reroute traffic to come out on Jewell?