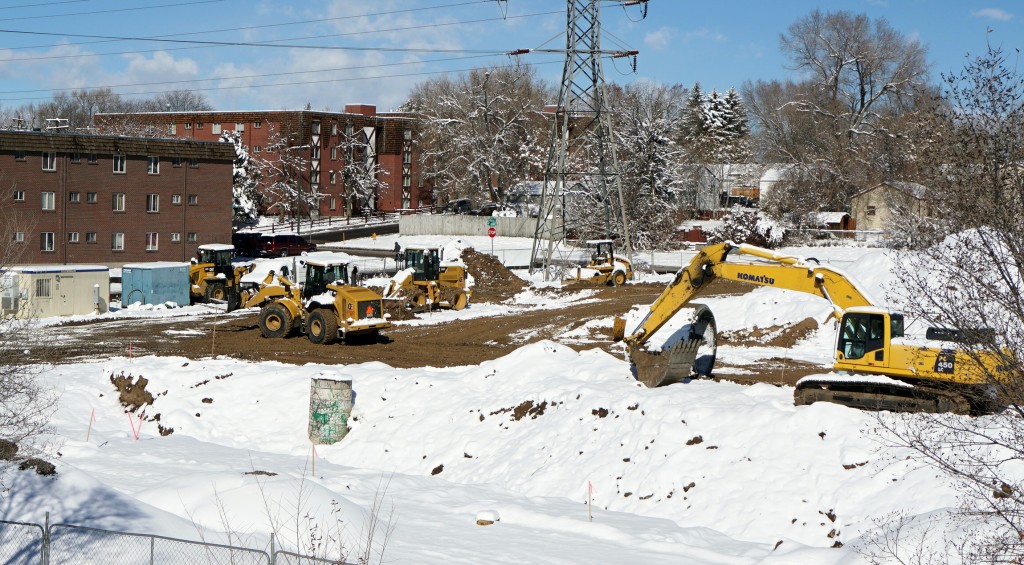 As rents skyrocket around Denver, a local developer is breaking ground on a near $20 million apartment complex that will keep rates down.

The Burgwyn Co. has started construction on a new $18.5 million apartment building at Mississippi Avenue and Pecos Street in Southwest Denver. Ruby Hill Residences will provide Section 8 housing, with 29 of 114 units set aside for homeless veterans.

“There hasn’t been anything built in that part of Denver in 25 years, and the median income is relatively low,” Burgwyn Co. owner Henry Burgwyn said. “We felt like the primary demand would be from people who earn $25,000 to $35,000 a year, which is right in the middle of the low-income housing range.”

Site work began at Ruby Hill Residences in September, and Burgwyn said construction is beginning in earnest this month. About $9.3 million in building permits was issued on the project in early February.

Plans call for a single four-story building at about 112,000 square feet. Ruby Hill Residences will have 78 one-bedroom apartments and 36 two-bedrooms. About 75 percent of the apartments, including those set aside for veterans, will be Section 8 units.

Burgwyn said there are more one-bedrooms in the development than he would typically build at the request of the Veterans Administration. The location is also a major selling point for the VA, which helped Burgwyn arrange millions of dollars’ worth of tax credits for the project. 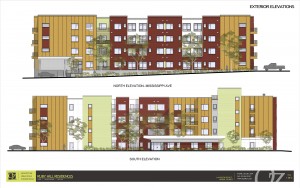 “The group that we have agreed to house are previously homeless veterans, some of whom go for medical attention to the facility in Lakewood,” he said. “It was located strategically to their medical facility near Union Boulevard.”

The credits are paid out in three installments, Burgwyn said: at the beginning of the project, when construction is finished and when the building leases up. Burgwyn will sell those credits to an outside investor, and he said proceeds will cover about 40 percent of his development costs.

The trade-off is the developer must agree to keep reduced rent rates for at least 15 years.

Burgwyn doesn’t foresee raising rents any time after that period runs out, he said.

If construction goes according to plan, Ruby Hill will welcome its first tenants in spring 2016.

Burgwyn is borrowing the Ruby Hill name from nearby Ruby Hill Park.

“It’s an area where there are a lot of jobs surrounding it, and there’s a grammar school and a library,” he said. “It’s really designed for small families.”

Shaw Construction in the project’s general contractor, and Oz Architecture designed the building. Chase Bank is providing financing, and New York-based First Sterling is an investor.

As rents skyrocket around Denver, a developer is breaking ground on an apartment project for low-income residents and homeless veterans.

Can you please tell me how someone can apply for residency at the new property being built at Mississippi & Pecos. Ruby Hill Residences. Thank you.

Hi my name is Tina. I am very interested in the new apartments being built in the ruby hill neighborhood. How do i apply and qualify for these apts? (720-323-4545)

Interested in a place for myself and three kids..currently homeless