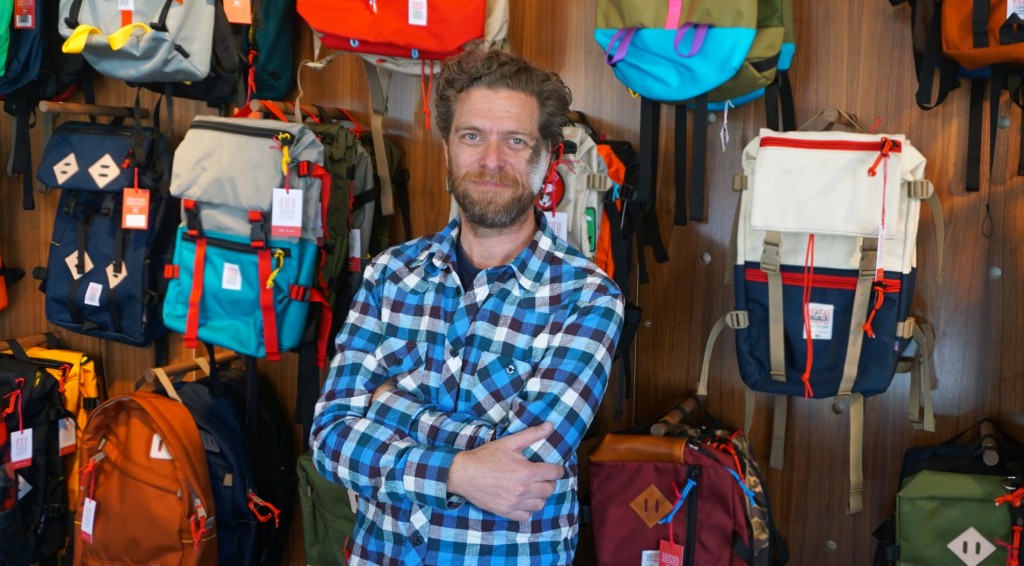 Topo Designs, co-owned by Mark Hansen (above) and Jedd Rose, is expanding onto shelves of a major retailer and a new store of its own. Photos by George Demopoulos.

A 7-year-old Denver backpack and bag company has a new road map for expansion.

RiNo-based Topo Designs is opening a store in Fort Collins and putting its high-end bags – a laptop bag retails for about $150 – in REI stores this summer.

And it’s moving its Denver headquarters into a 4,000-square-foot office and warehouse space.

Topo hopes to open a1,000-square-foot store on College Avenue in Fort Collins by April 1. It will be Topo’s second brick-and-mortar location, following its Larimer Street shop in Denver.

“It felt like the time was right to open the store,” said Topo co-owner Mark Hansen, 43. “We’re very hands-on, so we’ll do a lot of the set-up work ourselves.”

Hansen and his partner Jedd Rose, 37, are financing the project out-of-pocket and said it’s an investment less than $100,000.

“We definitely worry about making sure everything is done correctly,” Hansen said. “Any time you commit to a lease, you’re going to end up with a fixed cost over a few years. You need to make sure that there will be sales and traffic there so you can pay the bills.” 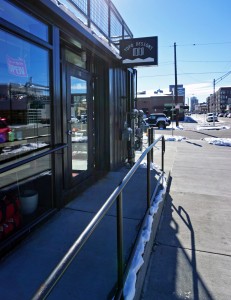 Topo will also debut its bags and backpacks in REI stores in August.

“We’ve had a lot of traction with independent stores, and now we’re starting to expand into larger outdoor retailers,” Hansen said.

REI stores in Denver, Seattle and a handful of other cities will carry the Topo brand.

“They’re not going to become our largest sales channel, but we’re looking forward to seeing how it grows,” Hansen said.

Topo products are for sale in 120 stores across the U.S. and about 80 more locations throughout Europe, Asia and Australia, the company said. Most of the stores are smaller, single-location establishments.

Hansen said he sees Topo’s deal with REI as a way to spread awareness about the company.

“We think REI will give us exposure to a new community which we don’t have exposure to right now,” he said. “For us, it’s a natural progression of growth.”

Hansen said Topo and REI negotiated the deal for about a year.

To keep up with the growth, Topo will also be consolidating its warehouse and office into one 4,000-square-foot space at 24th and Blake streets in March. 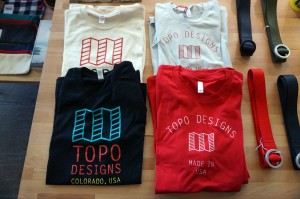 In addition to bags and packs, Topo recently expanded into apparel.

Topo got its start selling backpacks in 2008. Originally, Topo products were only available through its retailers and online. In November 2013, the company opened its first store on Larimer Street in RiNo.

Pack and bag sales have been the backbone of Topo’s business since the company’s inception. In 2014, it expanded into apparel and outerwear.

When Topo started, Rose made every bag by hand himself.

He and Rose wanted to keep their manufacturing base within the U.S., so they found a factory along the Denver-Boulder corridor.

“‘Made in the U.S.’ is a short, easy phrase to say, but it sets us oceans apart,” Hansen said. “It’s a very different business.”

Topo Designs, co-owned by Mark Hansen (above) and Jedd Rose, is expanding onto shelves of a major retailer and a new store of its own. Photos by George Demopoulos.

A RiNo-based pack and bag retailer is sizing up with plans for another store in Fort Collins and a debut on the shelves of a major outdoor gear retailer.