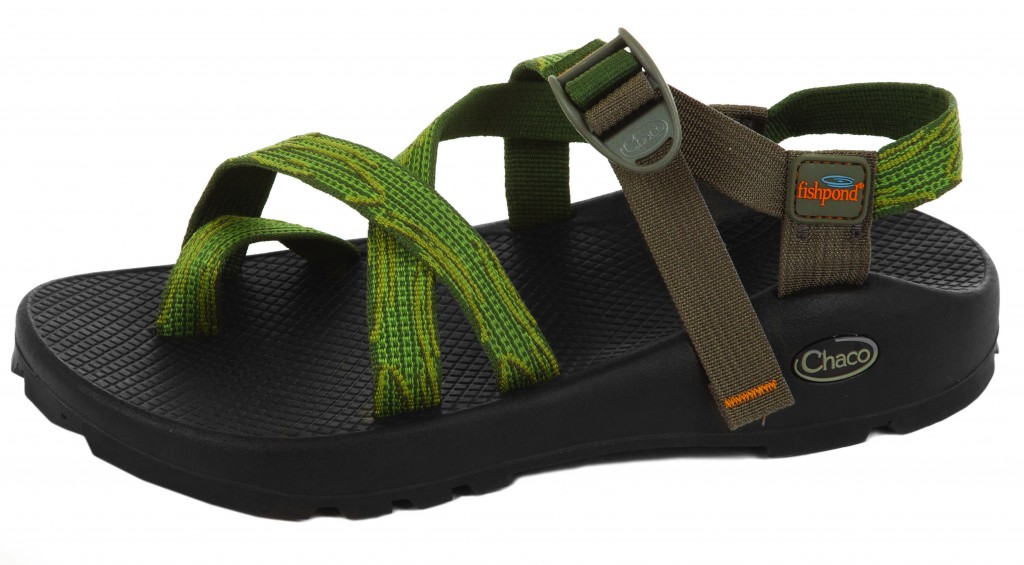 A local outdoor gear retailer is expanding into the footwear market. Photo courtesy of Fishpond.

Denver-based Fishpond is stepping into footwear. The company, which makes bags, apparel and tools for anglers, will release its first two shoe designs at the end of March.

Will Kurtz, director of operations at Fishpond, said he hopes that the shoes will establish Fishpond as a primary supplier to a niche market with fishers in mind.

“You’re not going to want to be wearing boots all the time,” Kurtz said. “It’s too hot. It’s easier to wear sandals and shorts than boots and waders.”

Fishpond designed the shoes, which will be produced by footwear company Chaco.

Ben Kurtz, Fishpond’s president, said that there is a void in the market for a more technical wading sandal.

“That’s something that’s missing in the fly shops – a design that was made specifically for fishing in a boat or in a river.”

Will Kurtz predicts that the shoes will be most popular in markets where Fishpond and Chaco are well-established brands, including Colorado and the Southeast. Fishpond also has a strong presence outside of the U.S., in countries including Canada, Austria and Russia.

While Fishpond designed the shoes for fishers, Kurtz anticipates that the footwear will also be popular among hikers and rock climbers.

The new shoes use soles produced by footwear company Vibram, which specializes in boots and rock climbing shoes, and are designed to keep traction in boats and riverbeds.

The sandals will cost $110 and the flip-flops $75. They will be available through Fishpond’s website and at retailers that carry the brand.

A local outdoor gear retailer is expanding into the footwear market. Photo courtesy of Fishpond.

A Denver-based retailer is stepping into a new market with its first sandals, produced by national footwear brand Chaco and designed specifically for anglers.