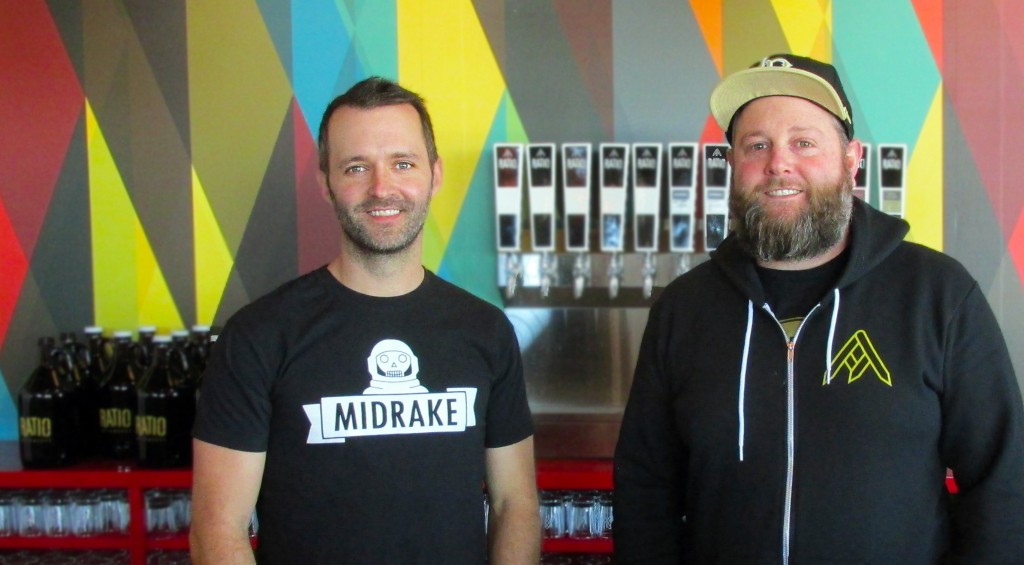 Ratio Beerworks is giving RiNo residents something new to toast to this Valentine’s Day.

The new brewery, founded by former Boulder musicians on Larimer Street between 29th and 30th avenues, will open its doors on Feb. 14.

“We made a conscious effort to have a bigger operation than a lot of other startup breweries,” said brewmaster and co-owner Jason zumBrunnen.

The 5,500 square feet of indoor space contain brewing equipment, a cold storage room and bar space. The remaining 4,500 square feet will include an outdoor patio for lawn games. 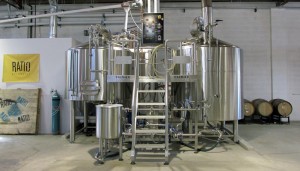 Ratio expects to produce up to 40 kegs every few weeks.

It took about $1 million in seed money – from angel investors, family and friends – to get the brewery up and running.

The initial brewing equipment will include a 20-barrel setup capable of producing between 30 and 40 kegs of beer every two to three weeks.

“Storage will be our bottleneck,” zumBrunnen said.

ZumBrunnen also said that a part of Ratio’s outdoor space is slated for construction of a second cold storage room.

Starting with a larger setup allows Ratio to sell its beer to restaurants and bars as well as keep the taproom supplied. Ratio is currently negotiating with 10 Denver-area establishments to sell its beer, co-owner and head of marketing Zach Lowery said.

Lowery said he hopes to begin canning and distributing to liquor stores by the end of this year.

Ratio signed its lease in February of 2014 but didn’t begin construction of its facility until last summer after the building was rezoned by the city.

“There were lots of code changes to be made before we could start construction,” Lowery said. 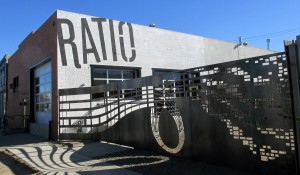 ZumBrunnen said that all of the company’s fermenting tanks arrived before the brewery could move them into the building for zoning reasons, and Ratio’s owners had to store their equipment with friends.

The Valentine’s Day launch will have a six-beer menu. One of the beers will be a limited release of Ratio’s Hold Steady Scotch ale brewed with coffee from the neighboring Novo Coffee.

Ratio founders zumBrunnen, Lowery and Scott Kaplan met each other through Boulder’s underground punk rock community in the mid-2000s.

“Boulder is known for its hippie scene, but almost because of that there was a counter-culture there,” zumBrennen said. Kaplan and zumBrunnen each played guitar and sang in Boulder-area bands. Lowery ran an independent record label, Grey Flight Records, that began distribution in Denver in 2006.

Another new brewery is joining the RiNo lineup, and its owners already have plans to push production and start distributing to bars and stores.