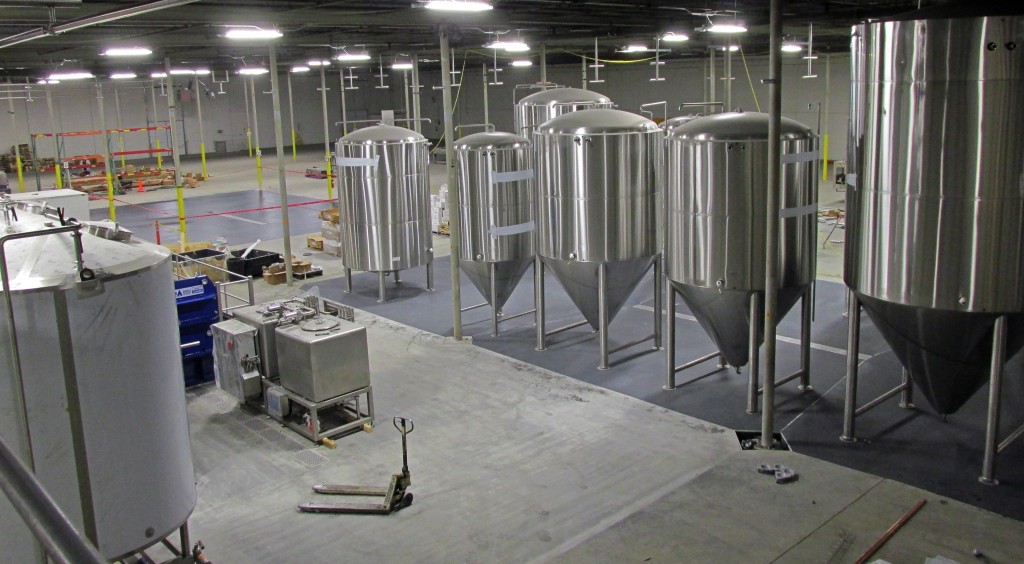 A large brewing facility is coming to Denver that will produce beer for other breweries and restaurants.

A monster brewery is awakening in Denver.

Contract brewery Sleeping Giant opened a 70,000-square-foot powerhouse that will never sell a draft of its own. Instead, Sleeping Giant makes other breweries’ recipes.

“For us, our customer’s beer is our beer,” founder Matt Osterman said. “We’re only going to be as successful as they are.”

Osterman pumped several million into his factory, and so far he has agreements to brew for 14 clients and is working on deals with about 10 more. He expects to have contracts in place to brew about 90 percent of Sleeping Giant’s first-year capacity by the time the company launches this month.

Sleeping Giant, based in a warehouse near Interstate 25 and 6th Avenue, takes orders from its clients for specific recipes and after calculating labor, ingredients and any other charges for specialty orders, quotes a price per case or keg. The company can also come up with recipes for breweries and expects some business from small restaurants eager to sell a house beer on tap.

“A brewery can come with to us with as little as an idea, say ‘here’s my brand, my concept, make some recipes for me,’” Osterman said. 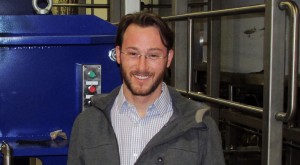 The tenant roster so far includes breweries around the country and in Denver, and even startup breweries that are still working out the kinks in their business plans.

Dad and Dude’s Breweria is one of Sleeping Giant’s clients. The Aurora-based brewpub aims to produce about 5,000 barrels of beer for 2015. About half of that will be brewed at Sleeping Giant, CEO Tom Hembree said. The other 2,500 barrels will be brewed onsite or through a separate contract brewing arrangement with Castle Rock’s Rockyard Brewing Co.

“We needed to secure a location that can produce at a greater level, and that’s where Sleeping Giant came in for us,” Hembree said. “From a cash flow standpoint, we don’t need to go out and spend a gazillion dollars on a brewing facility.”

Evans doesn’t plan to bottle his beer or market it outside his bar, but said he’ll save money buying from Sleeping Giant instead of a distributor. Society can also call its beer whatever it likes – a little something different could go a long way in a crowded craft beer market.

“Part of the problem with craft beer is, there’s a lot of new stuff, but if you go around town you start see the same handles over and over,” Evans said. “I can put my own light lager on happy hour, make more money and have a happier clientele, because they have some that is unique.” 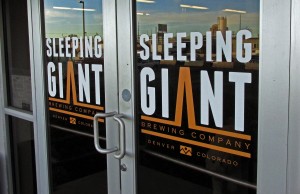 Sleeping Giant will launch next month.

Osterman started as a home brewer that wanted to get into the business professionally. The Boulder native moved to Denver about five years ago and took a job at New Planet Beer, at that point an upstart brewery available in about 10 total shops and restaurants.

Since then, New Planet has expanded into 47 states and currently contracts out its own brewing operations to a larger brewery.

While at New Planet, Osterman realized there wasn’t a facility that specialized in contract brewing without a brand of its own west of Minnesota.

Osterman left his job at New Planet in November 2013. He then signed a seven-year lease on Sleeping Giant’s 70,000-square-foot production facility. Osterman named the company after a mountain near Steamboat Springs. He’s been building out the space since September.

But while there are major contract brewers in New York, Pennsylvania, Wisconsin and Florida, Osterman sees a gap in the thriving Colorado and West Coast brewing scene.

The location cuts shipping costs for western breweries. And it could also open up the West Coast for eastern beer companies that can now make and ship beer out of Osterman’s Colorado brewery instead of building a brand new facility in the West.

“It’s a tried-and-true business model, it’s just nobody has tried it in the West before,” Osterman said. “Not only do we have Colorado, but we’re closest to California and the Pacific Northwest. We’re closest to Texas, which is a huge market.”

The company will launch with seven employees, headed by two veterans from Coors.

“They don’t need us to be wizards,” Osterman said. “They need us to consistently produce a quality product, every time, so they get what they asked for.”

Growing the business will mean either bringing on more breweries or getting bigger orders from current customers, and Osterman said he’ll aim for a middle ground between the two strategies.

A large brewing facility is coming to Denver that will produce beer for other breweries and restaurants.

A monster brewery is awakening in Denver – one that will dwarf the craft operations sprouting up all over the state.

Matt’s passion for brewing high-quality and innovative beers and his careful vetting of this opportunity will combine to create a most successful venture.
We wish Matt and his team much success!