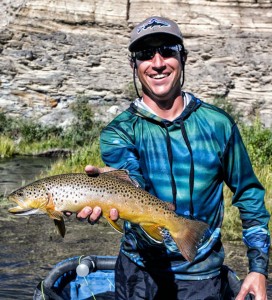 Bo Pitto founded an outdoor gear startup and an organization to give other small businesses more impact.Photos courtesy of Pitto.

Entrepreneur Bo Pitto is leading a small pack of fellow outdoor-related startup owners on a hunt for more exposure.

Pitto, who sells a tool for keeping skis standing against a car called the Sport Bumper, founded Colorado Original Outdoor Products (COOP) in September of 2014 as a way to share exhibit space, marketing services, printing services and warehouse space.

And he wants to turn it into a larger brand and add an online store.

“I realized we’re all in the same boat,” Pitto said. “We’re all one-man or two-man shows, so our network is pretty limited.”

COOP’s main draw for its clients is the shared booth space at trade shows. COOP booths have appeared at conventions like the Sportsmen’s Expo and will be featured at the ski industry’s seminal SIA Snow Show that starts today.

To join COOP, a company pays $300 annually, and 10 clients have gotten on board so far.

And companies receive benefits from joining COOP outside of its trade show booths and business network.

Pitto, a University of Denver grad, hopes to expand COOP within the next few months. 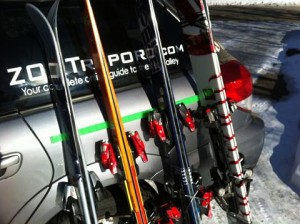 “The ultimate goal is to become a distributor for member companies,” he said.

“It’s hard to go to a Sports Authority with just a Ski Bumper and get them to buy it,” he said. “When we all team up, we have a full product line, so it’s easier to convince a retailer to stock their products.”

A limited version of an online store is projected to go live by April.

“We’d like to have a full-fledged catalog in the next six months,” he said.

Pitto is not only the founder of COOP, but also one of its member companies.

“I went to Home Depot, bought a bungee cord, cut notches in it to give it texture, and went to Christy Sports to sell it,” he said. “They told me they liked it, but to come back when I had a real product.”

Pitto returned to Home Depot with new resolve, and made a new Ski Bumper out of metal and magnets. Ski Bumpers are now sold at Christy Sports.

“When I made the first 50 Ski Bumpers, and there were 950 to go, that was pretty bad,” he said. “I told myself I’d never build a Ski Bumper again. I changed the design and outsourced manufacturing to China.”

While marketing the Ski Bumper by word-of-mouth on chair lifts at resorts, Pitto got the idea to design a Bumper product for hunters and created The Sportsman’s Bumper.

“I just ran out and had to order 5,000 more Sportsman’s Bumpers,” Pitto said. “I have two new products on the drawing board, too.”

Bo Pitto founded an outdoor gear startup and an organization to give other small businesses more impact.Photos courtesy of Pitto.

An entrepreneur is organizing outdoor-focused startups - including his own - with perks, shared space and exposure at expos.