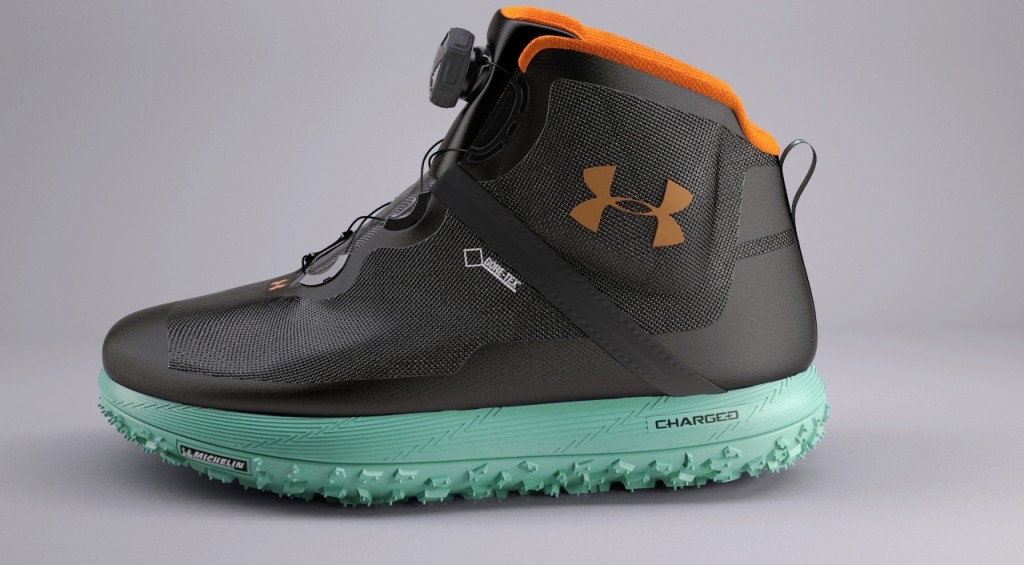 A local company is teaming up with Under Armour on a new boot. Courtesy of Boa Technologies.

Boa Technology is tightening its grip on the hunting industry.

The Denver-based company – which sells a device that replaces traditional shoelaces with steel wire and a twistable dial – is now selling its product device to Under Armour for a heavy-duty outdoor boot.

The deal was announced last weekend at the Outdoor Retailer Winter Market in Salt Lake City.

Dubbed the Fat Tire GTX, the new boot will use Gore-Tex material, Michelin tire rubber and the Boa closure system.
Under Armour and Boa representatives declined to comment on the specifics of the deal.

The Under Armour footwear team has been working for the last 18 months to design the boot to work with Boa’s device.

The boot will be available in the summer and will retail for $200.

The Fat Tire’s target market will be hunters, according to Boa’s Marketing Manager Liz Moore.

“We have a really strong presence in the hunting industry right now,” she said. “Cabela’s has been our partner for about six years. It’s a space we have some good familiarity with.”

The Boa Closure System is an interwoven mesh of stainless steel laces that attach to a dial. The dial is turned to tighten and loosen the laces. The system was designed in 1996 by Californian Gary Hammerslag for snowboarders to easily adjust their boots while wearing gloves.

In 2001, the Boa’s Closure System began seeing use on K2 and Vans snowboarding boots. Since then, Boa’s technology has spread across the outdoor industry and to other applications, including inline skates, medical braces, golf shoes and prosthetic limbs.

A local company is teaming up with Under Armour on a new boot. Courtesy of Boa Technologies.