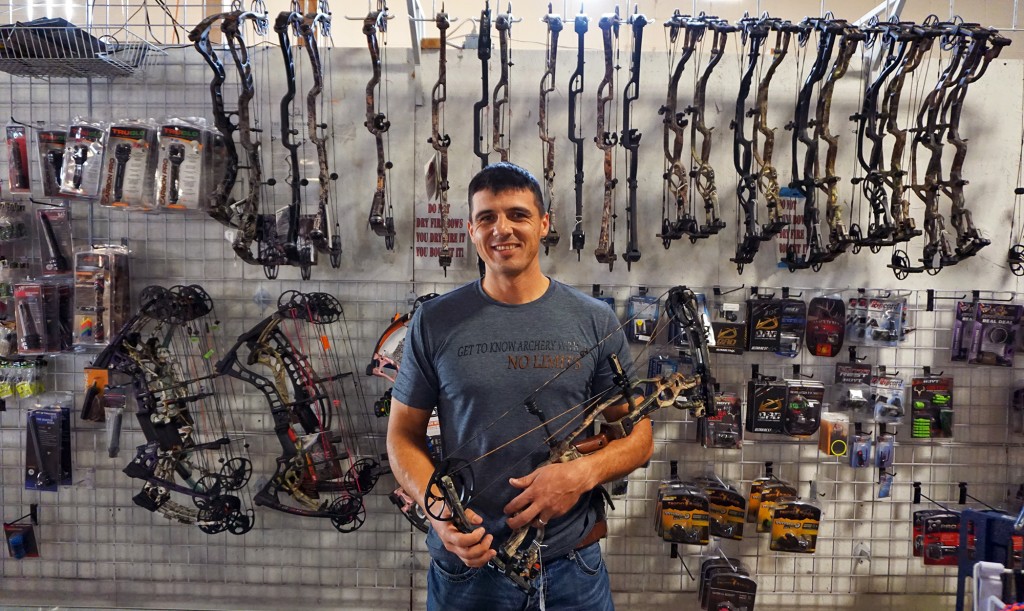 Phil Mendoza is planning a major move of his archery facility and retailer. Photos by George Demopoulos.

No Limits Archery is taking the bow back outside.

The archery range and retailer is moving to a new facility with an outdoor range.

Owner Phil Mendoza said the new facility on 78th Avenue in Adams County will open in May.

The move will slingshot No Limits from its current 18,000-square foot warehouse to a 15-acre facility. In addition to the outdoor range, the new location will have a 16,000-square indoor space for retail and repair services and an additional range.

The project cost about $1.4 million, Mendoza said. Mendoza took out a bank loan and sold a parcel of family land to raise the money.

“For the cost of renting a space this size, I may have paid off half the new building already,” Mendoza said. “I want to keep the assets in-house.” 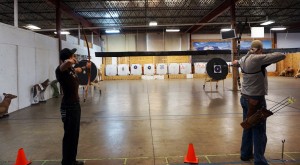 Customers test out some of No Limits’ bows.

Mendoza has been in the process of expanding No Limits since he bought the new location’s property in 2013.

“It’s taken us two-and-a-half years to get all the proper permits and rezoning before we could build,” he said.

The new target ranges will be archery-exclusive, Mendoza said.

“Part of our agreement with Adams County was that there would be no hunting or firearms,” he said. “This is very much in the public eye.”

Land use and zoning permits weren’t approved until Dec. 17, 2014. Construction on the facility began in early January.

Mendoza grew up a hunter, and he began shooting competitively in 2006. He participated in his first professional archery event in February 2014.

Over the last three years, No Limits’ client base has grown by about 10 percent per year. Mendoza predicts that number to increase by 15 to 20 percent growth per year with the new facility. He believes that interest in archery has rekindled in recent years thanks to films like “The Hunger Games.”

“The Friday after the movie released, our walk-in youth programs more than tripled in size for that weekly class,” Mendoza said. “Kids saw archery in that movie and wanted to try it. We’ve seen spikes in similar movies with ‘Brave’ and ‘The Avengers.’”

And movies have raised interest in archery across unexpected demographics.

“It was a bunch of girls right after ‘The Hunger Games,’” Mendoza said. “Archery in youth is 60 percent boys and 40 percent girls. I’d say after that movie came out, 70 percent of the kids who came in were girls.”

Phil Mendoza is planning a major move of his archery facility and retailer. Photos by George Demopoulos.

An archery facility is expanding into a 15-acre complex with indoor and outdoor ranges in the spring.