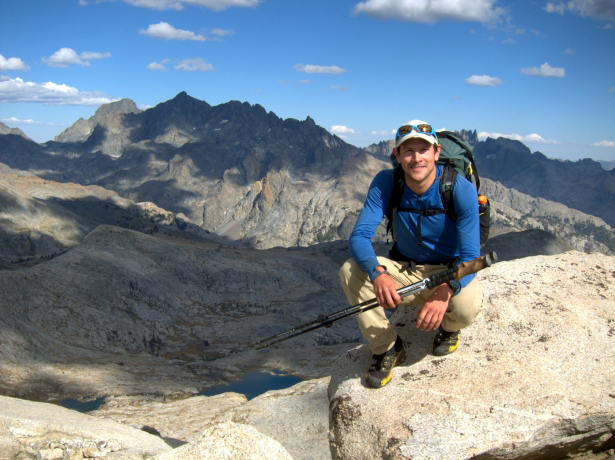 “I think more functionally and say, ‘Well, for these sorts of conditions, that fabric is unnecessarily heavy,’” Skurka said.

“We’re designing a shelter right now. I broadly told them that I wanted a shelter that was light enough for three-season camping, but warm enough for winter camping,” Skurka said. “I took a sketch pad and sketched it for them. They take the crude design and make the product.”

Skurka is an endurance hiker who has traveled more than 30,000 miles. He’s also the author of “The Ultimate Hiker’s Gear Guide.”

“The agreement that we’ve made is that Sierra Designs will proof a product that I want,” he said. “If they think there’s a market for it, they’ll produce it.” 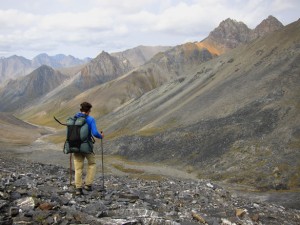 Skurka, pictured in the National Wildlife Refuge in Brooks Range, Alaska, will consult with Sierra Designs on gear.

In addition to working on product concepts, Skurka will also be doing some marketing. That task will include working on videos and branding – and testing the products.

This isn’t the first time that Skurka has worked with Sierra Designs.

“The relationship has been ongoing for a while, but it’s just becoming public,” Skurka said.

Skurka’s qualifications come from his adventures. In 2010, he received a grant from National Geographic to complete a solo six-month, 4,700-mile trek through the Alaskan wilderness. In addition to hiking, the expedition included about 1,300 miles of skiing. He completed the trip in September 2010.

The equipment created by the Sierra Designs-Skurka partnership will be intended for experienced campers on difficult trips. But the casual camper won’t be ignored.

“There are different ways to backpack,” Skurka said. “On one end of the spectrum, you have your car camper. Their primary objective is to get out and camp. Then there’s endurance hikers, who only stop to camp when they need to recharge.”