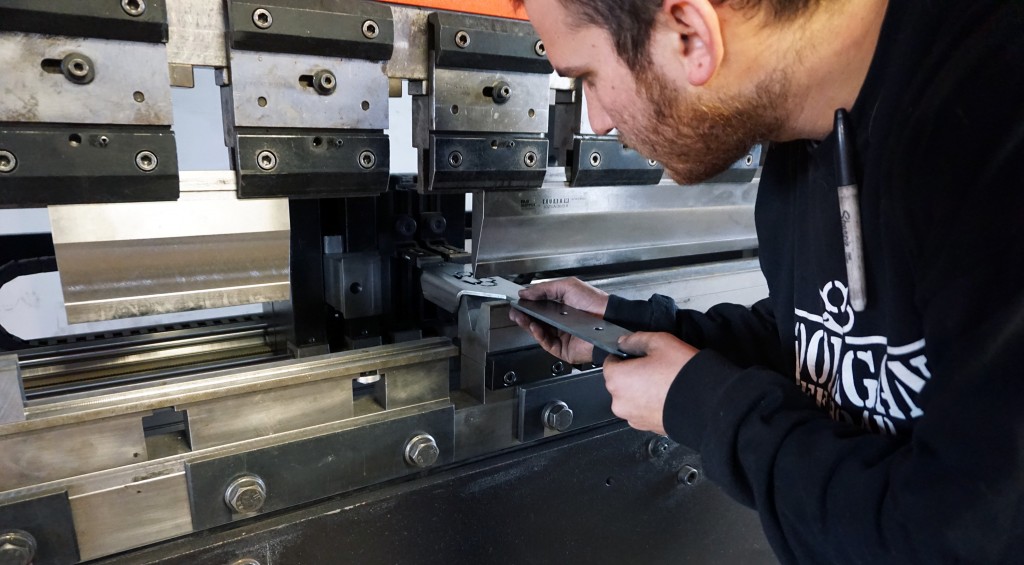 A custom Jeep 4×4 shop in Denver is taking its business off the beaten path.

Josh Bloom said he hopes new computer-controlled tools will help him transform Hooligan Off Road from a niche parts designer and Jeep customizing shop into a specialty off-road parts supplier.

Bloom is updating Hooligan’s workshop with two new machines: a plasma cutter table and a press brake that bends sheets of metal. The new machines cost around $100,000 total, he said.

“I made 20 brackets in 60 seconds yesterday,” Bloom said. “That’s a job that can take 15 minutes with our old tools.”

Previously, Bloom ordered specialized parts from third-party suppliers. Being able to produce custom parts allows him to cut his supplies budget by more than half.

“It costs $450 for me to buy boatsides from a supplier,” Bloom said, referring to a metal panel on the bottom of a Jeep that protects it from rocks and debris. Bloom first cuts the metal and then would sent it to another shop to be bent. “Being able to produce the part in-house has cut cost of the part to $200.”

Because the new machines are computer-controlled, Hooligan can mass-produce specialized parts with perfect accuracy. 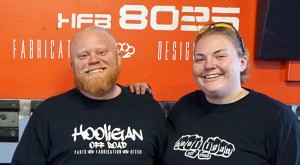 “With the old machine, we’d make 20 brackets and have to throw two of them out because you’re eyeballing the whole thing,” he said.

Bloom’s new tools do more than improve efficiency and cut costs – they’ll allow him to break into new markets. He said he has been approached by parts supplier 4 Wheel Parts and that the company was interested in stocking Hooligan parts.

Instead, Bloom plans on selling Hooligan parts to suppliers and stores around the Denver area. Currently, Hooligan conducts about 90 percent of its business online, selling parts to private Jeep owners.

“It’s a whole new market for us,” Bloom said.

Right now half of Hooligan’s revenue derives from selling specialized parts. The other half is from transforming street-bound Jeep Cherokees and Wranglers into an off-road beasts for around $25,000 per rig.

The company does between three and six custom builds a year. Bloom says that he’s “focusing more on manufacturing right now than putting our parts on someone else’s car.”

And Bloom said he expects to expand into entirely different markets in 2015. Future plans include manufacturing raised dog dishes and selling metal art at farmer’s markets.

Bloom started Hooligan in a friend’s garage in 2009. In 2011, after teaching himself how to use the CAD computer program, he moved into the shop’s current location on 52nd Street in Commerce City.

A Denver company that tricks out Jeeps is switching gears and has started manufacturing its parts with new high-tech equipment.