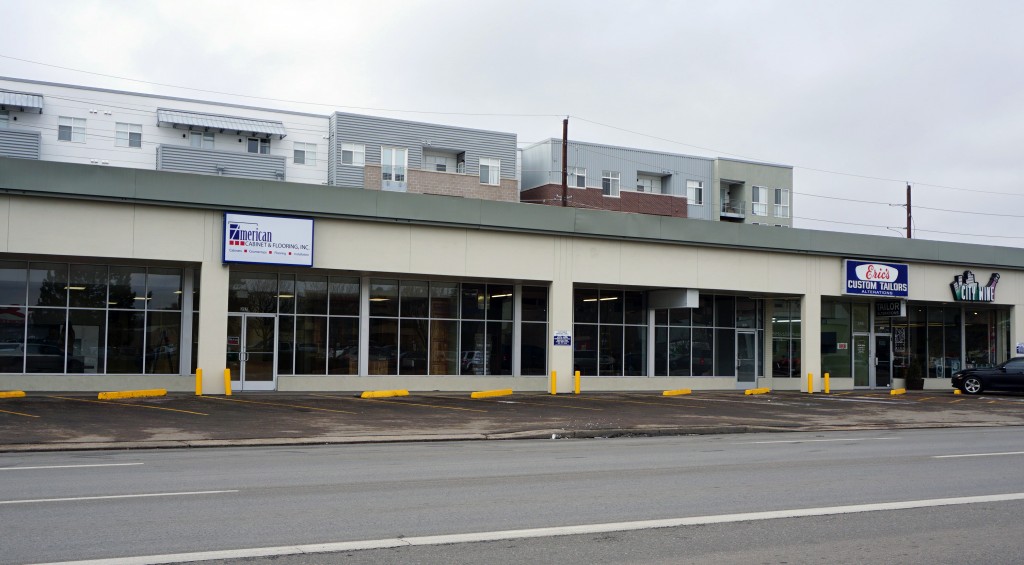 A ghastly multiple homicide won’t be the death of a Colorado Boulevard storefront.

It took more than two years and a complete renovation, but the former Fero’s Bar and Grill – where five people were stabbed to death and the building was torched in 2012 – is again full of tenants.

“After such an event, we felt after a while of the building being on the market and stagnating that it was important to give it an all-over face-lift,” said Susan Karsh, a Newmark Grubb Knight Frank broker who handled both leases.

Fero’s Bar and Grill operated its pub in 4,000 square feet between 351 and 357 S. Colorado Blvd. In October 2012, the bar’s owner and four patrons we stabbed to death in a botched robbery. The men then torched the bar.

One assailant was given five life sentences, and his brother was sentenced to 70 years in prison. A third is still awaiting trial.

While the strip center at Fero’s stayed well-leased before that night, Karsh said chances of releasing the building to restaurant tenant all but went up in flames afterward.

“Many people wanted it for a restaurant, but after the fire, all of the restaurant equipment was gone, so it became not such a desirable restaurant space,” she said.

Faced with an empty block of space at a notorious location, the property’s owners renovated the building, repaved the parking lot and added a fresh new sign for the retail strip.

The work paid off last year when American Cabinet & Flooring leased about half of the former Fero’s space.

Though the events of October 2012 may have been a stumbling block for some potential suitors, Karsh said the tragedy was not an issue for Supplement Giant or American Cabinet.

But Karsh was ready to share the building’s dark past with prospective tenants.

“We checked with our counsel and our understanding was if asked, you must disclose,” she said.

Colorado Boulevard is one of the Denver area’s tightest submarkets for retail real estate. A CBRE market report for the fourth quarter of 2014 had Colorado Boulevard retail space leasing for an average $24.35 per square foot with vacancy rates hovering below 3 percent.

“There’s never been a lack of people who wanted Colorado Boulevard,” she said. “It was just the memories and the condition of the space that people didn’t want.”

After a grisly murder and a devastating fire, a retail stretch along Colorado Boulevard is coming back to life with new tenants.

You know, it wasn’t a botched robbery at all. It was a targeted attack on the owner, and unfortunately there were 4 other people there at the time. The owner and one of the killers knew each other.

Nothing on earth would have me step foot in that place, renovated or not. To think of the evil and horror inflicted on those people churns my stomach. I don’t know how anyone could work in that space and not be haunted or bothered by its past.