Josh Siegel and David Right didn’t realize last year just how long it would take to get their first standalone ice cream shop up and running. So when Charlie Berger, co-founder of Denver Beer Co., offered the owners of Right Cream a chance to take over the brewery’s in-house ice cream operation, Yum Yum’s Ice Cream, at around the same time Siegel and Right signed a lease for Right Cream’s new Tennyson Street space, they initially turned it down.

“At the time, in June, we were crushing it at Dairy Block downtown, leasing Tennyson, and frankly, we just didn’t have capacity, time or manpower to take on a third lease,” Siegel said. “It was just too much at once, but now that we’ve secured Tennyson and submitted for permits, that project is just on auto pilot for a while until we have something to do.”

Plans for Right Cream’s new Berkeley location, which the duo plans to open later this year at 3832 Tennyson St., are taking longer than expected. The city has yet to approve their construction permits, which they submitted last November, they said.

“That’s a long-term thing, but it doesn’t help us grow, scale or continue to do what we want to do now, so we needed to solve that problem,” Siegel said.

So last month, they decided to revisit the deal with Denver Beer Co. and take over Yum Yum’s standalone space at 2423 S. Downing St. The brewery opened its third taproom there in 2019 and then decided to use a small building on the property as an ice cream shop two years later.

“We were operating Yum Yum’s and serving our handmade ice cream to our guests and neighbors, but when the opportunity to have the Right Cream brand step into the space presented itself, we couldn’t resist,” Berger said in a statement to The Denver Post. “We will continue to focus on making awesome specialty small-batch beers and let the Right Cream folks make awesome specialty small batch ice creams.” 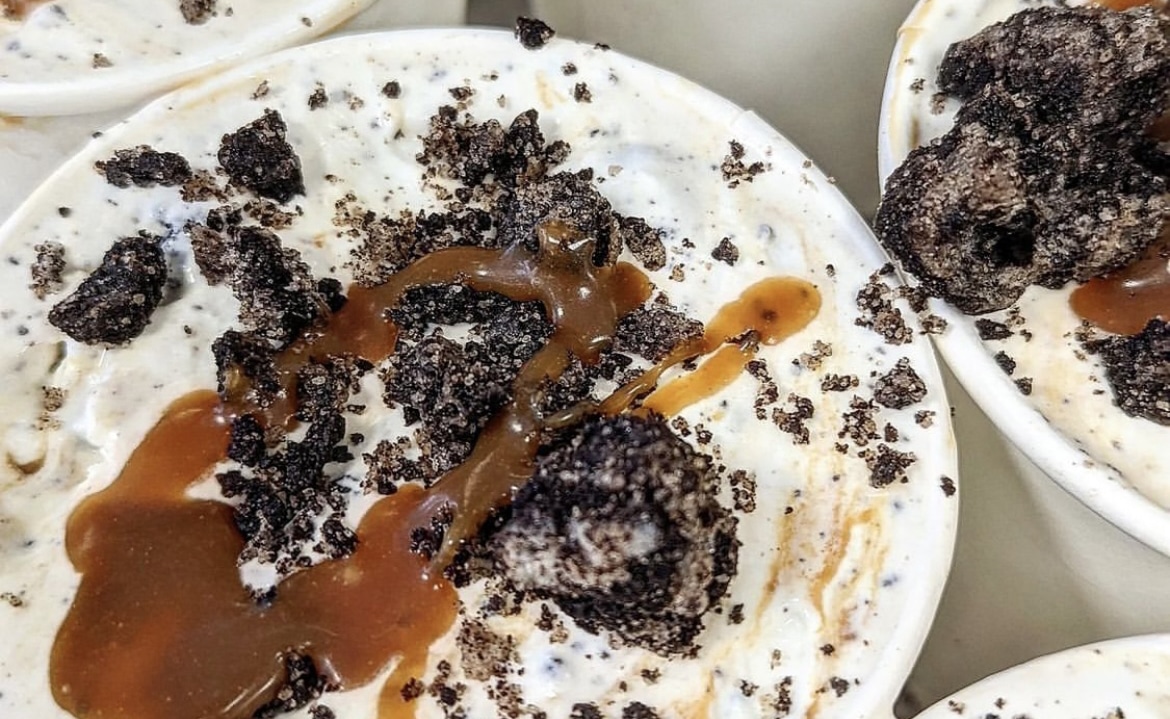 Right started Right Cream from his home during the pandemic and opened a walk-up window with Siegel for pre-sale orders and weekend-only scoops, which they closed at the end of December. The ice cream shop is known for its creative mashups of homemade ingredients, like “Cookies & C.R.E.A.M.,” with Oreo ice cream, crunchy Oreo toffee and salted caramel.

“Downtown isn’t the greatest place to go for ice cream,” Siegel said. “It’s really hard to park and hard for people to find us in the Dairy Block, but our new location has solved all those problems for us. It’s easily visible, a standalone location with parking, and easy to get to, so it was a no-brainer for us.”

Right Cream plans to open in Yum Yum’s old space in February, but it will start offering pre-sale pints on social media for customers to pick up at the new location this month.

“Everything is bigger and badder and better at this new Rosedale location,” Siegel said. “We’ll be able to do more volume, more capacity and more wholesale.”

This story originally appeared on The Denver Post, a BusinessDen news partner.

Yum Yum’s Ice Cream opened in 2021 as an offshoot of the popular brewery.