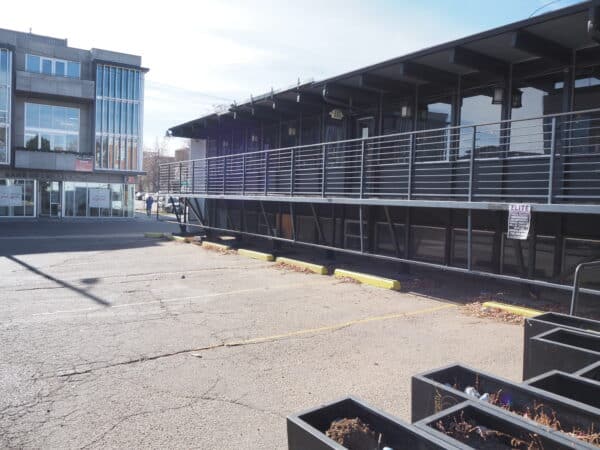 The property at the corner of 32nd Avenue and Vallejo Street sold for $2.75 million. (Thomas Gounley)

A shuttered restaurant property in LoHi has sold to a Chicago buyer that’s come to like the neighborhood.

The buyer was 2201 32nd and Vallejo Real Estate LLC, an entity formed by Clay Hamilton. Hamilton is co-owner of Happy Camper, a pizza joint born in Chicago that opened a LoHi location in 2020.

Attempts to reach Hamilton through his broker, Sam Zaitz of JLL, were unsuccessful.

The building at the corner of 32nd and Vallejo was previously home to Saffron Grill, a Mediterranean restaurant. The property was sold by 2201 W 32nd LLC, which purchased it in October 2014 for $1.03 million, records show. Joe Awad of Henry Group Real Estate represented the seller.

The property at the corner of 32nd Avenue and Vallejo Street sold for $2.75 million. (Thomas Gounley)

The property at the corner of 32nd and Vallejo last sold in 2014.