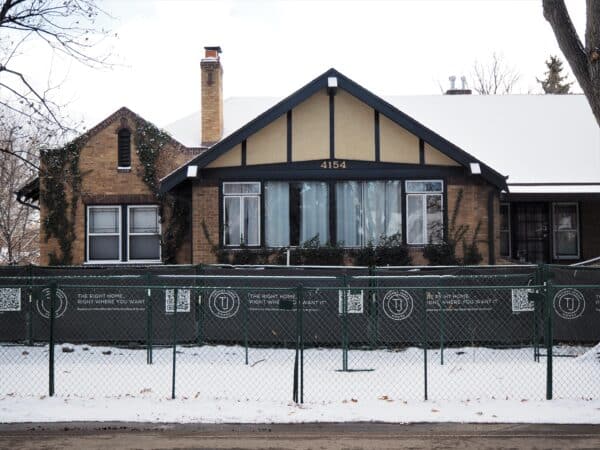 A nearly century-old home along 17th Avenue Parkway in Park Hill won’t become a city landmark against the wishes of its owner.

Landmark status would have effectively prevented the building from being demolished. The commission’s other option was to forward the application to the City Council, which would have made the final decision.

Homebuilder Thomas James Homes purchased the 2,000-square-foot home on a 0.28-acre lot for $1.48 million. In August, the company applied for a demolition permit for the property.

The city posted notice of the demolition request at the property, and three women who live on the block submitted the application.

Sarah Cowell, one of the three, told BusinessDen earlier this month that her primary concern was that neither of the two new homes Thomas James Homes planned to construct on the lot would face the parkway.

On Tuesday, however, while some commission members expressed sympathy with that concern, the majority indicated the structure wasn’t notable enough, whether in terms of architectural prominence or its original owners.

The home was constructed in the late 1920s for Robert P. and Louise Martin, according to a report written by city staff. Robert Martin owned a construction company called Martin & Martin with other family members.

“I’m not convinced he was any different to other contractors of the time,” commission member Erika Warzel said at the meeting.

The City Council has designated only one individual building as a landmark against the wishes of its owner: the former Beth Eden Baptist Church at 3241 Lowell Blvd. in 2014. But it’s common for owner-opposed applications to get past the landmark commission. In November, the commission forwarded an application for late architect Richard Crowther’s former home in Cherry Creek, only to see the council vote 8-2 last week to reject it.