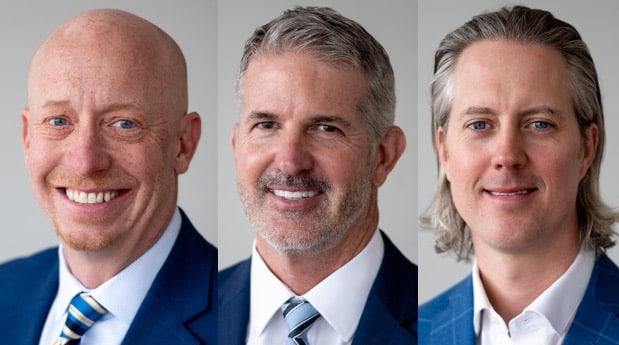 A Denver judge has thrown out a lawsuit from three prominent real estate brokers who claimed they were duped into signing a non-compete clause.

Denver District Court Judge Alex Myers ruled Friday that because the clause was signed in 2014, a three-year statute of limitations has long since expired. Also, the brokers should have known well before 2019 that they had signed a non-compete clause.

“It is simply not plausible … that plaintiffs did not know for nearly five years that the final purchase agreement they signed contained restrictive covenants,” Myers wrote.

Friday’s ruling is the latest in a series of legal losses for Terrance Hunt, Chris Cowan and Shane Ozment. In March, a New York judge rejected a similar attempt by the trio to drag other brokers into the legal fracas between themselves and Newmark, their former employer.

Hunt, Cowan and Ozment left Newmark for a rival, CBRE, in May 2021. Newmark then sued them in New York, alleging they violated a non-compete clause. That clause was tucked inside a purchase agreement between Newmark and ARA Colorado that the brokers signed in 2014 when ARA, which they owned a small stake in, was bought by Newmark.

The trio’s only significant win came over the summer, when the judge in the New York case released them from the non-compete clause after one year rather than two. As a result, they have been able to sell multifamily property for CBRE in Colorado since July. But Newmark’s case against its three ex-employees is still ongoing in New York.

Unless they choose to appeal Myers’ ruling, his decision last week closes the brokers’ Colorado case. An attorney for the brokers, Allison Kostecka with the national law firm Gibson, Dunn and Crutcher’s office in Denver, did not respond to requests for comment.

Kostecka had urged Myers not to dismiss the lawsuit, which was filed just four months ago. She claimed her clients only learned of the non-compete clause in July 2019, when they tried to renegotiate their contracts at Newmark and a boss there told them about it.

But Myers noted that Hunt, back in 2014, inquired about why the trio had to sign the purchase agreement. That suggests the brokers knew or should have known what was in it.

“Plaintiffs voluntarily signed the agreement without seeing the complete terms while simultaneously questioning whether it was a good idea to do so,” the judge wrote. “That does not provide justification for not reading the contract for nearly five years, but instead confirms the unreasonableness in failing to do so.”

Box and Hawks were the plaintiffs’ mentors at ARA. They, along with the Newmark employee McCabe, urged the three plaintiffs to sign the purchase agreement in question in 2014.

The defendants’ attorneys, Raymond Martin and Matthew Rotbart with the Denver-based law firm Wheeler Trigg O’Donnell, did not respond to requests for comment.

Terrance Hunt, Shane Ozment and Chris Cowan should have known what they were signing, Judge Alex Myers ruled.