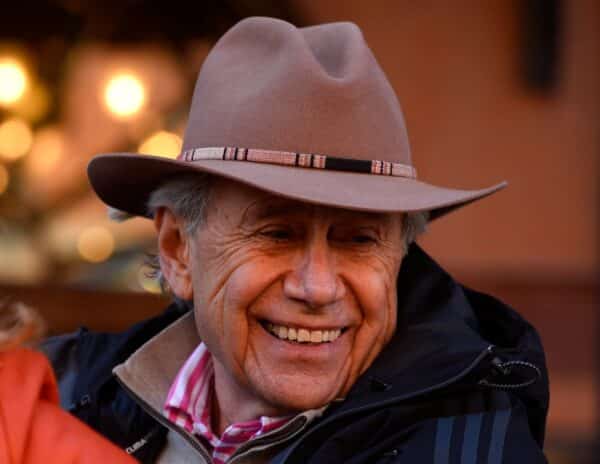 The Colorado Court of Appeals has sided with the billionaire Phil Anschutz in his dispute with the state’s revenue department over a nearly $8 million tax refund.

A three-judge panel of the appeals court ruled unanimously Thursday that the CARES Act, a federal law passed by Congress in 2020, retroactively applies to the 2018 tax year. A provision in that law allows Anschutz to reduce his taxable income and receive the refund.

“By its terms, the CARES Act provisions applied to the 2018 tax year and nothing in the state income tax code limited that modification,” the Court of Appeals determined.

The ruling sends the case back to Denver District Court for further consideration.

Anschutz, 82, is worth $11 billion, according to Forbes. He and his wife Nancy control a wide portfolio of real estate and businesses; they own the Broadmoor resort in Colorado Springs, along with the Colorado Springs Gazette and Denver Gazette newspapers.

“We are pleased that the Court of Appeals applied Colorado law as written,” said Anschutz attorney Kenneth Rossman with the Lewis Roca firm, “and confirmed the longstanding understanding that Colorado tax law automatically incorporates changes to federal tax law.”

Attorneys for the Department of Revenue did not respond to a request for comment. DOR spokeswoman Suzanne Karrer declined to comment.

The CARES Act eliminated limits on the amount of “excess business losses” that taxpayers could deduct from their taxable income for the tax years 2018, 2019 and 2020. It also granted those taxpayers the ability to amend their 2018 and 2019 tax returns accordingly.

So, the Anschutzes did and determined that, under the new law, they had overpaid their 2018 taxes and were owed a nearly $8 million return. The Department of Revenue disagreed. It pointed to a law that the Colorado General Assembly passed in 2020, which prohibits using the CARES Act to reduce tax burdens for 2018 and 2019.

Phil and Nancy Anschutz sued the department in April 2021, alleging it wrongly denied them the refund of their 2018 taxes. Four months later, Denver District Court Judge Eric Elliff threw out the lawsuit, citing the state law that prohibits retroactive refunds for 2018 and 2019.

The Anschutzes appealed that decision to the Court of Appeals two weeks later.

“The question this appeal presents — one never before addressed by a Colorado appellate court — is whether a congressional amendment to federal income tax laws that lowers a taxpayer’s federal taxable income for prior tax years entitles a Colorado taxpayer to file an otherwise timely amendment to their state income tax return for those prior years in order to claim a refund,” Court of Appeals Judge Ted Tow wrote Thursday.

The answer to that question, according to the court, is yes. Because Colorado’s state tax code was designed to line up with the federal tax code, the CARES Act’s changes to the federal code apply in Colorado and the Department of Revenue must comply with them.

It remains to be seen whether the Court of Appeals ruling will lead to an increase in state tax refunds for the 2018 and 2019 tax years. Elliff, the Denver judge, warned in his decision last year that a ruling in the Anschutzes’ favor “could create surprise cost burdens for future years” that would come “at the expense of other state projects.”

“The significance of the expenditure associated with issuing refunds to all those who would qualify seems highly problematic,” Elliff wrote, “compounded by the fact that it was neither the Colorado legislature nor the voters who mandated this expenditure.”

The 82-year-old sued Colorado’s Department of Revenue last year after he was denied a refund check.