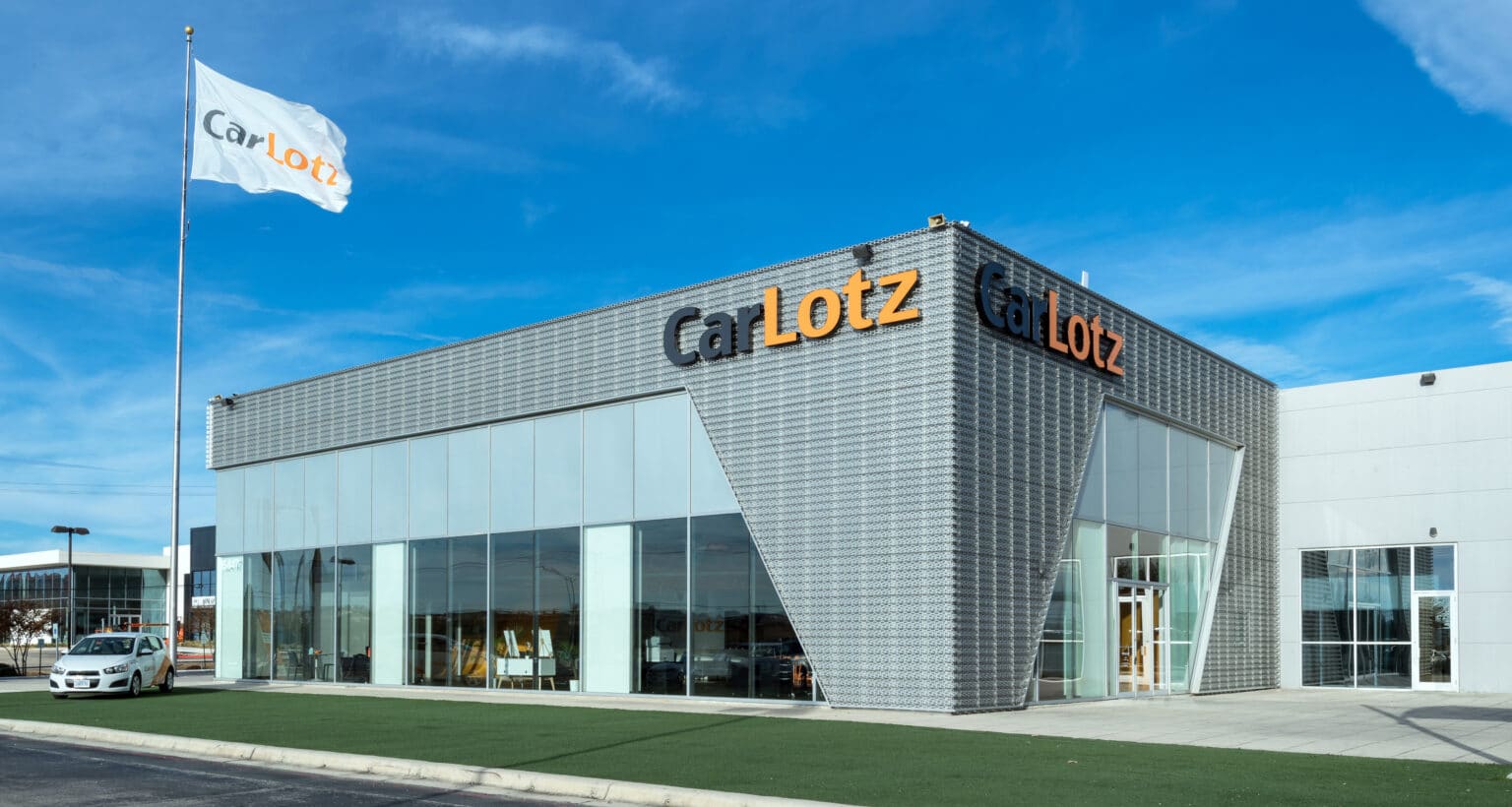 CarLotz has closed its store at 8120 W. Tufts Ave. in Denver. (Photo courtesy of CarLotz)

Struggling used car retailer CarLotz has closed its Denver lot ahead of a planned merger.

The Richmond, Virginia-based company, which went public in early 2021, said in a Nov. 10 SEC filing that it closed its store at 8120 W. Tufts Ave. for good that day, along with two other locations in Virginia and Alabama.

The Denver location opened in the summer of 2021. CarLotz leases the approximately 4.6-acre property, previously home to another used car seller. Denver-based Drake Real Estate Services bought the property for $5.7 million in May 2021, records show.

Unlike most used car retailers, CarLotz doesn’t buy the vehicles it sells. Instead, it charges vehicle owners a $299 listing fee, then takes $799 when the vehicle sells, CEO Michael Bor told BusinessDen last year. Colorado buyers are charged a “processing fee” of $799, according to the company’s website.

In addition to displaying vehicles at its lots, CarLotz lists them on websites such as AutoTrader and Cars.com.

CarLotz was founded in 2011 and went public in January 2021 by merging with a special purpose acquisition company, commonly referred to as a SPAC deal. Its stock price peaked that month at nearly $12, but shares closed Monday at 21 cents — a 98 percent decline.

The three closures that CarLotz announced last week will leave the company with eight locations, according to the company’s website.

CarLotz had 22 locations as of June, but announced that month that it was closing half of them, according to BusinessDen’s sister site Richmond BizSense.

CarLotz announced in August that it planned to merge with San Francisco-based Shift Technologies. Shift, which is also publicly traded, has seen its stock price fall 70 percent since the deal was announced. The company was warned by Nasdaq in October that it could be delisted.

CarLotz has closed its store at 8120 W. Tufts Ave. in Denver. (Photo courtesy of CarLotz)

Virginia-based CarLotz has hit a lot of speed bumps since going public through a SPAC deal in 2021 and its stock price has plummeted.