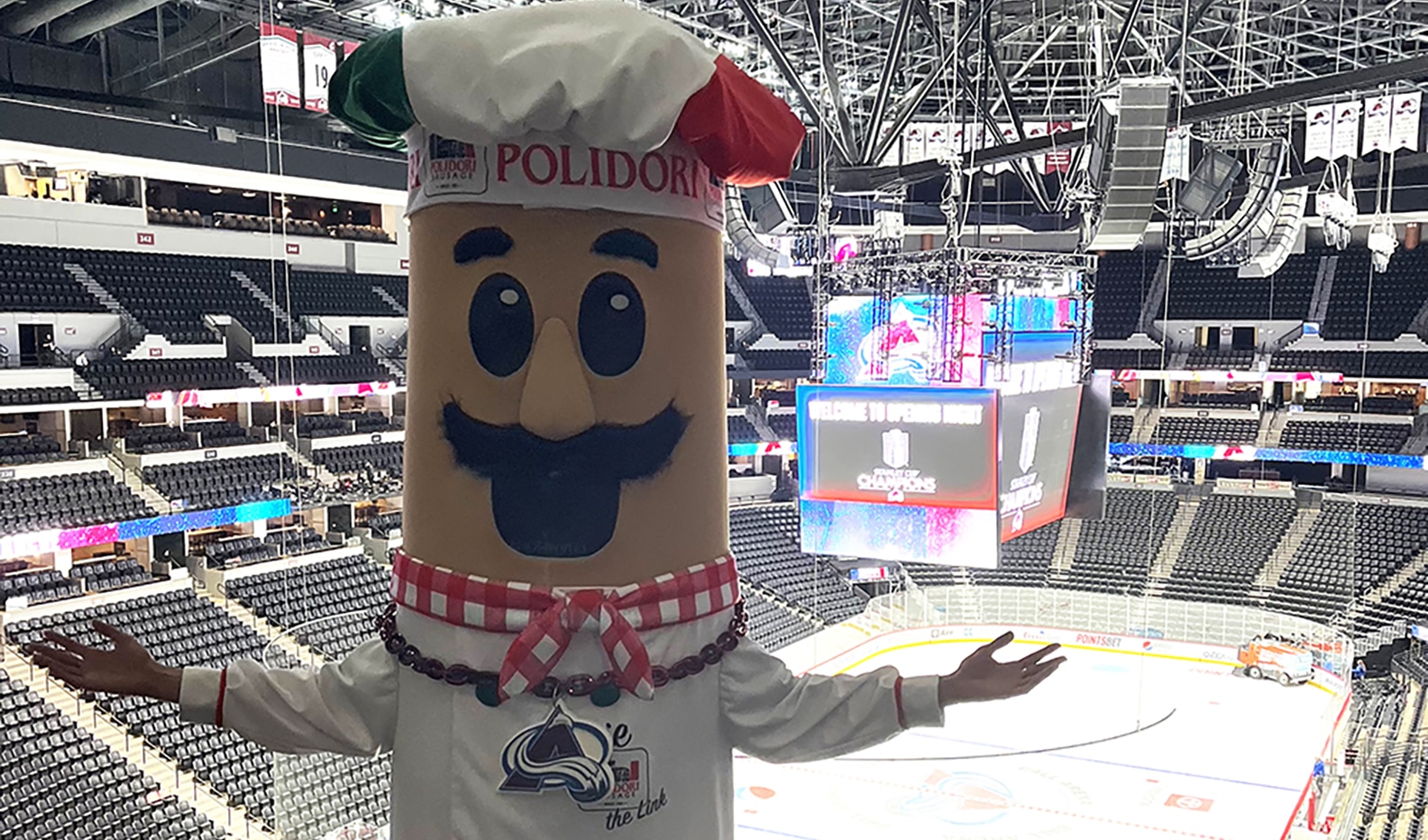 Local meat producer Polidori Sausage has a two-year deal to be the “official sausage of the Colorado Avalanche.” (Brevin Fields photos)

Polidori Sausage is hopping on the Avalanche bandwagon.

The local meat producer became the “official sausage of the Colorado Avalanche” after securing a two-year deal with the Stanley Cup winner.

Polidori Sausage products are available at several concession stands and branded carts throughout Ball Arena. The venue will sell a selection of Polidori’s products, including hatch chili cheese sausage, bratwurst and Italian sausages, during Avalanche games, Denver Nuggets games, concerts and other events at the arena.

The deal was finalized Sept. 16 after talks began several years ago with the Avalanche and Kroenke Sports & Entertainment, which operates Ball Arena.

Co-owner Melodie Polidori Harris declined to disclose the terms of the deal, but it runs through the end of the 2023-2024 season. 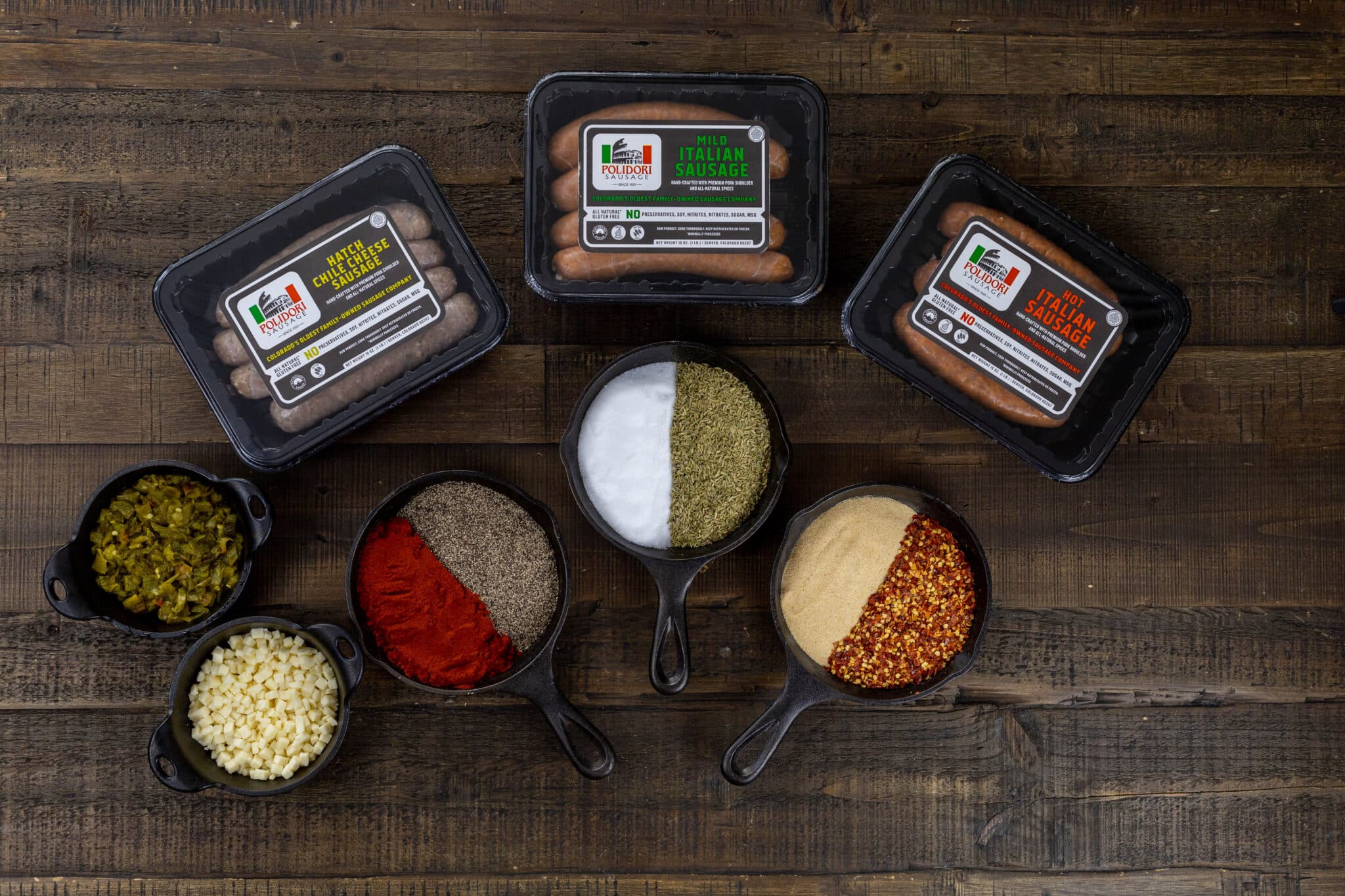 Polidori Sausage is sold at grocery stores such as King Soopers, City Market and Safeway.

About a quarter of Polidori Sausage’s business comes from retail sales at grocery stores such as King Soopers, City Market and Safeway, Polidori Harris said, and the sausage maker supplies major food distributors that sell to restaurants. Polidori Sausage also supplies other sports arenas, including the Colorado Rockies at Coors Field.

“We want to be the hometown sausage across a majority of the sports in Colorado,” Polidori Harris said. “This adds to our portfolio.”

She expects the latest deal with the Avalanche to bolster her company’s branding and product recognition.

“It’s allowing Avalanche fans to be able to get our product at the stadium and then, hopefully, translate into when they want sausage from the grocery store, they’re picking up Polidori,” she said.

Some of Polidori’s best-sellers in grocery stores and restaurants include its Italian sausage, hatch chili cheese sausage and breakfast sausage, which is served in eateries such as Urban Egg, Snooze, the Original Pancake House, Le Peep and Delectable Egg. 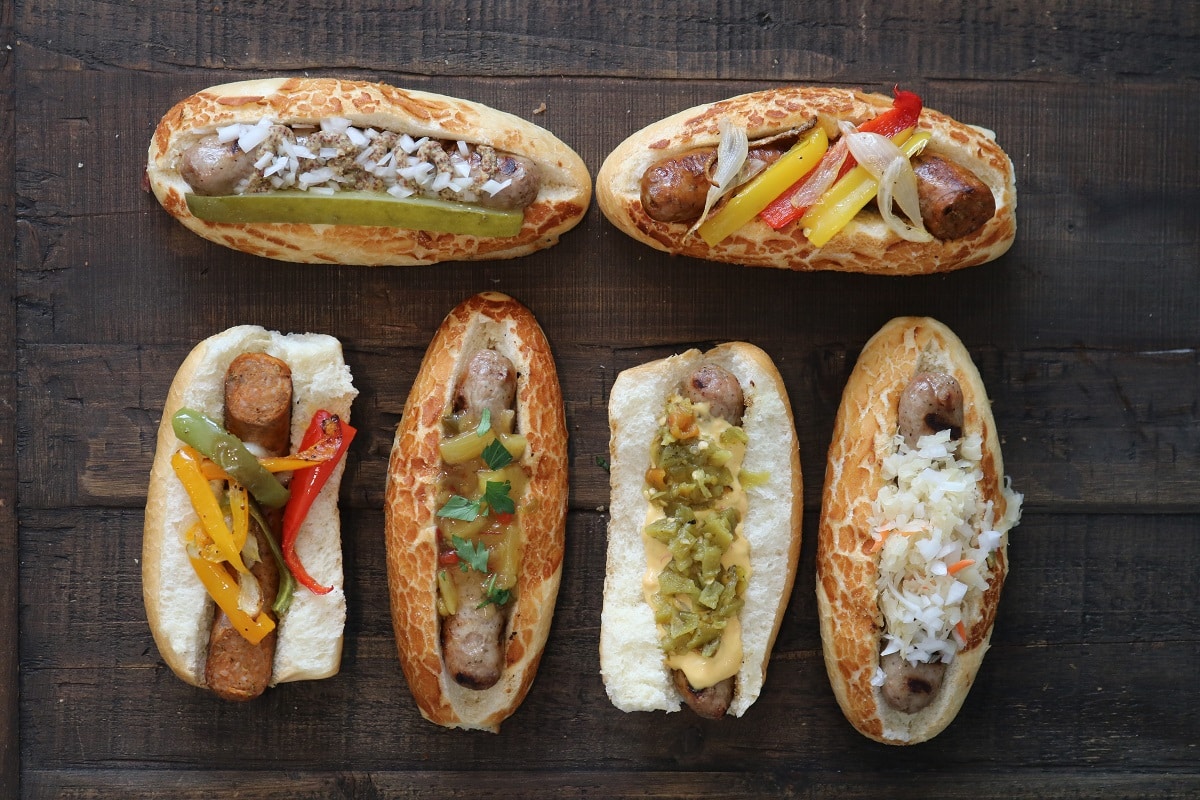 Some of Polidori’s products are sold at Ball Arena concession stands.

“We seem to have cornered a pretty good market with the quality of products and breakfast sausages,” Polidori Harris said.

The deal with the Avalanche comes as the rising cost of food and raw materials has challenged Polidori Sausage during the last year. The price of pork doubled at its peak, and the cost of corrugated packaging was up as much as 75 percent. Despite increasing materials costs, Polidori Harris said her company has not raised prices this year to remain competitive in the marketplace.

“Probably the biggest challenge that we’ve faced this year is our margins have eroded a little bit because of high pork prices, and that’s our biggest raw material,” Polidori Harris said. “We feel pretty strongly about not raising our prices.”

Polidori Sausage employs 35. Polidori Harris and her brother Steve Polidori mark the family’s fourth generation of owners. Her son works at the company, too.

“It’s a winning combination with Italian sausage, which is our great grandmother’s family heirloom sausage recipe that we’re still making today nearly a century later just like she did back in 1925, albeit in larger batches,” Polidori Harris said.

In addition to reaching more patrons through the deal with the arena, the Denver sausage maker is also developing a pea-based sausage after one of Polidori’s largest customers asked the manufacturer to create a plant-based sausage. That product is nearing the end of research and development, she said.

Local meat producer Polidori Sausage has a two-year deal to be the “official sausage of the Colorado Avalanche.” (Brevin Fields photos)

“We want to be the hometown sausage across a majority of the sports in Colorado,” said a co-owner of Polidori Sausage, which is sold at Ball Arena and other venues.