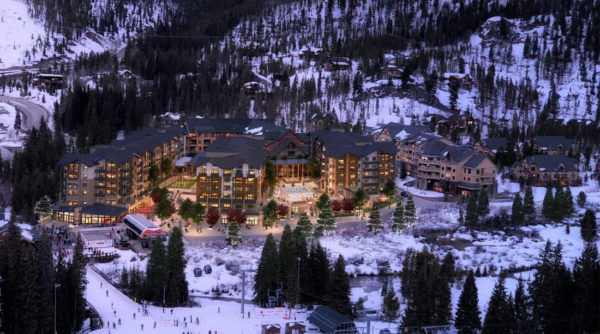 A rendering of the One River One development. (Courtesy of Oz Architecture)

The co-developer of a $300 million resort in Keystone says $8 million went missing from the project and the firm was then pushed out for revealing the other developer’s bank fraud.

That developer accused of fraud says the other developer is a liar, sham and grifter who committed a federal crime while running a scam that cost the project $72 million.

The Kindred Resort, which broke ground earlier this year and is expected to open in 2025, will be a ski-in, ski-out hotel and condo complex on four acres. Its 95 condos range in price from $1 to $6 million, according to Summit Daily.

But beyond the boastful press releases and smiley groundbreakings, there are lawsuits sitting at courthouses in New York City and Breckenridge that reveal deep and lasting animosity between the two firms picked by Vail Resorts to co-develop the project. The result could be years of costly litigation, with each side demanding the other pay tens of millions of dollars.

This much is agreed upon: In the fall of 2020, Vail Resorts introduced the Aspen-based development group One River Run Acquisition, or ORRA, to a national real estate investment firm called Greenwich Group International, or GGI, and tasked them with creating Kindred. The 50-50 partnership was to combine ORRA’s development skills with GGI’s fundraising.

Within two weeks, GGI found things were amiss, it claims. The land that Kindred would be built atop was quietly transferred to newly created LLCs operated by ORRA’s owners and their family members, GGI alleged in a lawsuit filed Oct. 18 in Summit County District Court.

GGI had been convinced to partner with ORRA after learning the latter invested $15.8 million of its own money into the project — evidence of its strong commitment. But GGI now says that ORRA “fraudulently misrepresented” its investment in Kindred.

In February 2021, ORRA and GGI asked that FirstBank increase a $6 million loan to $8.5 million. FirstBank agreed to but, as part of its standard due diligence, asked for proof that ORRA was investing $15.8 million. According to GGI, that’s when the bank noticed ORRA’s actual investment was about $7.8 million, not $15.8 million.

“$8 million was missing from the project,” GGI’s lawsuit states.

A spokeswoman for FirstBank, wishing to stay out of the contentious litigation, declined to say whether that story is accurate.

GGI became concerned about its development partner and declined to personally guarantee the FirstBank loan, according to its lawsuit against ORRA and ORRA’s owners. So, ORRA, in April 2021, stripped GGI of its interest in the project, despite their 50-50 agreement. It also refused to reimburse GGI or buy out its stake in Kindred, according to GGI.

“We worked really hard to identify and bring parties to the table to provide funding for Kindred Resort — funding that’s being used to build the project right now,” GGI said in a statement.

“The Greenwich Group set the stage for turning Kindred Resort from a dream into a reality, but then ORRA cut us out to take all of the profits for themselves, with no compensation for our contributions. We just want to be paid for our work,” the company added. 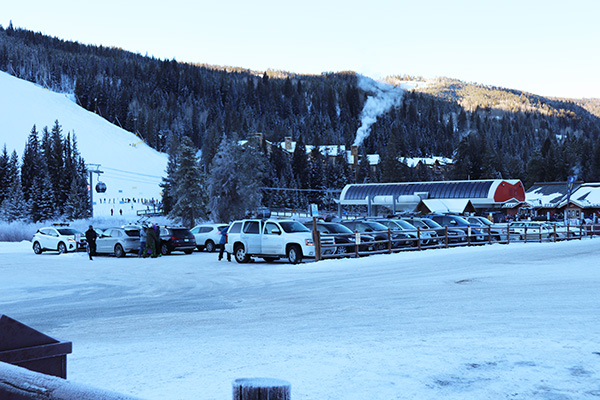 The parking lot at the base of the Keystone River Run Gondola on Jan.1 2021.

Seventeen hundred miles to the east, ORRA is telling a much different story.

In a 41-page lawsuit filed Tuesday night in New York, where GGI is registered to do business, ORRA uses versions of the word “fraud” 47 times and “extortion” 20 times in describing GGI’s actions.

“The complaint alleges a fraud so outrageous it was impossible to detect until this sham company had already gained access to the deal and began extorting money by acts and threats imperiling a premier and unique resort,” ORRA attorney Michael Bowe said in a statement.

Bowe alleges in the lawsuit that GGI lied to ORRA and Vail Resorts when it claimed to know how to solicit investments. GGI’s website once said it was a licensed securities broker when it was not, according to ORRA. “Which is, itself, a federal crime,” Bowe wrote.

While GGI claims it found investors for Kindred, ORRA says GGI failed “to secure any financing for the project,” refused to invest its own money, and cost the project dearly.

ORRA’s lawsuit refers to the negotiations with FirstBank as “a small issue” that should have been resolved by GGI guaranteeing the loan. But ORRA says GGI never intended to invest in Kindred so, in order to avoid guaranteeing the loan, it invented “entirely false” claims that ORRA had committed bank fraud by lying to FirstBank about its investment.

“Once ORRA terminated their relationship with the defendants because of their fraud, the defendants then resorted to outright extortion, by threatening to scuttle the entire transaction if they were not paid millions of dollars,” ORRA’s lawsuit alleges.

“GGI also partially began carrying out these threats by sending… threatening communications to potential lenders, causing some to pull out and delaying the project,” it adds.

ORRA’s lawsuit asks a New York judge to make GGI pay it more than $72 million. It says it lost that much after FirstBank backed out of the project and ORRA was forced to take on more onerous loan terms, increased construction and insurance costs, and attorney fees.

GGI’s lawsuit, meanwhile, asks a Summit County judge to return its 50-percent stake in the project and force ORRA to compensate it for its work there. The lawsuit does not estimate how much money GGI believes it is owed but suggests tens of millions of dollars.

“The recent increase in Colorado real estate prices means that the project will be significantly more profitable than the parties contemplated. GGI’s modeling demonstrates that it would earn approximately $36 million on the project,” the lawsuit states.

Vail Resorts did not respond to requests for comment about the Kindred disputes.

A rendering of the One River One development. (Courtesy of Oz Architecture)